At 84, Mary Jerram Pyle has become the oldest person to complete a doctorate at Trinity College Dublin, with her thesis, which focuses on the Harry Potter novels, titled “Harry Potter and the Unconcious Dimension.”

Pyle always knew she wanted to do a “big piece of major research just for fun,” and after getting the books for her grandchildren, she read them herself and found she enjoyed them. This led to her coming up with the theme for her PhD. 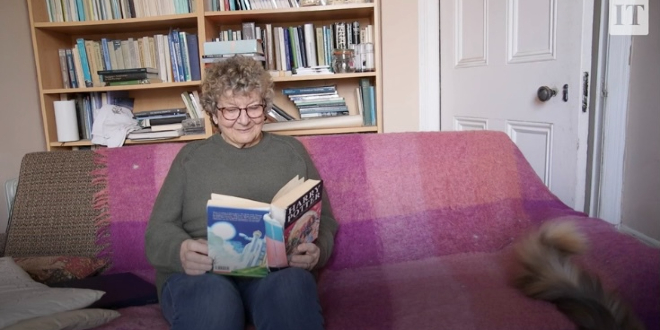 Prior to beginning her PhD, Pyle had a career as a psychoanalyst, something that helped her choose the theme of her doctorate, which is based on the premise of, if the Harry Potter books are written for children, why are they so popular with adults?

Coming from the psychoanalytic point of view, there had to be an unconscious reason. For one thing, it deals with a lot of the issues that people have growing up. […] Somehow, it gets into very deep issues [that] start in childhood but can come back again at any stage in life.

Pyle found that while there has been lots of research carried out on the Harry Potter series, “from the psychoanalytical, the psychological point of view, worldwide, there were four papers, and nobody else has done yet an entire book on the entire series.”

Pyle explained that one of the reasons she thinks adults are drawn to the Harry Potter books is because of all their allusions surrounding life and death.

Finding out she was the oldest person to ever receive a PhD from Trinity College Dublin, which was founded in 1592, was “mind-boggling.” Another interesting fact is that Pyle isn’t the first in her family to study there; in fact, she has ancestors who attended the university as early as the 1700s. Her reason for going public on her achievement was to show people that you’re never too old to do something amazing.

Pyle isn’t the first person to link the Harry Potter series to her studies – there have even been Harry Potter college courses available, such as one at Cleveland State Community College in Cleveland, Tennessee, where students could study Harry Potter in comparison with other modern texts from the United Kingdom.

Pyle received her doctorate at the beginning of November. We’re sure Hermione would be very proud of this fantastic achievement!