The first 15 cities in J.K. Rowling and Robert Galbraith’s 2016 world tour have been revealed! Now fans all across the world can attend this once-in-a-lifetime event!

The “Potter” cast are no strangers to Disney films, so it doesn’t surprise us that another “Potter” star is rumored to be involved with another upcoming Disney remake. It was announced at the beginning of the month that the next Disney film to get a makeover will be “Dumbo”, the story about the elephant with the large ears.

Earlier this morning, MuggleNet exclusively broke the news of a 2016 world signing tour for J.K. Rowling. Now it has been revealed that she will have company – none other than reclusive British author Robert Galbraith! The event will now be a double-billing, unforgettable opportunity to meet both authors, back-to-back.

In an exciting “Fantastic Beasts and Where to Find Them” film development, here at MuggleNet we’ve learned that a fan favorite “Harry Potter” character will be opening the first “Fantastic Beasts” film.

In what just may be the best news of the year (or of our lives!), J.K. Rowling has announced that in 2016 she will launch a worldwide signing tour!

The Guardian is reporting that an unnamed source has supposedly discovered a twenty-year-old letter between Rowling and a man named Charles Furch. Does the latter name sound familiar? That shouldn’t be surprising, considering in this uncovered correspondence, Mr. Furch signs his name and position – Minister for Magic. 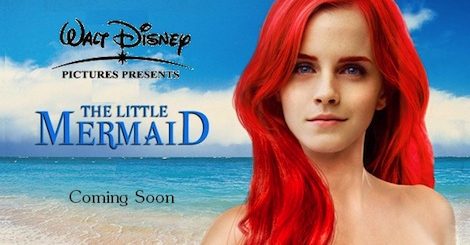 Emma Watson Cast as Ariel in Live-Action “The Little Mermaid”

Emma Watson will certainly be living the princess lifestyle this year, after reports have linked her to different projects where she will portray classic Disney princesses Belle, Cinderella, and Ariel.

Amid internet rumors that Matt Smith will be leaving Doctor Who after this season, speculation has begun about who will next fill the Time Lord’s shoes. Sources from all around the internet are confirming that the 12th Doctor will be none other than – Dame Maggie Smith!

You’ve read the book, prepared for the television show, and soon you will be able to play the game! EA Games, makers of various video games including those inspired by the Harry Potter films, has announced that a game, titled The Casual Vacancy: Welcome to Pagford will be released around the same time as the BBC mini-series, sometime in 2014.