by Melinda Novak of Cooking a la Mel

This gluten-free Golden Snitch cake was created in celebration of J.K. Rowling and Harry Potter’s birthdays. In the books, Mrs. Weasley bakes Harry a similar cake for his 17th birthday. 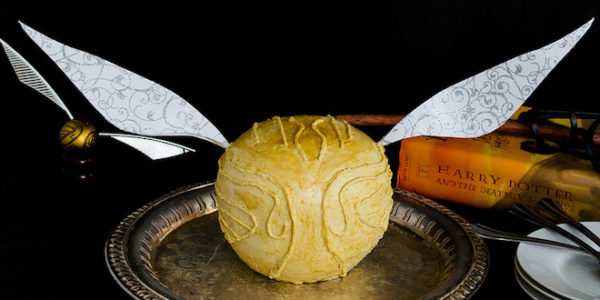