After a bit of a hiatus (unfortunately, Muggle life demands some kind of attention every once in a while), we’re back!

Chapter thoughts: Finally, the action is picking up. Harry and company have their first flying lesson. We meet one of my favorite characters, Oliver Wood, and Harry gets to play Quidditch. There’s also a run-in with Filch leading to the discovery of what’s hiding behind the locked door on the third floor…

Though this is a rather aesthetically pleasing moment, there’s not much to it. We see Harry chasing after the Remebrall (which we get to collect) and we can collect Quidditch Through the Ages from Hermione’s bag, but that’s it. This isn’t the moment I would have chosen; personally, I would have gone with the moment that Harry becomes a member of the Gryffindor Quidditch team, as it seems that is a more pivotal moment for Harry. 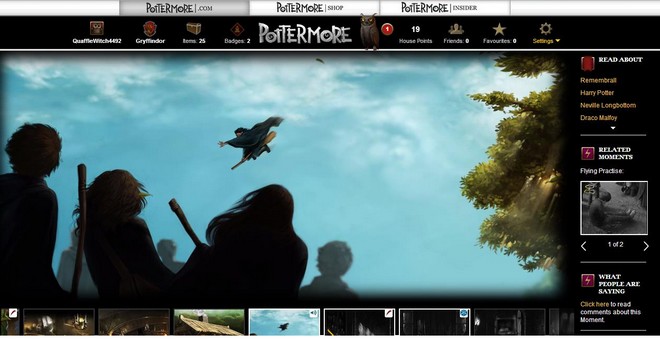 Again, another rather empty moment for such an action-filled part of the story. I wish we could have seen the backs of Harry, Ron, Hermione, and Neville as they run away from Filch. We do get some interesting information about the British folklore idea of ‘familiars’ and how they connect to the wizarding world (hint: they really don’t), but that’s about all. 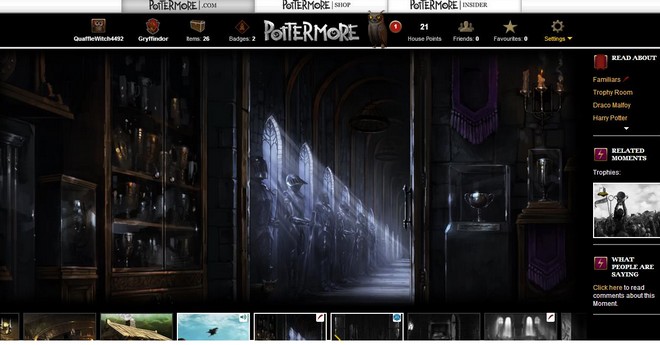 Once again, this moment seems empty of action for a chapter so full of action. We get to cast “Alohomora” and open the door, but then there’s just a growling Fluffy waiting inside. And that’s the entire moment. 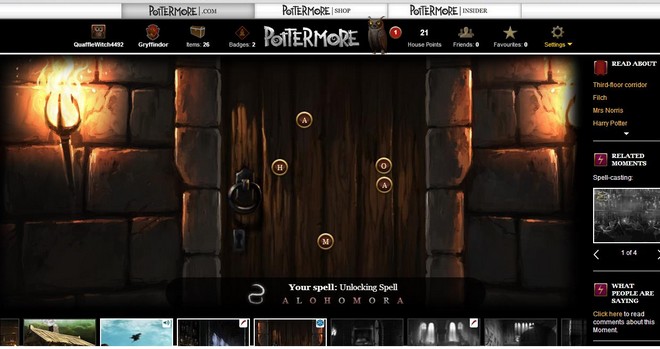 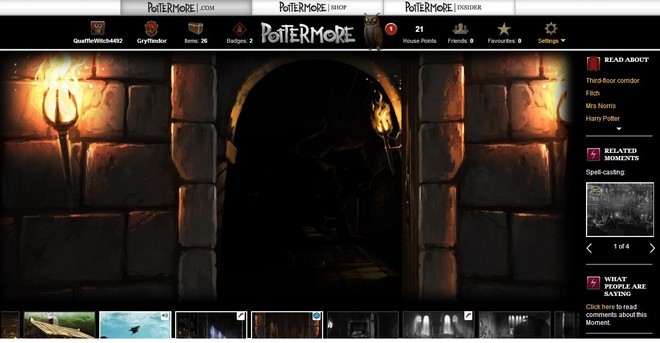 Chapter thoughts: This one of my favorite chapters. Harry has his first exposure to Quidditch and gets a really fancy broomstick, courtesy of McGonagall and, apparently, Malfoy. There’s a huge feast that’s interrupted by a troll break-in and some major Harry/Ron heroics. And finally, the trio is completed when Hermione and the boys become friends at last!

I think this is a great moment, if only for the fact that it gives us a more personal glimpse of life at Hogwarts. I love that the boys’ dormitory is messy; it just seems so normal for five eleven-year-old boys. It does make me feel a little weird to collect a Galleon from one of the nightstands; it feels like stealing from one of the boys, in a weird way. However, that’s pretty much all there is here. I like the zoom-in feature though; the sense of space is nice as you go in through the door. 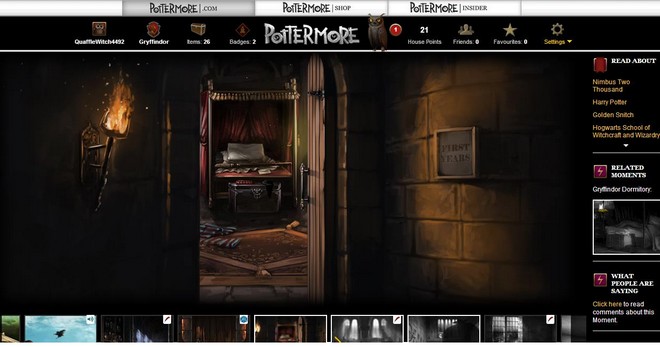 Here we have another look at one of the most described moments in this book: the charms lesson that causes Hermione to run off to the girls’ bathroom. We get a fun little moment of Seamus’ feather bursting into flames. And finally, the students are actually in the moment! We also get some new information about Hogwarts School Subjects. Hogwarts students must take seven subjects; interesting, of course because seven is a very powerfully magical number. At the end of their second year, as we know, students must choose at least two new subjects as well. JKR also writes that specialized subjects are offered for sixth or seventh year if there is enough demand. She only mentions Alchemy, but I’m curious as to what other kinds of subjects could be offered. Could there be some kind of training for different jobs offered? What about things like wand or broomstick making? Any kind of vocational training? I wish we had a little bit more detail about that. 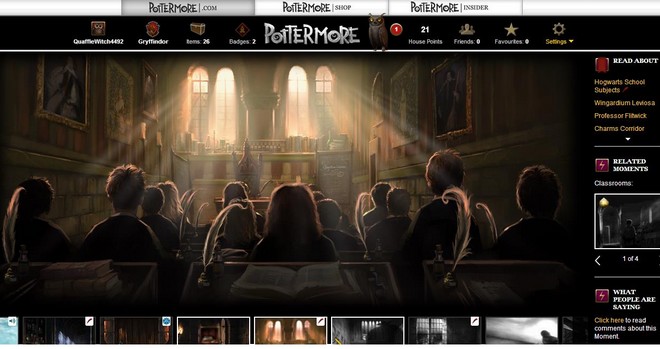 Once again, at this moment we seem to be so far away from the action. There are not even sounds of Harry, Ron, and Hermione taking on the troll. There’s no Hermione hiding under the sink, though her bag is evident.

I know that the Pottermore artists wanted to keep the experience open for readers’ imaginations to take over in constructing scenes, but it just seems that we are too far away from it through Pottermore. It almost distorts the purpose of reading the book along with the site; so much is happening at any moment in the chapter that to have nothing happening in a Pottermore moment is disappointing and makes it seem like there is no action going on in the moment of the story. 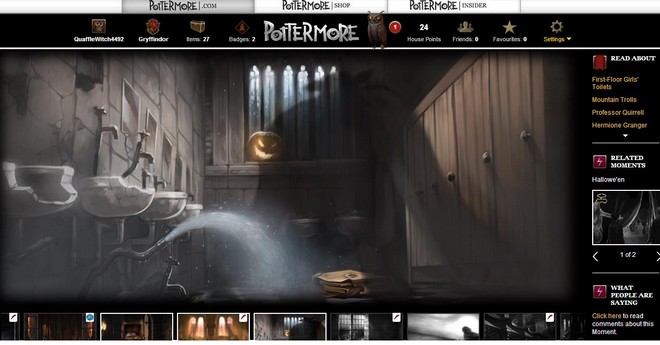 Now that our trio is complete, real adventures can begin! The weather may be getting colder at Hogwarts, but the mystery is just heating up…