At the end of last year, it was announced that the Little, Brown Book Group would be publishing an illustrated copy of J.K. Rowling’s 2008 Harvard speech. And tomorrow’s the day you can actually get your hands on a copy!

The illustrated hardback, entitled Very Good Lives – The Fringe Benefits of Failure and the Importance of Imagination, is being published worldwide on April 14, in aid of disadvantaged children in institutions and orphanages around the world. Proceeds from the sale of the book will be split two ways, with 90% going toward Rowling’s children’s charity, Lumos, and 10% going toward financial aid funds at Harvard.

The infamous speech, which emphasised the need to “embrace failure” and use the imagination to fulfill our true potential, was presented to new graduates at the 2008 Commencement Day speech and has since become the most viewed video on the Harvard website.

Given this ease of access to the words, straight from the author’s mouth, one might be forgiven for wondering on the need for such a book, other than the donation to worthwhile causes. Well, thanks to Little, Brown, MuggleNet was able to secure an early copy of the book.

We do not need magic to transform our world; we carry all the power we need inside ourselves already.

With the content so easily available, the success of this publication had to be in the execution of the illustration.

Designed by Joel Holland, the illustrations are simple but elegant, maintaining a bold color pallet of red, black, and white. Largely single objects, these images usually remain on just one page while the text is laid out on the other. Occasionally, the images burst from these boundaries and flow across the page, such as a sprawling bookcase or birds fleeing a cage. The latter imagery is part of a number of evocative images that, on an initial thumb through, lept from the pages. Odd flourishes of typography pull notable quotes from the text: “I was the biggest failure I knew.” “A scream of pain and horror” and once, sat alone in the bottom left hand corner of a page, “humility.” The color images on black allow for a strong contract with the front cover – an array of black graduation caps on red.

The images aren’t necessarily great designs in their own right. However, when set alongside this humbling text, they complement one another beautifully, making Very Good Lives a stunning addition to any Rowling collection.

I wish you all very good lives. 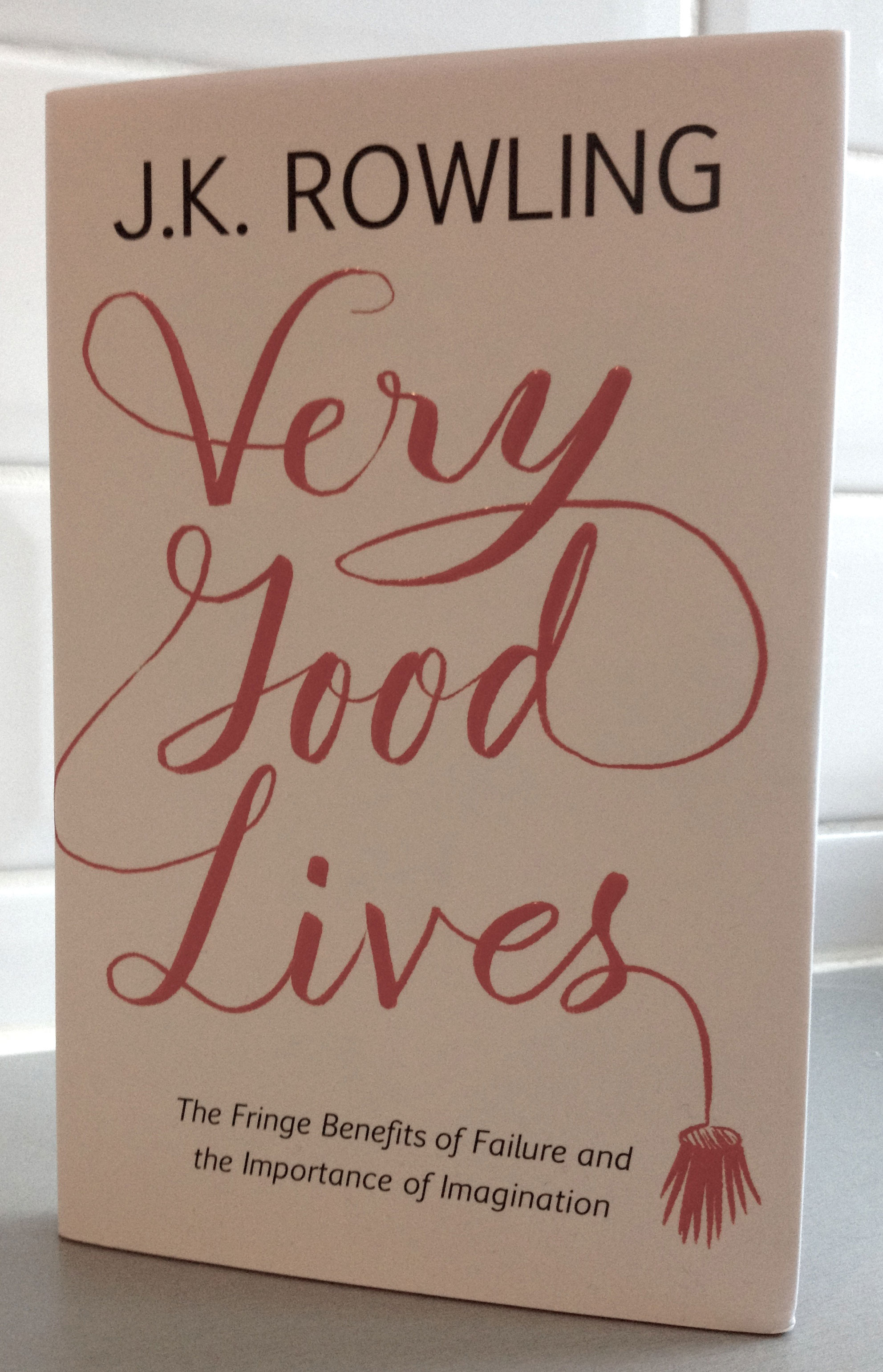 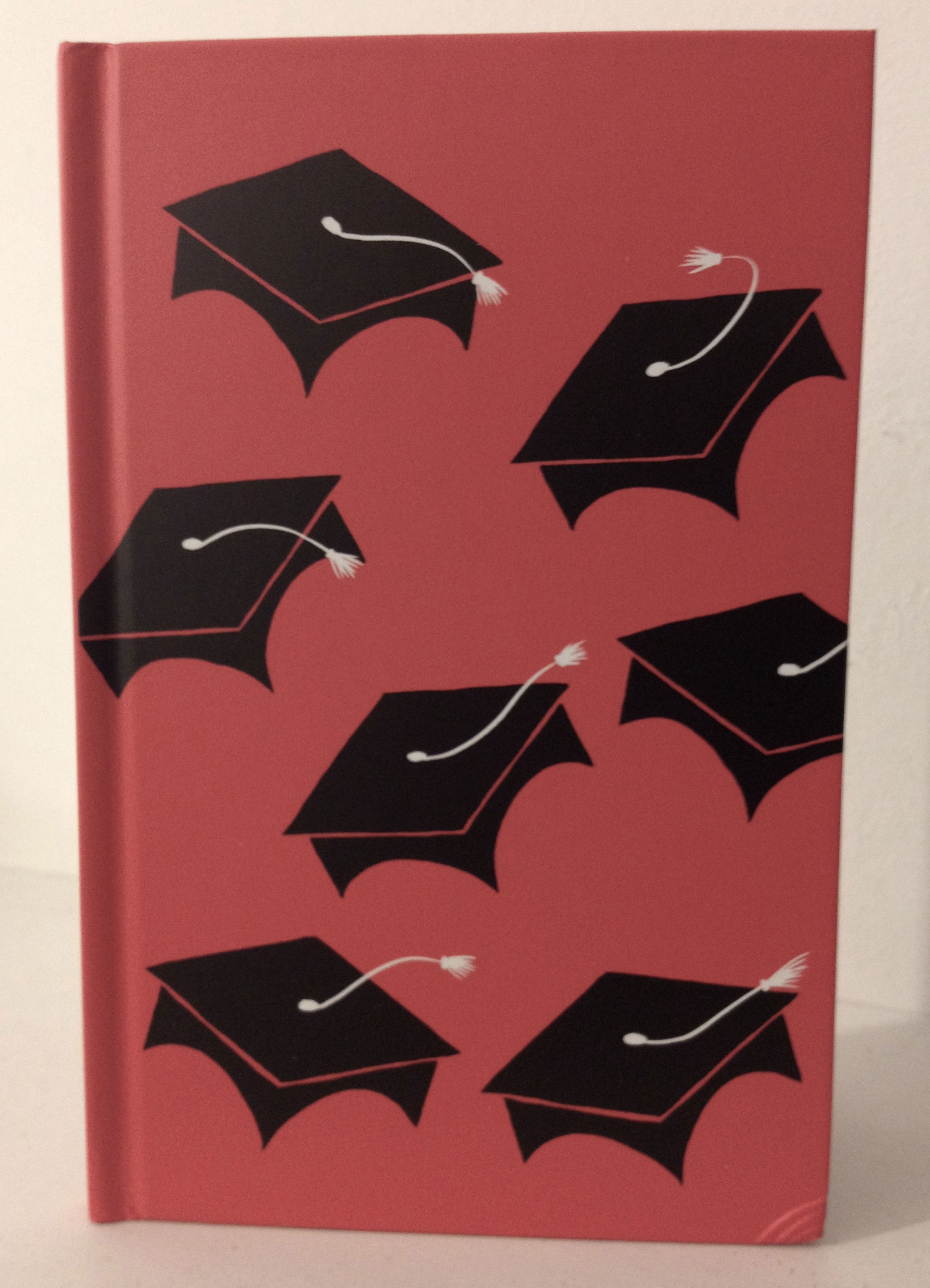 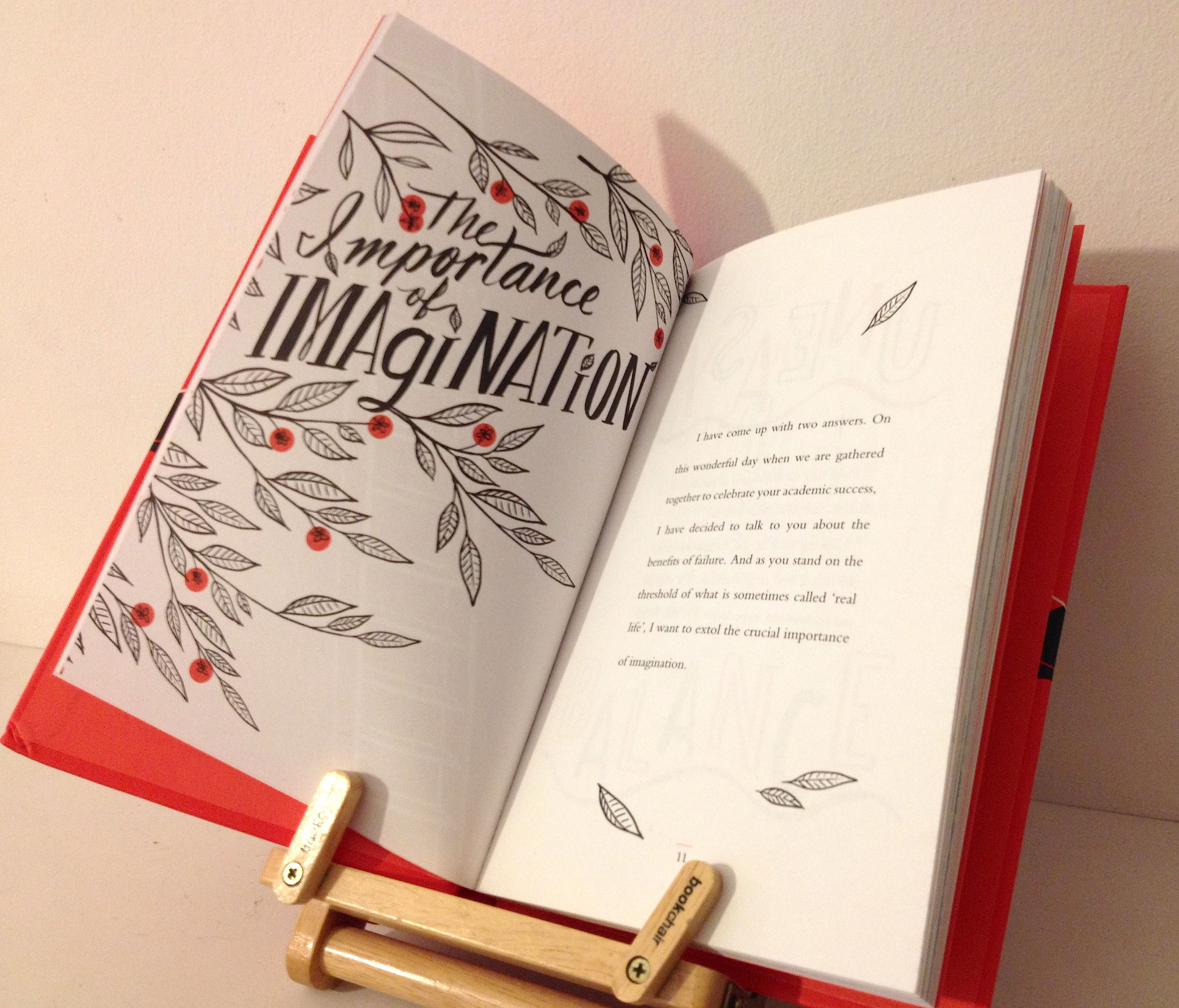 “The Importance of Imagination” 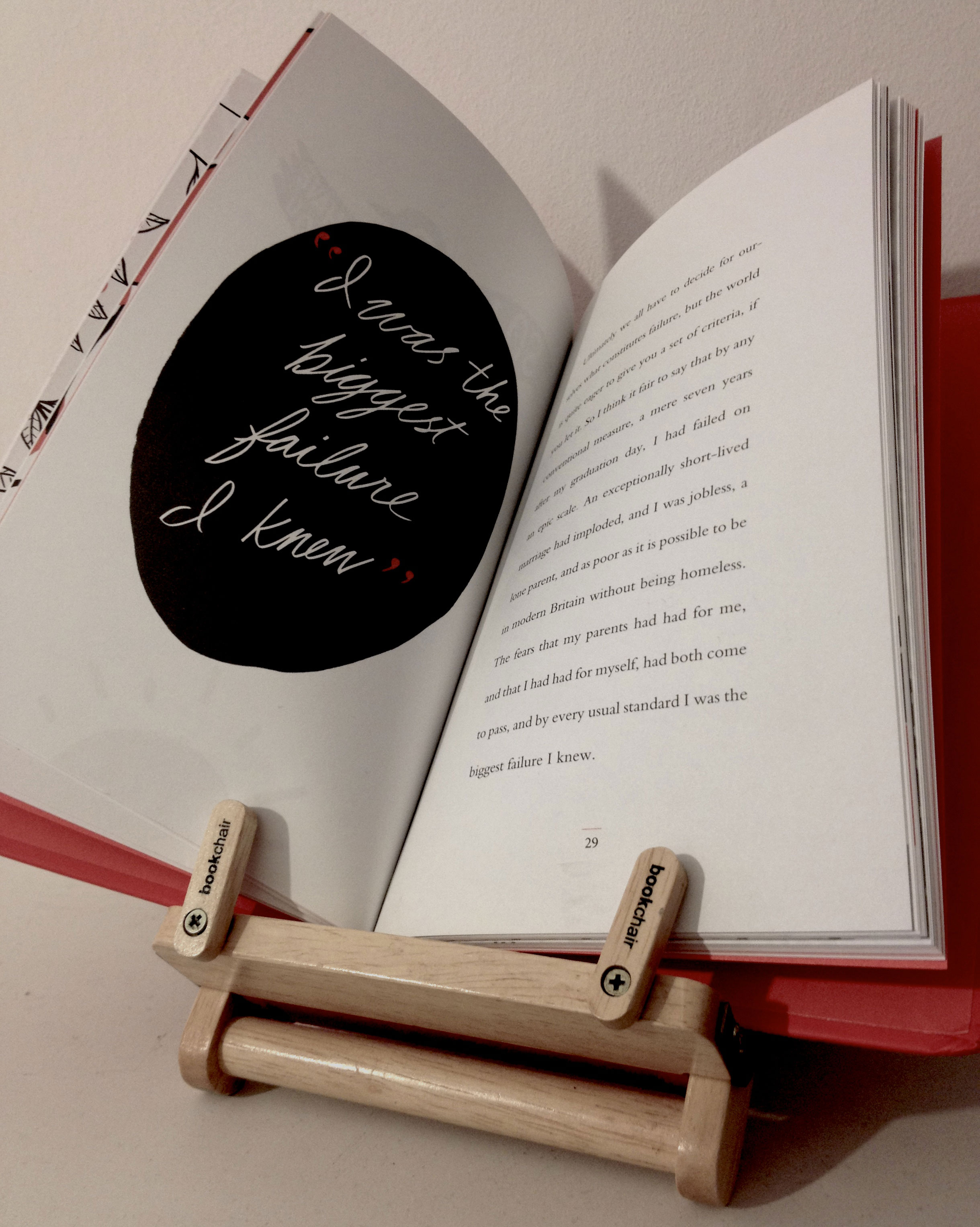 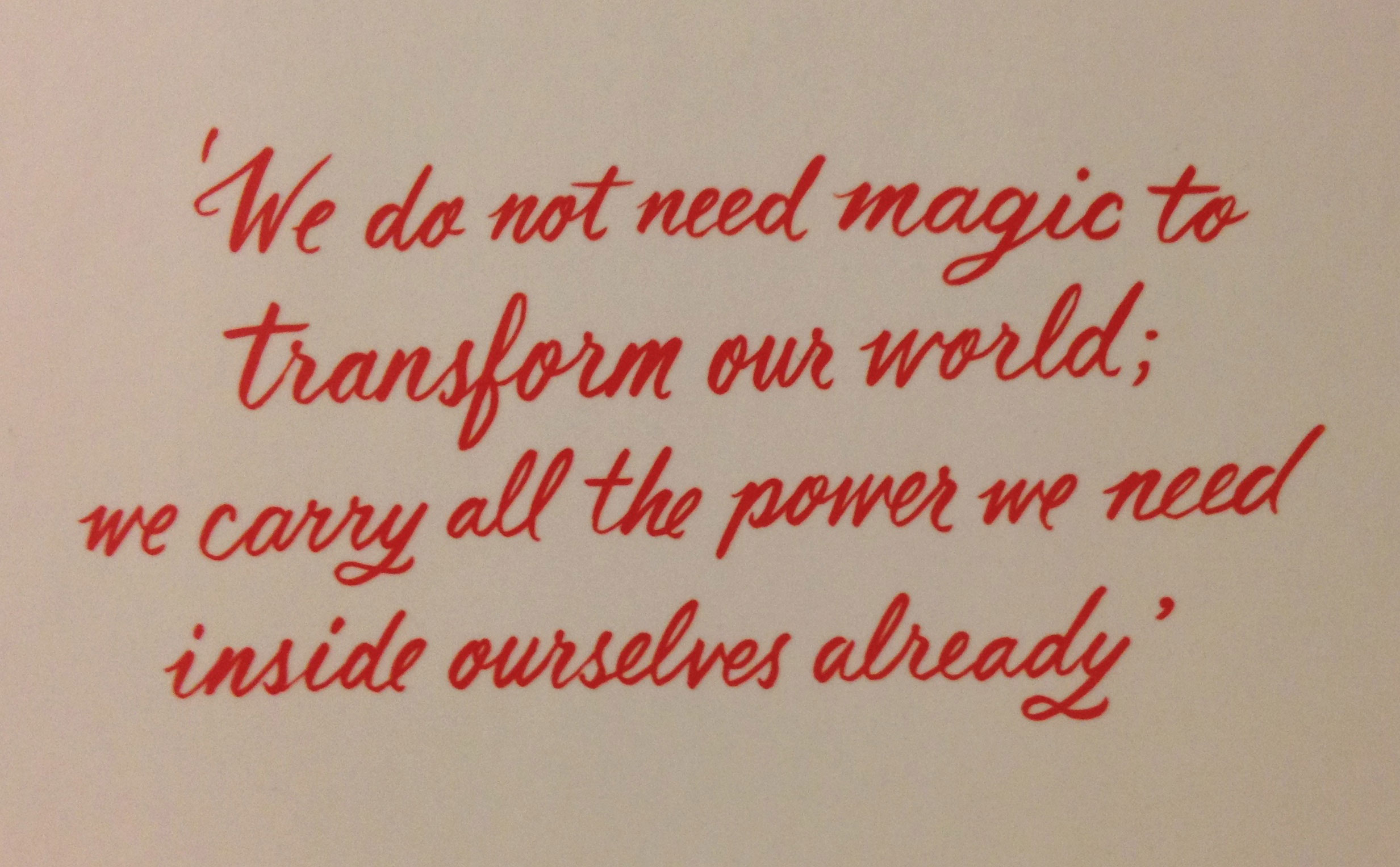