Ten Reasons Why Voldemort May Still Be More Likeable than Umbridge

1. Voldemort still hugs you… albeit awkwardly. Umbridge just curses her quill so that every time you use it YOUR HAND IS SLICED IN TWO. (Then again, Voldemort commits mass murder…)

2. Voldemort knows that black on black works in fashion. Umbridge is unaware that pink on pink does not work (except on Wednesdays). 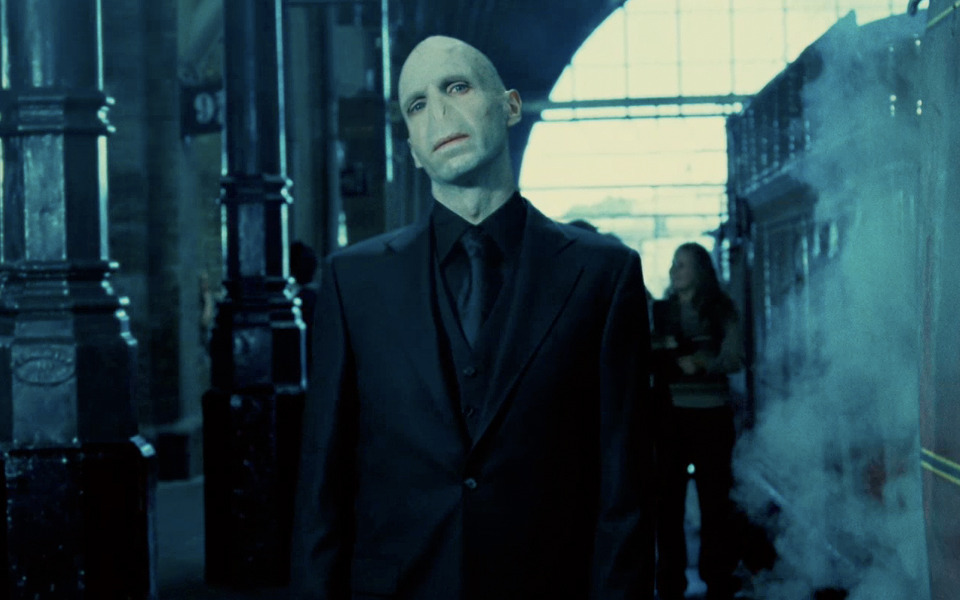 3. Sadly, no one wants to text Umbridge back. However, everyone Apparated to the graveyard when Voldemort was reborn.

4. Voldemort isn’t afraid to fight fire with fire, but Umbridge runs from it.

5. Voldemort is sneaky and manipulative, yet his cleverness helps him achieve what he wants (in true Slytherin fashion, though that’s not to say that all Slytherins stoop to his level because they most certainly don’t!). He sits at the head of the table in Malfoy Manor. Umbridge can act like the headmaster’s chair is her own, but she never had a seat at the Hogwarts table (especially in the eyes of McGonagall).

6. Our good (er, evil) man Voldy has great instincts and thoughts—terrible but great. Umbridge lacks that, so she can’t keep control of Hogwarts so easily. On the other hand, Voldemort had control of the wizarding world for a while.

7. Umbridge tries to live in a box, as well as shove everyone else in there, too. Voldemort thinks outside the box for his plans to get to Harry.

8. It’s possible to feel sympathy or at least pity for Voldemort, who never knew love and allowed this lack of a basic human function to do what he did. We can pity Umbridge, too, but sadly only after she gets taken off by a herd of centaurs. 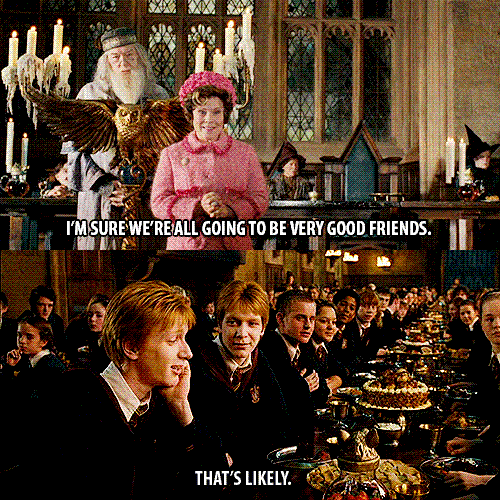 9. The major goal Voldemort aims for is pretty impressive, if not frightening still: immortality. Umbridge just wants even more prestige at the Ministry and power over Hogwarts, but psh, what is that compared to living forever and taking over the world? (Umm, well, wait a minute. What are the more realistic ambitions here?)

10. Tom Marvolo Riddle, a.k.a. Lord Voldemort, is a really interesting, intense, and frightening character. His antagonism helps shape Harry’s journey. Umbridge as an antagonist helps shape Harry’s journey, too, and though they’re both taken down in their own way against the boy wizard, Voldemort is just a little harder to fight. Umbridge is like the insecure bully you see in class trying to get in your head, but Voldemort is already the demon inside there. Everyone wants to face down Umbridge and her Hogwarts rules, but facing Voldemort and his regime is much more difficult and all-encompassing.

That being said, fighting Umbridge helped bring Dumbledore’s Army together to help combat Voldemort and his followers in the end! Which character do you dislike even more? Do you think the dislike toward Umbridge is uncalled for? Comment and discuss below!