We’re sure by now you’ve heard of the website Geeky Hostess, a site that brings fandoms together with delicious edible treats and entertaining lifestyle blogs and videos. If you haven’t heard of it before, prepare to geek out!

Last year, Tara Theoharis, the founder of the site, launched a Kickstarter campaign to bring one of her creations to life for fans all over the world: sprinkles that represented fandoms. Among those sweet treat ideas was a lightning bolt sprinkle inspired by Harry Potter, which you can see below.

As soon as the sprinkles became available, we got our hands on a bottle and went to work. We had so much fun with it that we thought we’d share our recipe and decorating ideas with our readers!

In addition to these awesome ideas for decorating with the sprinkles, MuggleNet has partnered with the Geeky Hostess to give away THREE prize packs to fans, which will include a bottle of the Potter-inspired sprinkles and a pack of wizard recipe cards. Anyone who wants to make sure they get their hands on the lightning sprinkles can also take advantage of a special 20% savings by entering coupon code “MUGGLENET” via the Geeky Hostess Etsy store by October 31. Make sure to enter our WORLDWIDE giveaway at the bottom of this article!

There are so many ways you can use the Potter-inspired sprinkle! Along with my friend Ramona Andrews, a cake decorator extraordinaire, we chose to use the butterbeer cupcake recipe found in our Rosmerta’s Recipe’s section for our cupcakes and cake pops and followed the directions exactly to ensure the perfect cake to showcase our sprinkles.

We tried to use as many House colors for our cupcake liners as we could, though unfortunately, we didn’t have any Slytherin green laying around. We chose to instead decorate a few as characters from Slytherin House so that no one felt left out.

For us, the frosting really made the cupcakes the perfect sweet treat, so we used it on every single one rather than try a variety of flavors. You can see the different decoration ideas below, including a lion inspired by Luna’s roaring Quidditch hat, a wand shooting sparks from the tip, various characters from the series, including Harry, Voldemort, Snape, and Malfoy (in honor of Tom Felton’s upcoming birthday!), as well as a few general iced cupcakes drizzled in butterscotch syrup with the sprinkles on display. 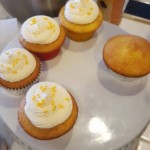 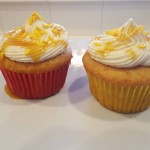 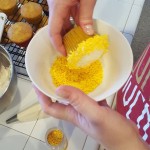 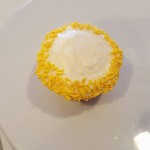 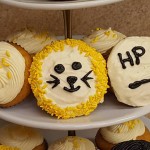 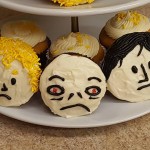 In addition to these delicious cupcakes, we also decorated a few cake pops with the sprinkles. They made an excellent covering for our Golden Snitch pops! First, we dipped our cake balls in some yellow candy melts, then covered that with the sprinkles. Once the candy had set and sprinkles were secure, we brushed some edible gold shimmer dust all over. Frozen fondant wings were then placed onto the sides with some leftover candy melts and dusted with more gold shimmer. For our Hedwig pops, we used vanilla candy melts and some coconut shavings to give it a feathery look, then used some larger candy dots for the eyes. As with the Snitch wings, we used yellow candy melts to secure two lightning bolt sprinkles just below the eyes to make Hedwig’s beak. 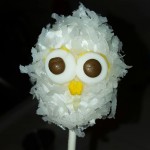 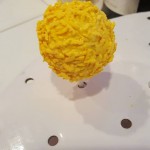 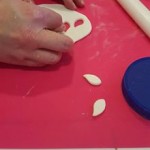 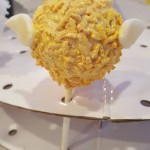 Although we didn’t use the sprinkles for our final cake pop, we thought it would be fun to try our version of coconut ice pops inspired by the treats at Honeydukes. We took our refrigerated cake balls, cut them into squares, and then dipped them in the white candy melts. We added more coconut shavings and then some edible silver shimmer dust to make it glisten. Here’s what we finally ended up with! 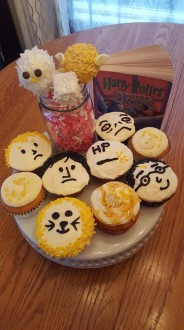 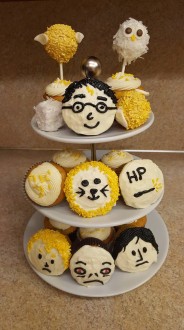 Now it’s your turn! We want to see what you can create with your sprinkles. Will you favor one House over another, or will you be inspired by all the sweets found in Honeydukes? Show us what you’re made of, and submit your recipes and photos.

What are you waiting for? Enter to win one of three Geeky Hostess prize packs via our Rafflecopter contest below!