Considering it is Pet Peeves Month, it is only fitting that we show our favorite poltergeist a little appreciation. Peeves the Poltergeist is a well-known figure throughout the halls of Hogwarts. As a prankster, he is hard to control and has no regard for the rules. While most students and staff members view Peeves as a nuisance, there have been several occasions in which Peeves demonstrated that he isn’t all that bad.

In Harry’s second year, he got into trouble with Argus Filch after he tracked mud throughout the Entrance Hall. In an effort to get Harry out of trouble, Peeves (after being persuaded by Nearly Headless Nick) dropped a vanishing cabinet right over Filch’s office. Filch came back to his office so focused on Peeves that he let Harry go without punishment.

The entire population of Hogwarts hated Dolores Umbridge, Peeves included. So naturally, he teamed up with some other famous pranksters to make Umbridge’s job as difficult as possible. When the Weasley twins left Hogwarts, they told Peeves, “Give her hell from us, Peeves.”  This was the only time that Peeves is shown listening to a Hogwarts student. True to his word, he destroyed property, juggled lit torches over students’ heads, and dropped a bag of spiders in the Great Hall.

In their first year, Peeves caught Harry, Ron, Hermione, and Neville out of bed. After teasing them, Ron took a swing at him, so he started screaming for Filch. However, after Filch arrived, Peeves proceeded to aggravate the caretaker, allowing the students to get away.

Well… in the armor. There were several occasions where Peeves trapped Mrs. Norris in suits of armor around the castle. She was only rescued by an irritated Filch after yowling for extended periods of time. 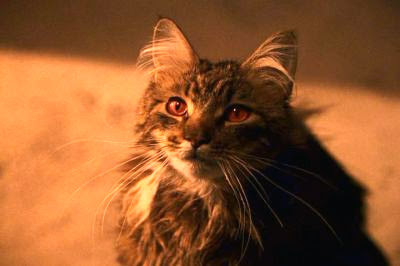 Peeves fought alongside the students of Hogwarts during Voldemort’s assault on the castle. After all, Hogwarts is his home, too, so when Filch (forced by McGonagall) invited him to join the defense, he did not hesitate. He caused mayhem to the Death Eaters by dropping Snargaluff Pods on their heads. After Voldemort was defeated, he chanted, “We did it, we bashed them, wee Potter’s the one, and Voldy’s gone moldy, so now let’s have fun!”

Peeves may be an annoying pain in the behind, but he was there for the students when it really mattered. With Pet Peeves Month coming to a close, give a round of applause to our favorite naughty, but loyal, poltergeist.