Kayleigh knew it was love at first sight… with the series, that is. Upon seeing Philosopher’s Stone, she immediately went out and purchased all the available books. It would be some time before she met her future husband, Dougie, at her workplace many years later. He surprised her in 2012 with tickets to visit the opening of the London Studio Tour, so the two ventured from Scotland to what would be an unforgettable day in their lives. Toward the end of the tour, Kayleigh found herself in Ollivanders and asked to view J.K. Rowling’s wand box. Much to her surprise, the tour guide responded by brandishing one inscribed with her own name. As she reached for it, Dougie got down on his knee. Inside the box was Ron Weasley’s (her favorite character) wand with a very special addition placed over its center. To which Kayleigh accepted. It’s no surprise that this romantic gesture has been replicated many times over since.

In her quest to maintain an absolutely authentic look for the wedding, Kayleigh put on her DIY hat and set out to source the materials. Invitations were modeled after the Marauder’s Map and finished with an owl’s silhouette. Keeping with this, a string quartet played “Hedwig’s Theme” during the ceremony. Meanwhile, to accompany the magician, two large and laid-back snowy owls were the live props with which guests interacted. Wanting to go all out for reception décor, the dining tables were designed in the theme of Gryffindor, Hufflepuff, Ravenclaw, Slytherin, Quidditch, and Hogwarts professors. Gryffindor was decked out with Remembralls, the DA’s list, Scabbers, and textbooks. Ravenclaw’s featured riddles, a butterbeer necklace, and Luna’s Quibbler. Hufflepuff’s was a fruit and veggie lover’s paradise inclusive of potted mandrakes. Slytherin’s naturally had a slightly darker theme with potions, a Hand of Glory, Dark Mark tattoos, skulls, and eyeballs in jars. The Quidditch table was particularly memorable and utilized trunks, trophies, and Hermione’s clever blue flames. Plus, only seven were made to sit there. Finally, the Hogwarts professors table spotlighted cauldrons, House points, and House banners. Kayleigh further  surprised guests with a Fawkes-themed cake. For those who may have been reluctant to leave this Potter bash, Honeydukes sweets, handmade wands, and the comical “Potter Stinks” badge from Goblet of Fire rounded up the goody bags. To truly complete the experience, the two set off to the Wizarding World of Harry Potter and just about managed to hold off the waterworks as they stepped through Diagon Alley. As for their newborn baby? Well, Dougie has vetoed a Potter-themed name. But Fantastic Beasts is around the corner, so you never know.

Congratulations to Dougie and Kayleigh on a meticulously planned and detailed wedding! The table themes were some of the best executed we have ever seen. If you or someone you know has a Potter event to share with the fandom, be sure to get in touch with us.

Q&A with Dougie and Kayleigh

Q: What's the best advice you have for someone hosting a themed event?
Kayleigh: I would love to say don't stress the small stuff but then I'd be a hypocrite! I took great joy in the small details of my theme - like giving everyone at the Ravenclaw table a riddle to solve, making a Remembrall for the Gryffindor table, Potters Stinks badges for the Slytherins etc. I'd say have fun with it and don't let it stress you out too much trying to get everything perfect - people will admire the effort you've put into it!

Q: Were there any trade-offs in taking a DIY approach to your wedding?
Kayleigh:  I wanted to have a DIY wedding all along because I had the ideas in my head and I knew exactly how I wanted everything, I'm crafty so I knew I'd enjoy it too and save lots of money! I'd say things like decorating my own wedding cake two days before the wedding was quite stressful and maybe some outside help would have saved me a lot of time and stress! But I'm proud of myself for doing it all!

Q: Did you end up getting a Potter name for the baby after all?
Kayleigh: Dougie put his foot down with this one [laughs]. We were very close to Harrison as a name at one point which of course I would have shortened to Harry or Lily for a girl. Dougie had no idea this was a HP name and I wasn't going to let him know until after. However we had a boy and both loved the name Logan. A Scottish name (so keeping with family tradition as we both have Scottish names) and also in reference to a fandom that Dougie loves - X-Men!

Q: What's the best insider tip you have for anyone visiting Scotland?
Kayleigh: Dress for all kinds of weather - you will get four seasons in one day [laughs]. Our country is so beautiful and the people are so friendly. Scotland has so much to see and do - gorgeous countryside and vibrant cities. Harry Potter-wise you need to visit Edinburgh where the books were given life - Elephant House Cafe to scribble a message about the books on the toilet walls (there's barely any space left now!); Balmoral Hotel where J.K. finished Deathly Hallows. Elsewhere in Scotland there is the Glenfinnan Viaduct from CoS; Glencoe where Hagrid's Hut scenes were filmed for PoA. Also visiting any of our castles makes you feel like you are in Hogwarts! Even in my hometown of Glasgow - the University of Glasgow main building with it's turrets and courtyard looks like the perfect Hogwarts.

Q: What one magical item from the series would you most want as a wedding gift?
Kayleigh: Arthur Weasley's Ford Anglia! It looks awesome, it can fly, has an undetectable extension charm on it which means I could easily fit my shopping and my baby and his pram in all at once. Its ability to get me away from giant spiders is also a bonus.

Q: Which couple would you most want to model from the series?
Kayleigh: We are already scarily like Ron and Hermione at times but I would say the couple we would most want to be like is Molly and Arthur Weasley. They've been together for so long, made sure all their kids were looked after even when they didn't have much, are so family orientated and welcoming to outsiders, they've been through two wizarding wars and have suffered so much heartache but they got through it together. I can't think of a better couple to look up to! 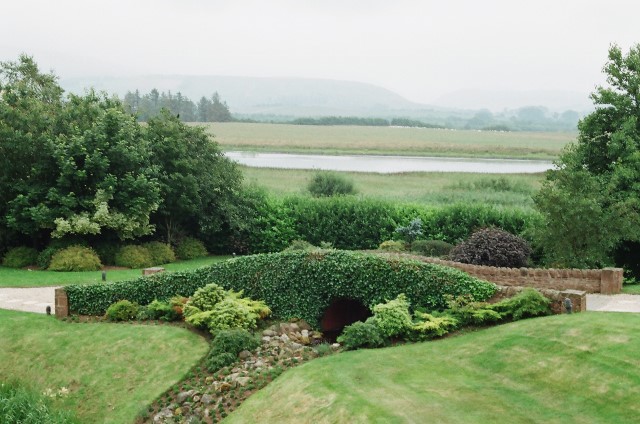 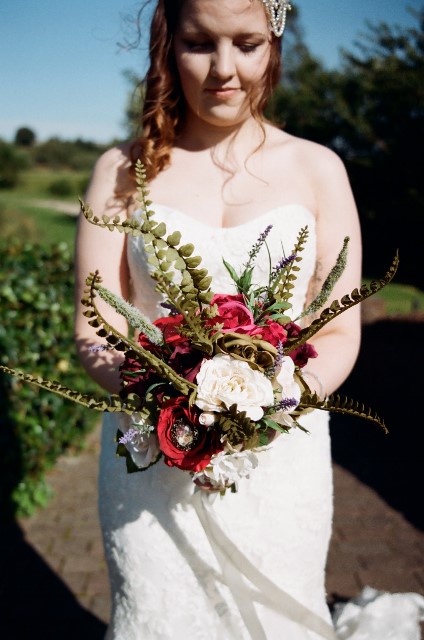 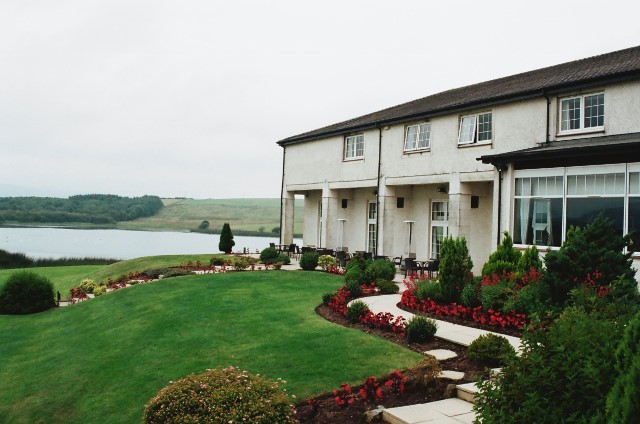 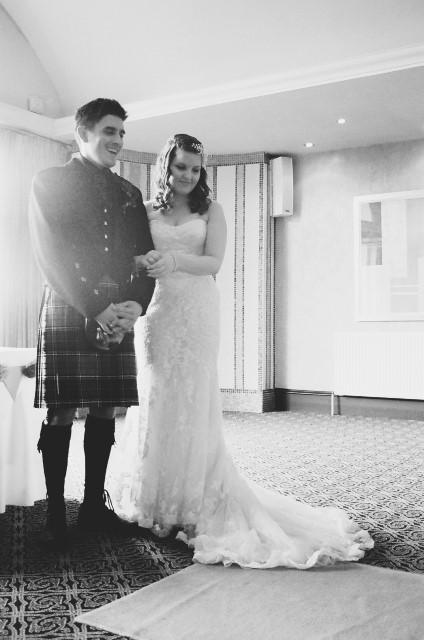 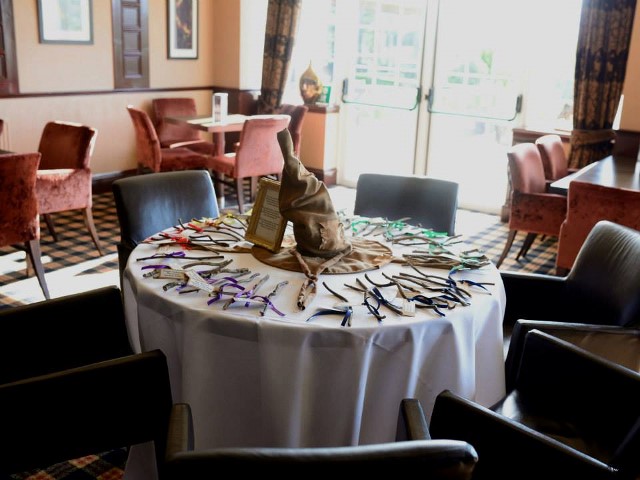 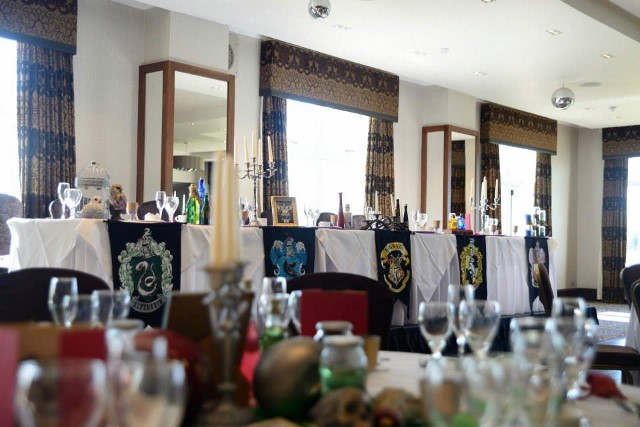 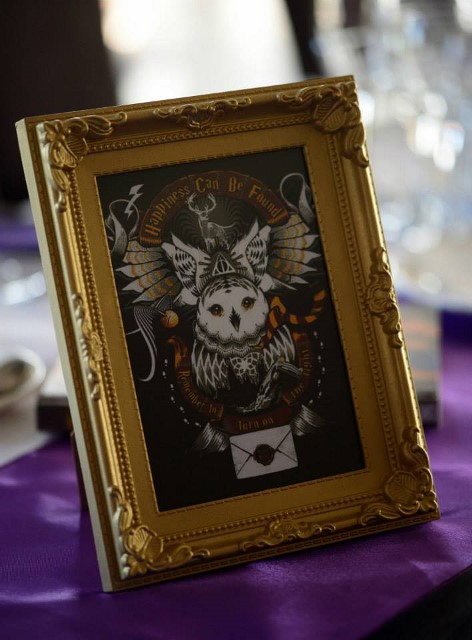 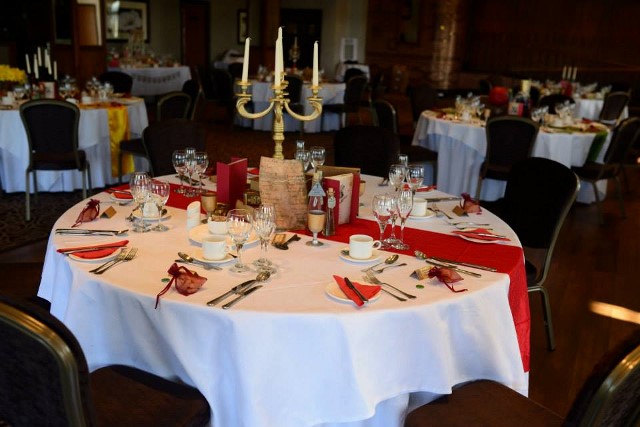 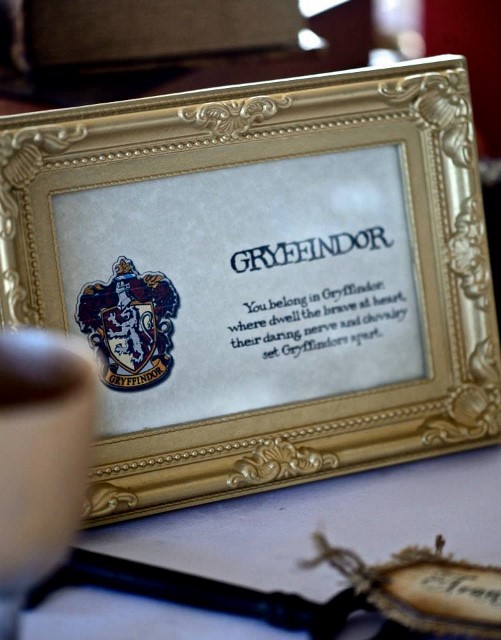 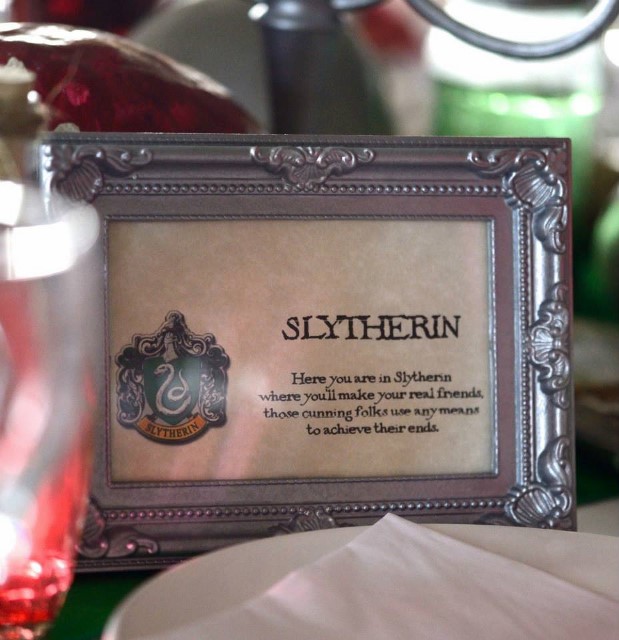 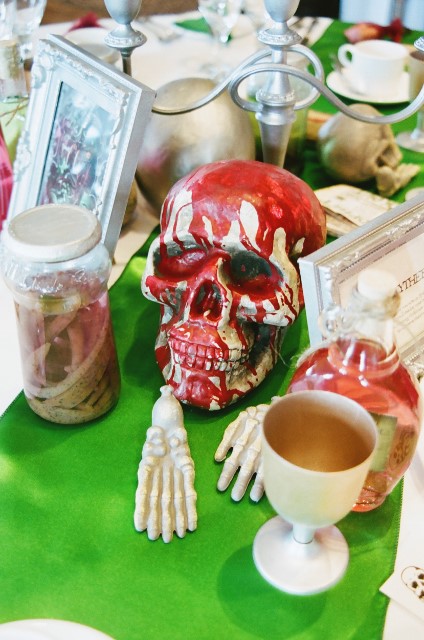 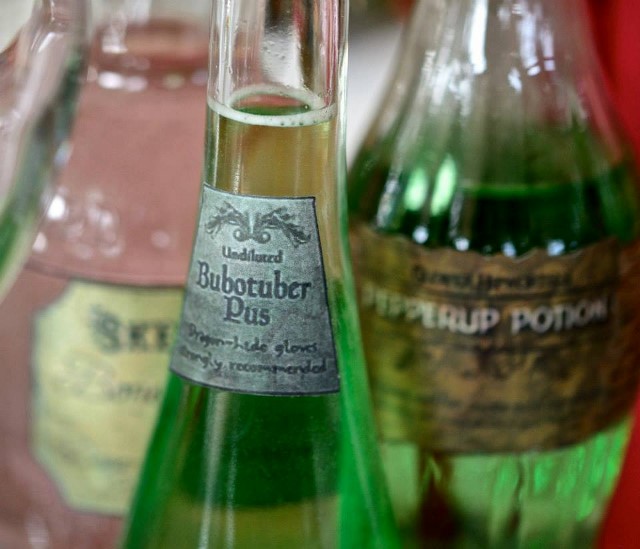 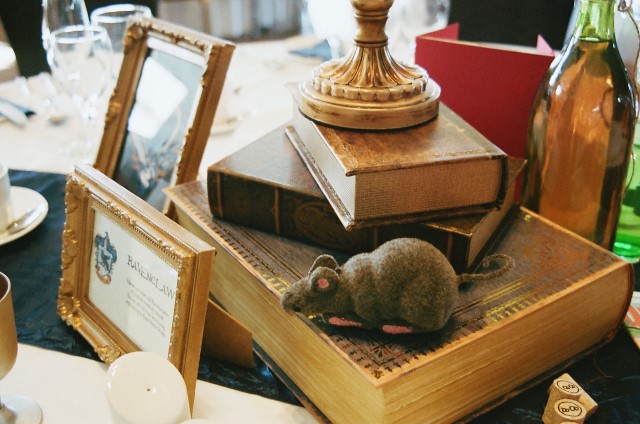 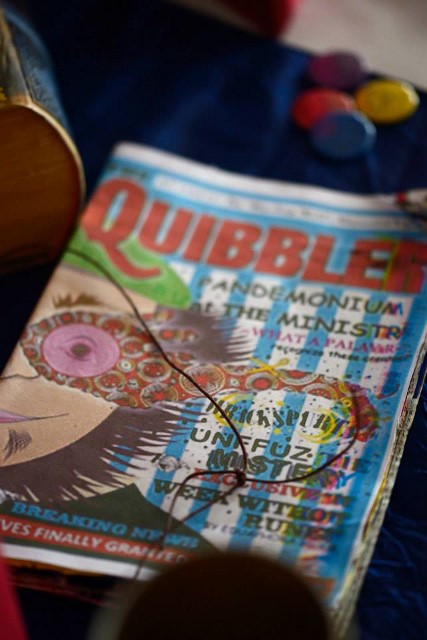 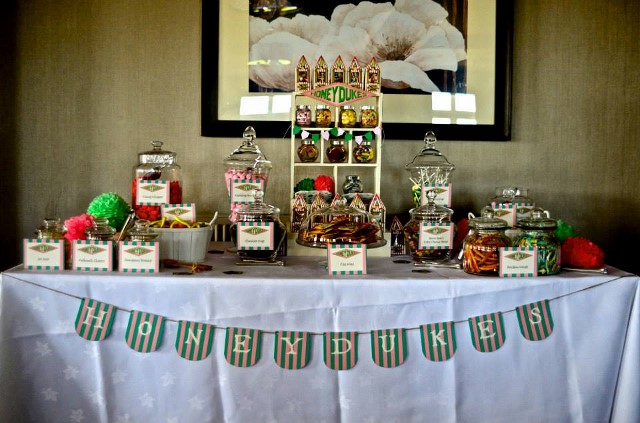 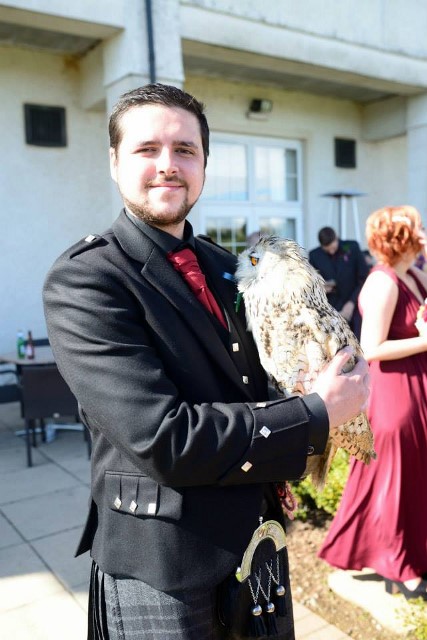 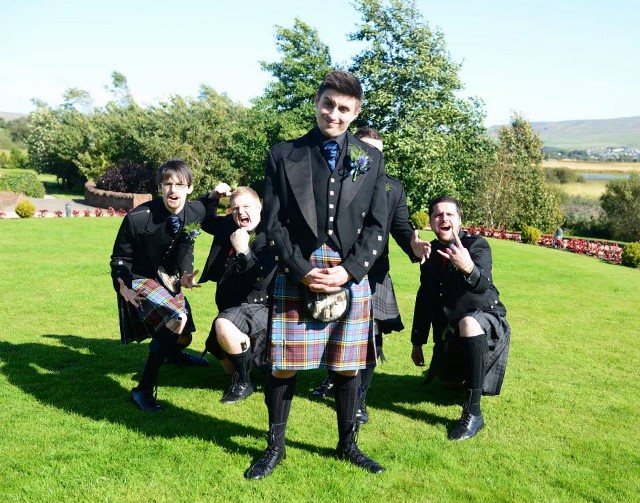 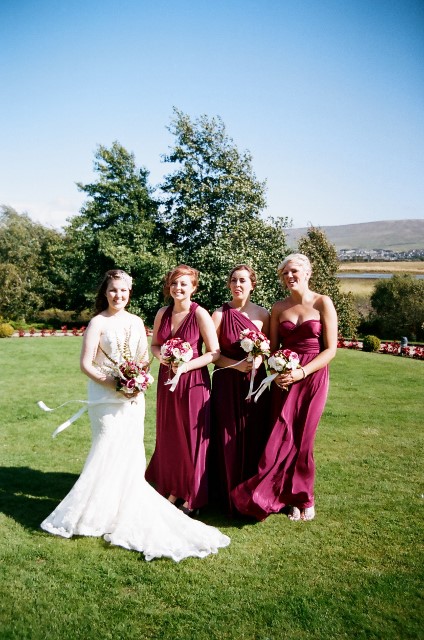 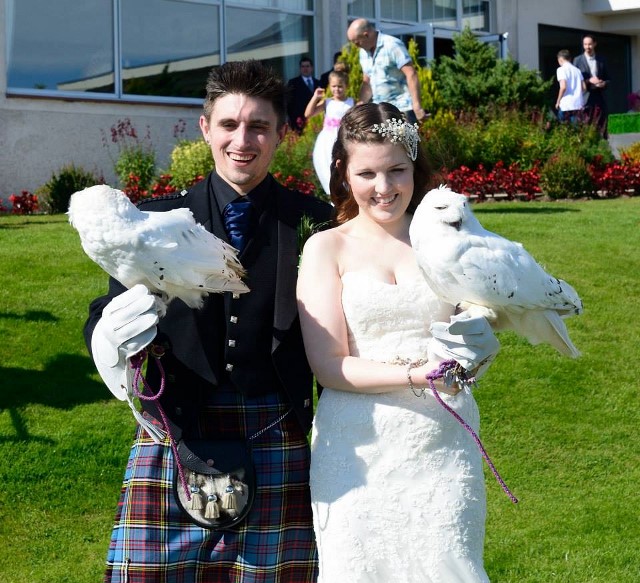 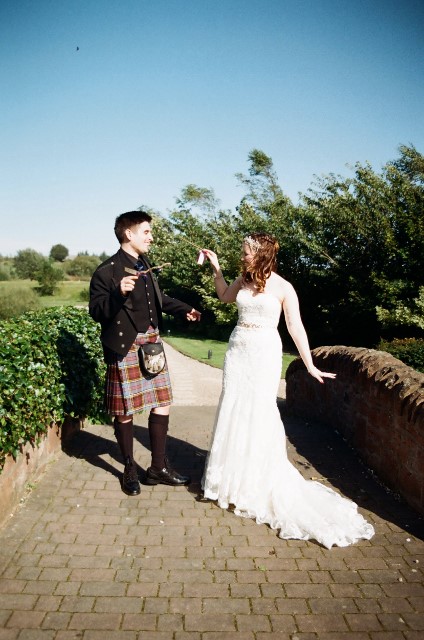 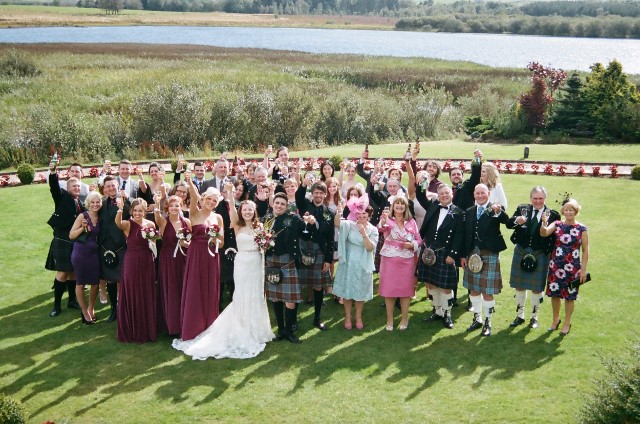