UPDATED: Could These Photos Be Our First Look at Characters from “Beauty and the Beast”?

Disney’s live-action Beauty and the Beast, starring Emma Watson, is getting closer to hitting theaters, and just today, a photo is circulating of Lumiere (Ewan McGregor) and Cogsworth (Ian McKellen), as well as one of Gaston’s Tavern, including Gaston (Luke Evans) and LeFou (Josh Gad). You can view the photos below. The above photo (Lumiere and Cogsworth) is apparently included on the Beauty and the Beast: 25th Anniversary Edition home video release, which hits stores on September 20th [sic], 2016. According to the Facebook of producer Jack Morissey, this image is actually concept art: ‘These designs are close but may not be final.’

Another image from behind[-]the[-]scenes B-roll footage shows off Luke Evans as Gaston filming a musical scene in a tavern.

You can read the full article here.

A photo of actor Dan Stevens as the Beast in his human form has been posted on Twitter by user @maconodom:

You can also view the image below: A tweet went out on Saturday, which contained concept drawings for three characters: Belle, Gaston, and Mrs. Potts. You can see the art below, although the tweet that revealed these pieces has since been deleted by the user. 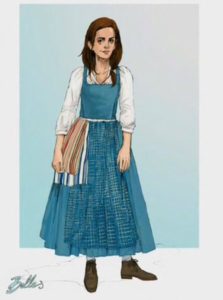 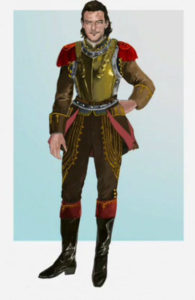 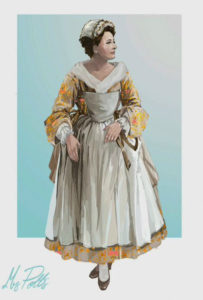 What do you think? Are you even more excited for the film? Let us know in the comments below.