“Fantastic Beasts” Moves into the House of MinaLima

Tucked away in a corner of Soho and just behind the Palace Theatre, home to Harry Potter and the Cursed Child,  is a veritable treasure of Potter goodness. The House of MinaLima has been doing roaring trade since opening in June, attracting fans from around the world to see – and buy – the design duo’s extraordinary artwork from the Harry Potter and now, Fantastic Beasts film series.

The Fantastic Beasts exhibition, which officially opens 12:01 a.m. on Friday, November 18, showcases a selection of the artwork created for the first film. As with Potter, the level of detail and attention that goes into creating the wizarding world is often missed, or glimpsed for mere seconds, on the big screen, so the opportunity to see the graphic designs up close is one worth taking. Entrance to the Fantastic Beasts exhibition.

The first taster of the Beasts designs can be seen in the Newt and Tina wanted posters plastering the walls of the stairwell before entering onto onto the first floor, which previously housed the “Collective Nouns” display. The room feels cozier, with the dark wooden floorboards and paneled ceiling, befitting the festive season. However, the designs on the walls certainly liven the space up.

Subtler images can be found to the left of the room, from the MACUSA logo to Newt’s maps and a plethora potion or product labels – more than 100 individual designs were created for Newt’s shed alone. However, in a stark contrast to these designs, over on the opposite wall is a selection of beautiful Art Deco-style 1920s magazine covers. “They’re Queenie’s magazines,” Eduardo informs us. Some of his favorite designs, the magazines were featured in a deleted scene of Queenie knitting while surrounded by scattered copies of the Witch’s Friend. Moving through the room, there are an assortment of No-Maj posters, Second Salemer flyers, and copies of the New York Ghost. Anyone who has ever read one of MinaLima’s Daily Prophet front covers will know the satisfaction of perusing the imaginative headlines and stories – and the Beasts equivalent is no less enjoyable! Headlines include “Entertainer Convicted After Magical Public Juggling Display,” “Idahoan Foxtrot Dancer Caught Drunk Behind Broom After Claiming Prize,” and “Family Poltergeist Goes AWOL Following Alteraction.” Many of these headlines were created for an opening scene in the film: a seemingly brief moment that took the team weeks to bring together. Upstairs in the rest of the House is the existing Harry Potter exhibition now dressed to the nines in Christmas decorations. The whole effect is somehow even more charming than before.

The designs are, of course, all available for purchase with a range of products to suit all budgets. Also available from this week will be the Case of Beasts and the Fantastic Beasts screenplay, both of which have been designed and illustrated by MinaLima. And should you fancy getting either of these books signed by MinaLima, be sure to join them for their 24-hour launch party. 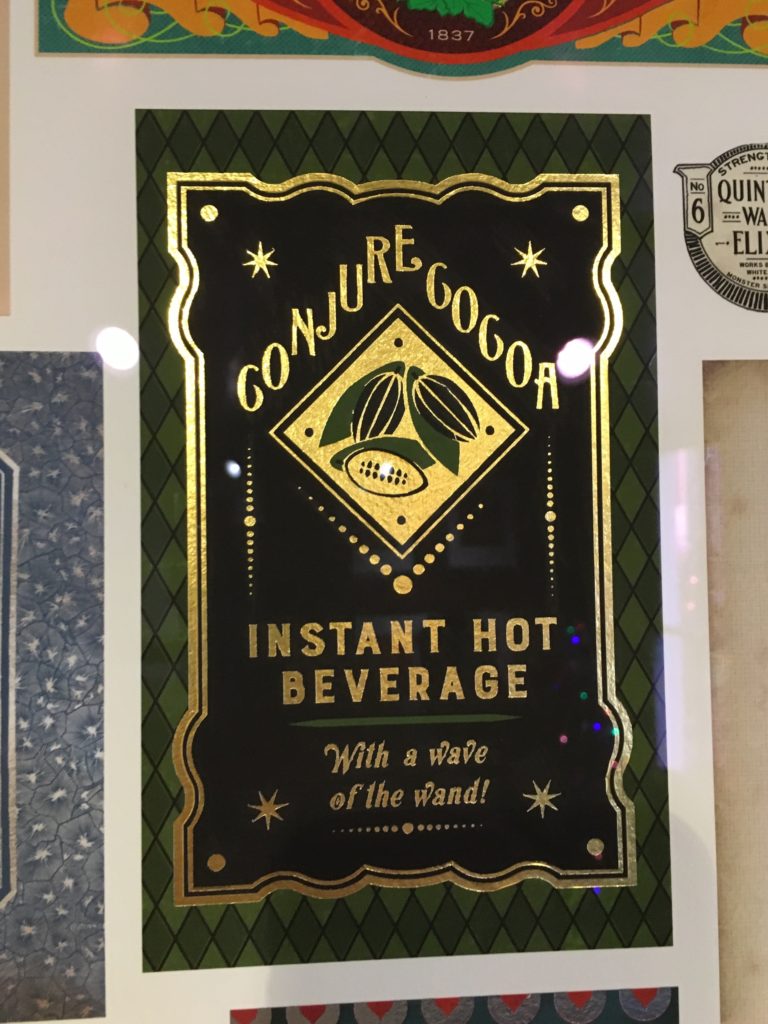 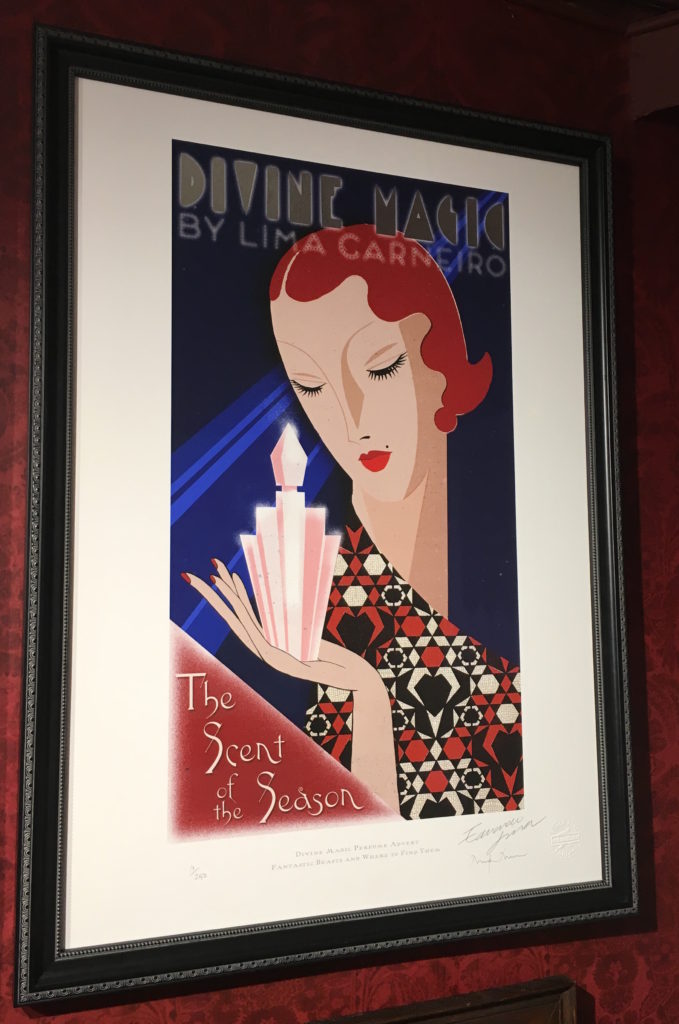 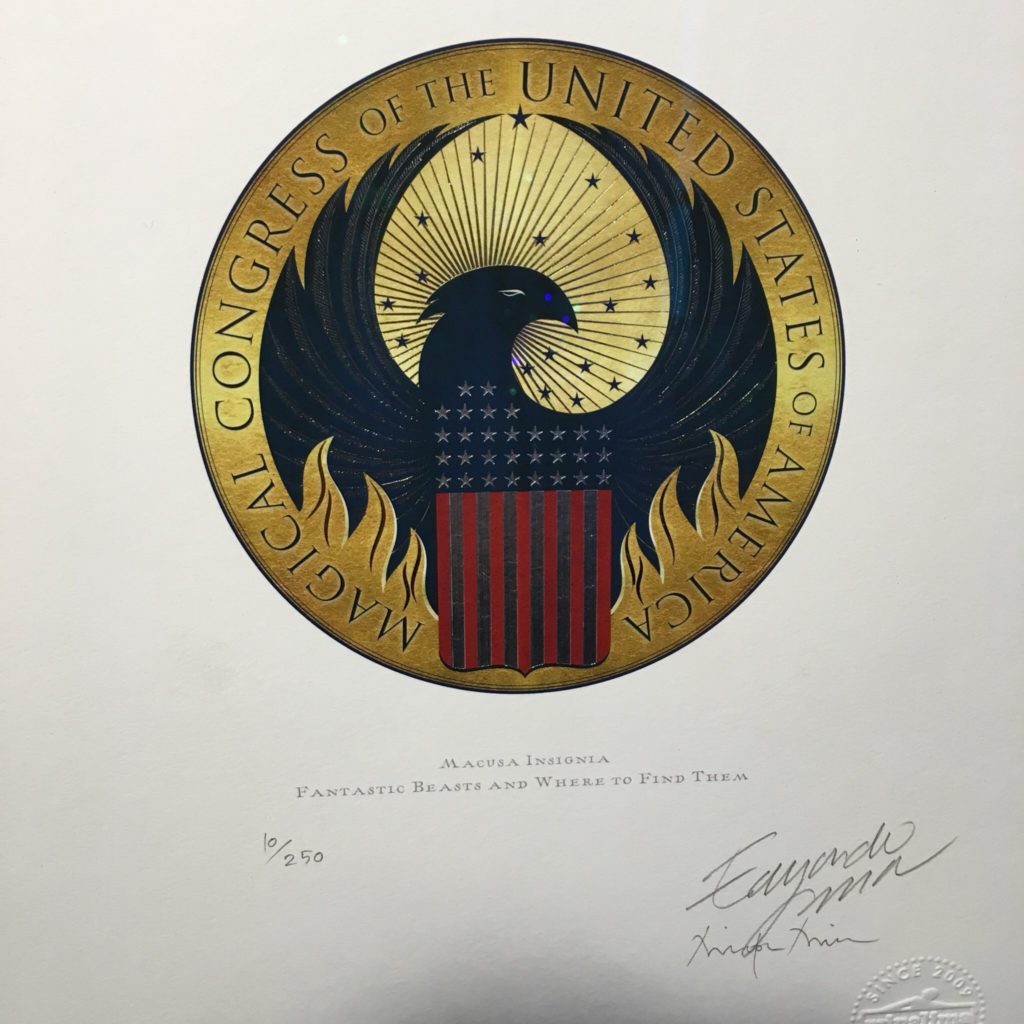