New Photos of Emma Watson as Belle Will Brighten That Provincial Life!

If you are looking for much more than your provincial life, new photos of Emma Watson as Belle on the set of Disney’s live-action Beauty and the Beast are sure to do the trick!

In addition to the new photos, an interview with Emma about the film is the cover story of Entertainment Weekly. Emma explains how this new film differs from the 1991 animated film – including a hint that that famous “provincial life” line may be darker than before:

Belle’s neighbors no longer regard her simply as a quirky bookworm. Her ideas and independence are considered worse than unladylike – they’re dangerous. Subversive. Beastly, even.

Emma explains that Belle is an outsider because of her intelligence. After inventing a washing machine to free the little girls of the town of their chores and allow them to learn to read, the townspeople turn on her and break the machine. “Breaking the washing machine is symbolic of not just them breaking something she spent hours working on but [also] them really trying to break her spirit and trying to push her and mold her into a more ‘acceptable’ version of herself,” Emma said.

In a video interview that was released with the photos and magazine interview, Emma discussed whether Belle has Stockholm Syndrome. You can see her answer below:

In addition to the interview, six new photos from the film and Emma’s appearance on the cover of EW were release. You can see them all below: 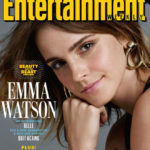 Emma Watson on the cover of “Entertainment Weekly” 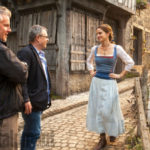 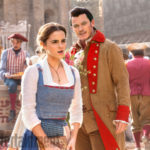 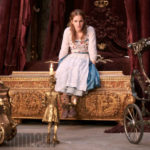 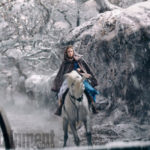 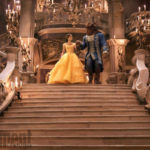 The full interview with Emma hits newsstands this Friday, and Disney’s Beauty and the Beast dances into theaters on March 17.

What do you think of these new images? Which scene from the animated film are you most excited to see recreated in live action? Let us know in the comments!