Last year, MuggleNet’s Amy compiled a list of all things Irish in the Harry Potter series. Since Seamus Finnigan is half Muggle, half wizard, it would be more than likely that he would have celebrated St Patrick’s Day. I’ve thrown together a list of American-imbued ways the Irish Seamus could possibly spend this day.

In Goblet of Fire, we are privy to the Finnigans’ decorating skills. Hills of bright green shamrocks abound. I don’t think this patriotic enthusiasm was contained just to a sporting event. I wager Seamus and his family would progressively get more and more shamrock-ed out, especially since St. Patrick’s Day parades would have first gotten to the mainland around 1960, just in time to leave an impression on Seamus’s Muggle dad.

Listen to Replays of the Irish National Quidditch Team 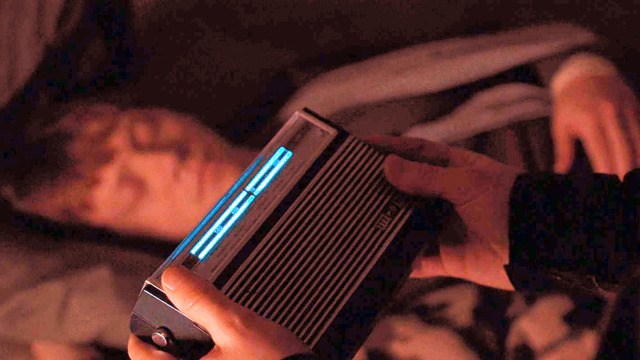 Seamus’s best friend Dean Thomas would no doubt have been able to wrangle together some sort of highlight reel of the Irish National Quidditch Team. Dean’s experience of the Muggle custom of avidly watching sports replays would be helpful here. Or at the very least, Dean would have persuaded Seamus to wear the rosettes or other green Irish National Quidditch Team paraphernalia in addition to an all-out green getup that Seamus undoubtedly prepared.

J.K. Rowling never mentions if Seamus is Catholic or not, but because St. Patrick’s Day is a religious holiday in Ireland, I’d reckon Seamus would have attended mass or church service that day. This would then be followed by the parade and a day full of partying.

Parades! They’re everywhere in Ireland (not just Dublin) on this shades-of-green day! Seamus would most definitely drag Dean to a parade. He would totally claim that while Dean may be just as familiar with St. Patrick’s Day parades as he was, Seamus’s unique Irish perspective would guarantee Dean an unbeatable time. (I’d also like to think that Seamus would have immediately gotten distracted by the Irish dancers and screamed his voice hoarse as he cheered them on.)

While it’s typical of Americans to drink green beer and the wincingly tactlessly named Irish Car Bombs on St. Patrick’s Day, the Irish and the Brits also partake in a bit of libations on this day. Especially since the lift of the mandate for public drinking houses to be closed on this originally solemn day.

After all, even though St. Patrick’s Day falls smack dab in the middle of Lent, they need to wet the shamrock and toast each other properly! Seamus would probably indulge in several pints of Smithwick’s, O’Hara’s Irish Red, or any other kind of red ale, along with the expected foaming pints of Guinness stout.

Seamus seems to be a big proponent of gathering one’s strengths before embarking upon an exciting day. (After all, he dumped ketchup over a giant plateful of sausages, nudging Harry to eat up, as Harry needed as much strength as possible before his first ever Quidditch game as Seeker.) In the same way that Lenten restrictions on alcohol are overlooked, so are any Lenten restrictions on food. So bring on the sausages, the corned beef, and any and all greasy, fried, rich, fatty foods!

Reunite with Members of the DA

An integral part of St. Patrick’s Day is its communal aspect and (slight) political undertones. I’d like to think that Seamus would have determined that this day would be a handy day to reunite with his old classmates—the majority of whom made up the core of Dumbledore’s Army—and reminisce about older, more troubled times.

How will you be celebrating this day of Irish culture? Shout out in the comments below!