In the buildup to the release of her social media thriller The Circle, Emma Watson has been chatting a lot about the power of social media and her own desire to keep her life private. We don’t really blame her – we sure wouldn’t like everyone knowing everything about us if we were in the public eye. In an interview with Interview Magazine, Emma reflected on being cast in the Potter films at a young age and consequently growing up in the spotlight.

Dan[iel Radcliffe], Rupert [Grint], and I were kids when we got cast in this fairy-tale series, and what happened to us was kind of a fantasy story in itself. So the story of my life has been of public interest, which is why I’ve been so passionate about having a private identity.

Emma has been determined to maintain a private persona for a very important reason.

When I step into a character, people have to be able to suspend their disbelief; they have to be able to divorce me from that girl. And not having everyone know every single intimate detail of my entire life is part of me trying to protect my ability to do my job well.

Although Emma’s fame and recognition around the world is different to anything any of us will experience, it’s easy to relate to her when she talks about finding it hard to put things out there because of what people will say.

I know that I’m under a different microscope, a certain level of scrutiny, which I find really hard at times. And sometimes the fear of doing things is overwhelming. I get incredibly overwhelmed and sometimes feel hemmed in by that, afraid of that. But I know that if I live in that fear, then my life as an artist, as a human being, really, is over. Ultimately, it will silence me, and it will silence what is in me—which I have yet to explore and uncover.

Despite doing it for years, it doesn’t get any easier.

When I was auditioning to play Hermione, I had this fearlessness because I wasn’t aware of anyone else. I just knew I loved that girl and I loved that role and I loved that world, and I went for it. But now I have this other thing to overcome, like in Beauty and the Beast I sang for the first time, and journalists would ask me, ‘Do you think you’re going to be able to pull it off?’ There’s an incredible awareness that I have to push through.

Emma also talked about the minefield that is social media and how she tries to deal with it.

It made me think a lot about what I would do if I had children. A lot of children of this generation have their entire lives made public before they have a say about what they would want. I think it should always be a choice. I love social media, and I love what it can do and how it brings people together, but used in the wrong way, it’s incredibly dangerous. And increasingly, our attention is our most important resource.

Making The Circle made her reflect on the role of social media.

Doing this movie, The Circle, made me think about all of this in so much more detail. I read the book first, and I could not stop thinking about it. It’s not like a dystopian future—it could be tomorrow. 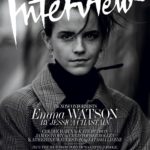 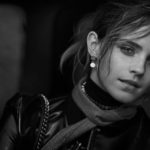 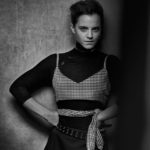 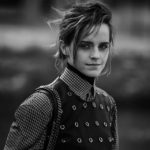 In an interview at Twitter HQ, Emma further commented on the way that social media effectively makes everyone celebrities.

What’s crazy is, I feel like it’s becoming so much more relatable. Fame isn’t something experienced by just celebrities anymore. To a certain degree, everyone who uses social media or has a social media platform is broadcasting themselves, marketing themselves, sharing intimate details of their lives. They’re receiving comments; they’re receiving likes, dislikes; they’re experiencing exactly what I’m experiencing.

The Circle is due to be released on April 28 in the US. Find out about the film and watch a clip here. Share your thoughts on this latest interview with Emma below!