UPDATED: New Stills from “The Circle” with Emma Watson Released

Beauty and the Beast, starring our very own Emma Watson, was only released last month in theaters, but already we’re looking ahead to Emma’s next project, The Circle. The Circle deals with very different subject matter than Beauty and the Beast, showing just how versatile an actress Emma is, and we’re looking forward to seeing her in this role nearly as much as we were looking forward to seeing her as Belle.

The film is based on Dave Eggers’ 2013 social media thriller and sees Emma take the lead role as Mae Holland. The cast covers a wide range of different fandoms (making it even more enjoyable for us), from Emma herself to Karen Gillan (Doctor Who) and John Boyega (Star Wars: The Force Awakens), as well as Hollywood superstar Tom Hanks. If you don’t know what it’s about or haven’t read the book, then here’s some more information about what to expect!

When Mae (Emma Watson) is hired to work for the world’s largest and most powerful tech & social media company, she sees it as an opportunity of a lifetime. As she rises through the ranks, she is encouraged by the company’s founder, Eamon Bailey (Tom Hanks), to engage in a groundbreaking experiment that pushes the boundaries of privacy, ethics and ultimately her personal freedom. Her participation in the experiment and every decision she makes begin to affect the lives and future of her friends, family and that of humanity.

The film is due out on April 28 in the US, and some new stills from the film have been released – check them out below. 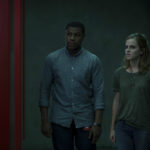 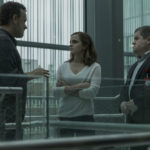 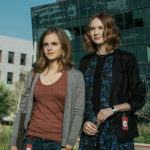 A new clip for the film has been released, showing Emma’s character Mae in the most awkward of job interviews. Check it out below – it gives us a taste of what to expect from the film.

Will you be going to see The Circle when it’s released at the end of the month? Let us know your thoughts about this darker direction in the comments.