Don Juan in Soho is a revival of Patrick Marber’s 2006 play, an extremely modern retelling of Moliére’s Don Juan from 1665. Starring David Tennant as the vulgar Don Juan, the show follows him as he argues with (or more aptly, ignores) the moral consequences of his life so far. After cheating on his newlywed bride, Don Juan pushes for a divorce and is forced to deal with the resulting fallout from the girl’s family and those around him.

Tennant’s performance as the deplorable Don Juan is both shocking and captivating; he makes a point of insulting and attempting to trick everyone around him into sleeping with him. Adrian Scarborough (The King’s Speech, Gavin & Stacey) is also brilliant as Stan, Don Juan’s hired hand responsible for cleaning up the chaotic mess that Don Juan leaves in his wake. Together, the two of them make a for highly entertaining show complete with monologues about current affairs and moments of complete debauchery. 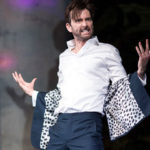 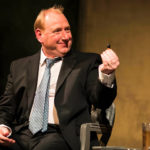 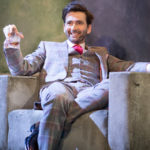 Without Tennant and Scarborough, the show might have lacked the necessary gusto and entertainment value to really be enjoyable. The script is somewhat erratic, with an eclectic mix of genres entwined, and some of the jokes are borderline tasteless. Arguably, it is hard to find any level of moral standing surrounding the show since it is focused on the continuous exploits of a wealthy socialite. Tennant and Scarborough both possess adequate charisma, however, to keep the audience interested and entertained throughout, despite almost having to ignore your conscience while watching.

Entertaining though the play is, it is definitely not a family show, and those who find blatant sexual situations uncomfortable should consider this before attending.