Sneak Peek at the Definitive Edition of “Cursed Child”!

It’s nearly been a year since the rehearsal edition of Harry Potter and the Cursed Child was released, with midnight parties and celebrations. Of course, we all devoured and endlessly discussed the content, which raised many questions for us and lots of discussion – from those who loved it to those who hated it. But we won’t deny that we’ve been looking forward to seeing what might be included in a definitive edition.

Thanks to a German reader, Sebastian, we’ve got a sneak peek inside the upcoming definitive edition. While the rehearsal edition gave us the script in its raw form, as the cast has performed the show, the script has changed, and this will be reflected in the new edition. For those of us who have seen the play, it’s a chance to see if the script matches up to the show we saw, and for those of us who haven’t, it’s a chance to compare the two scripts and see what changed between rehearsals and previews.

The pictures below give us a glimpse into the new paperback edition of the script. As you can see, a family tree is included, as well as a timeline of previous events. 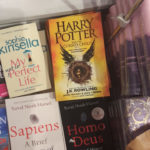 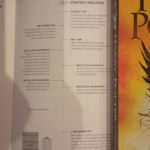 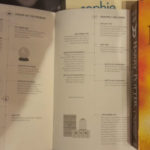 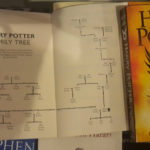 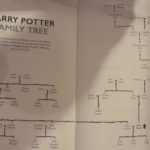 It may not have the cast pictures and notes that we dreamed of, but it still looks like a great edition. Will you be adding the definitive edition of the play to your collection?