Review: “The Magic of Christmas at Hogwarts Castle” at Universal Studios Hollywood

Holiday magic is finally in the air at Universal Studios Hollywood, and it made an extraordinary entrance at the Wizarding World of Harry Potter on November 16, 2017, with a light projection Christmas show on Hogwarts Castle, holiday decor around the park, and a new festive meal in the Three Broomsticks!

As we walked into the park, we immediately saw the Hogwarts Express conductor in his new winter robes (a coat anyone who adores Colleen Atwood’s Fantastic Beasts designs will love!) and the new lights and garlands adorning Hogsmeade village. Each shop is dressed in garlands, bows, and lights, bringing a new kind of magic to the stunning displays in the windows. There is also a new Hogwarts Express shop, dressed up for the holidays but ready for any traveler and their needs. We continued down the street, noticing how even though there is always snow on the rooftops, it definitely added to the ambiance. Finally, that snow seems right in southern California! 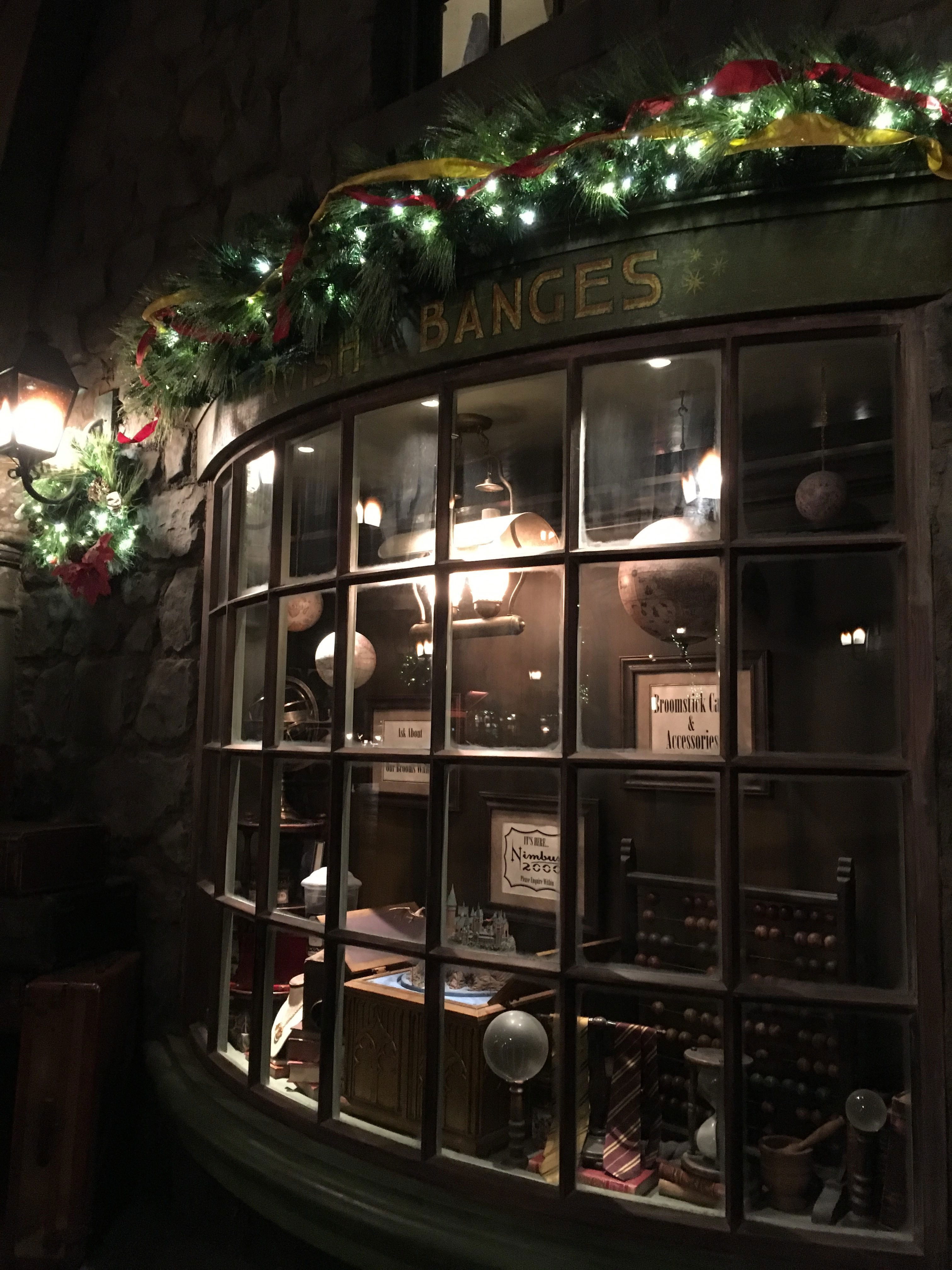 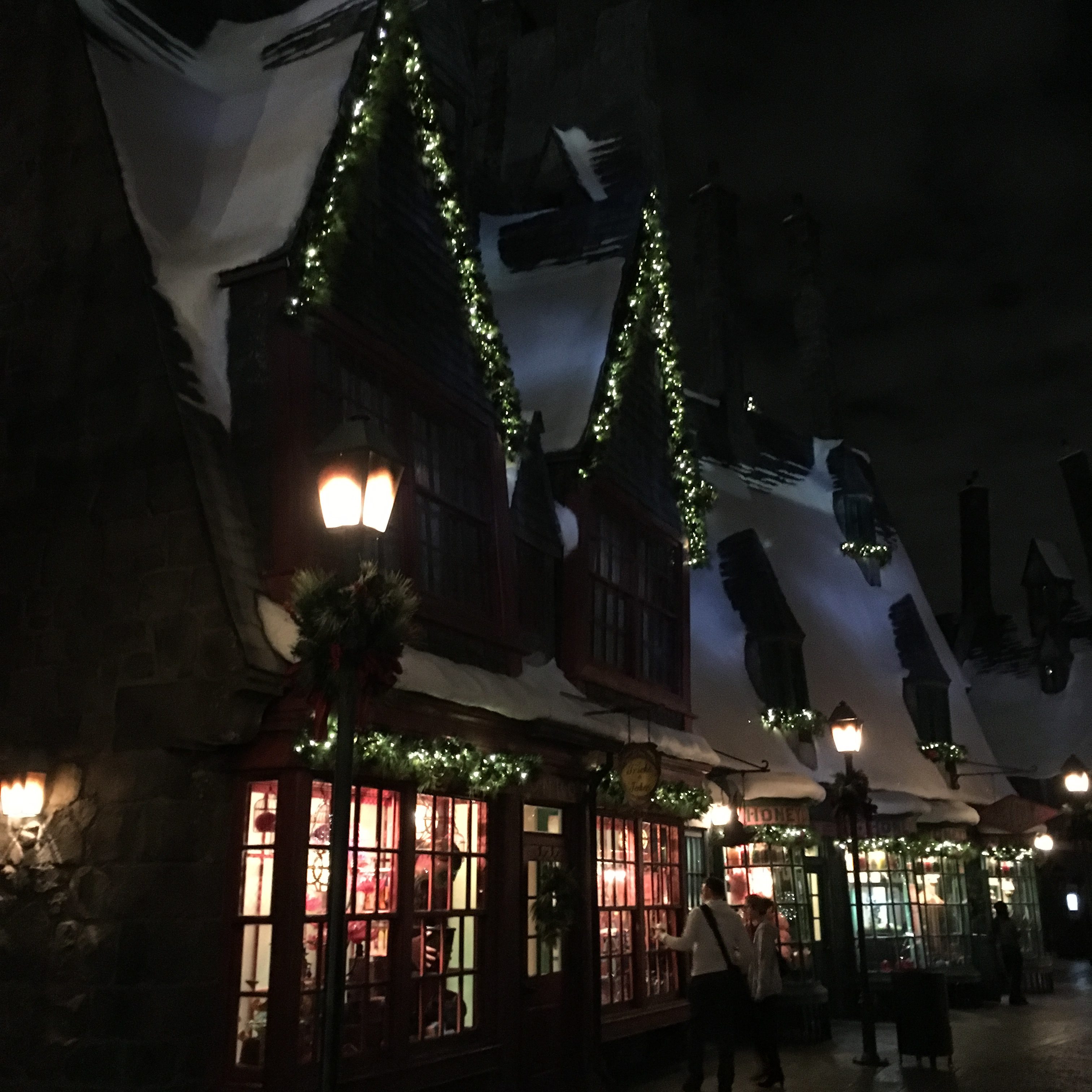 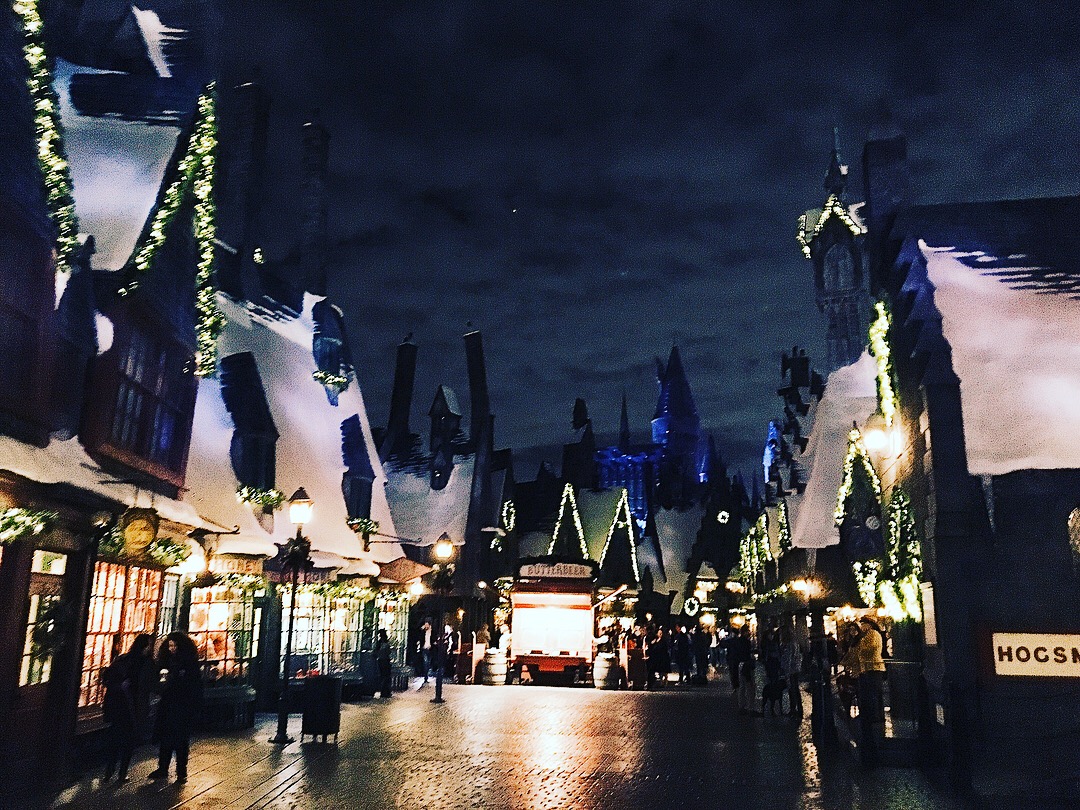 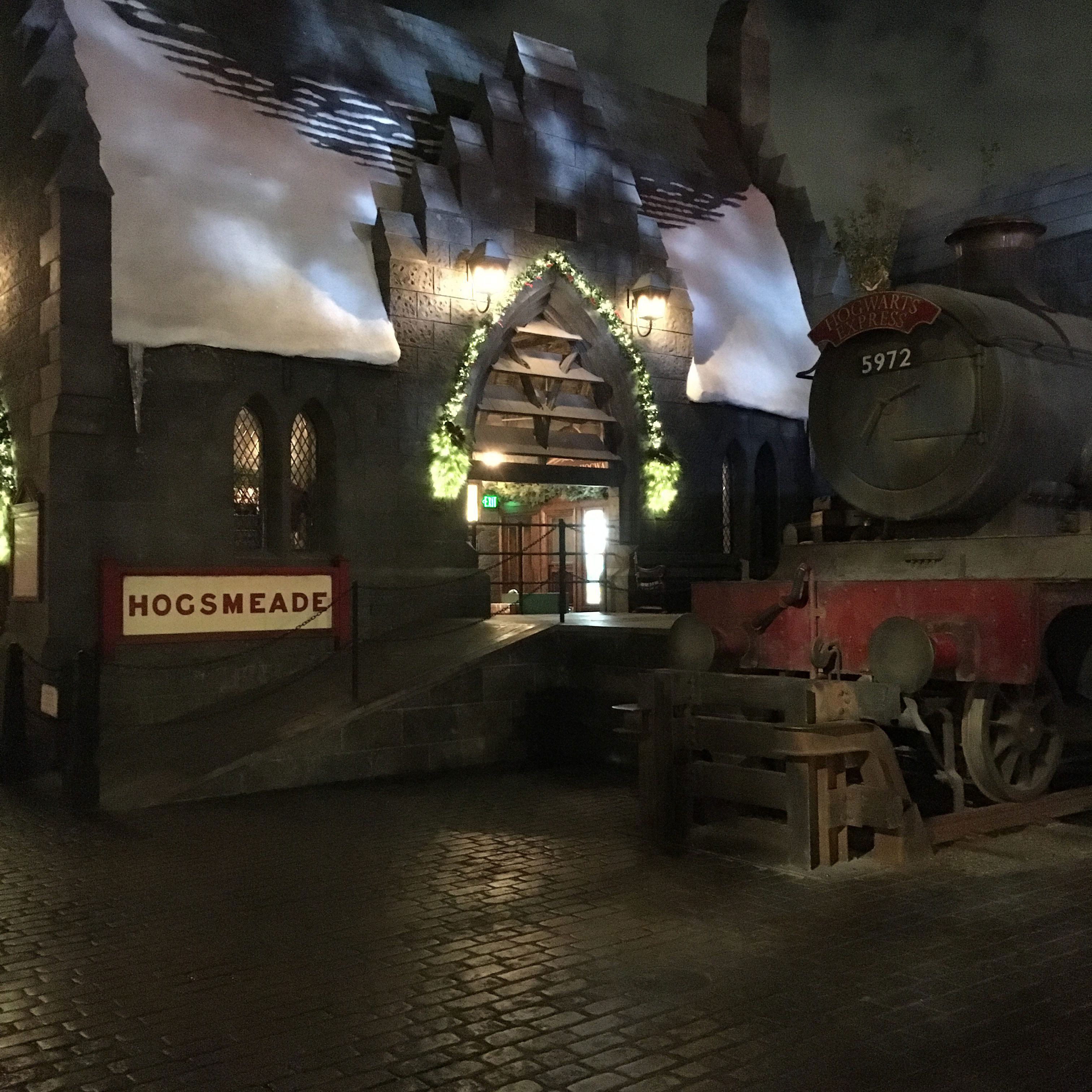 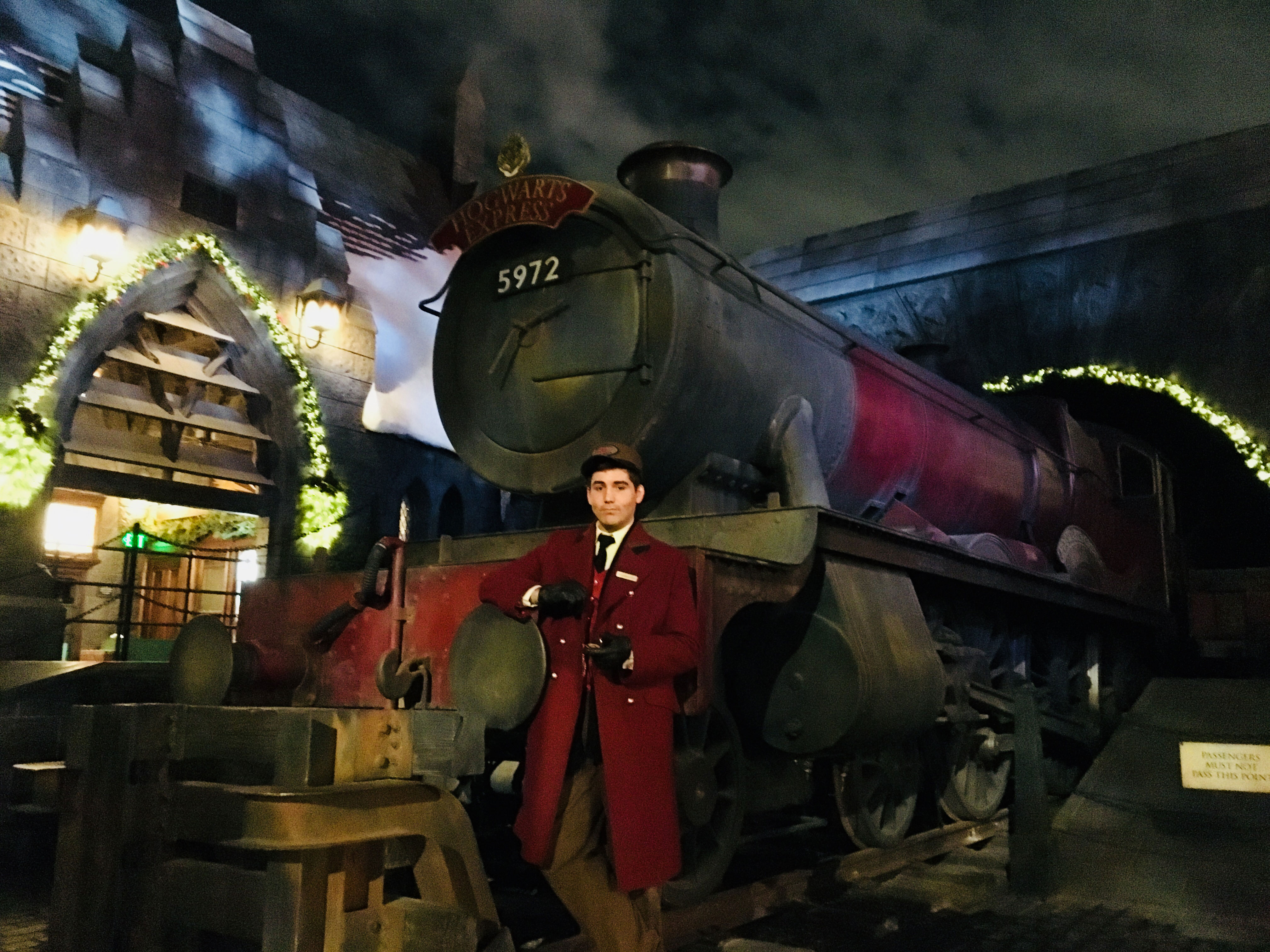 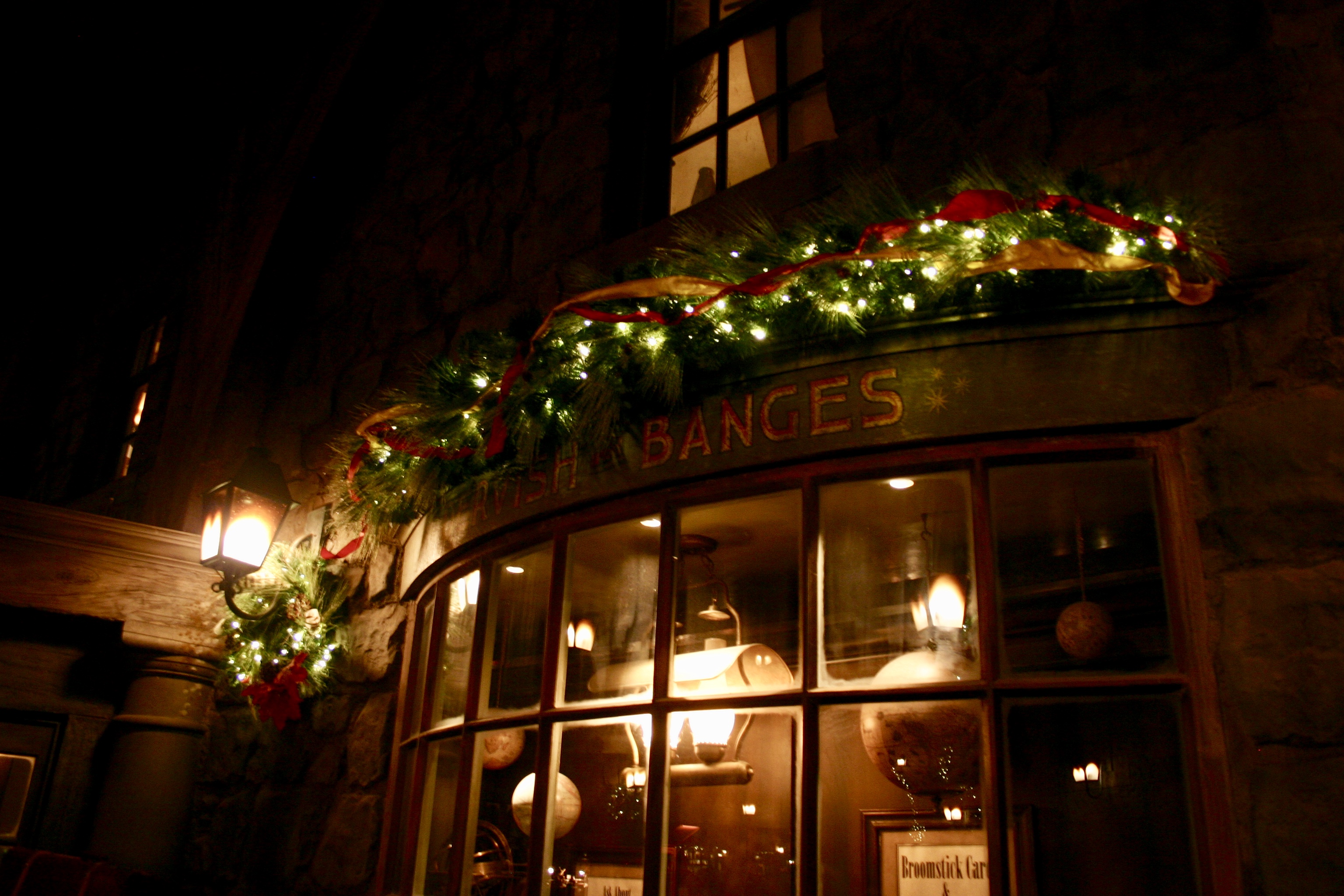 As the Hogwarts Castle came into view, it was immediately apparent that it, too, got a makeover. For the season, the rock base and the turrets of the castle have been decorated with snow. This came in handy with the projections since the snow was able to highlight the characters that appeared at the bottom. The projection itself was such a magical and beautiful show that paid homage to multiple Harry Potter moments, both specifically Christmas themed and generally celebratory (including a Weasleys’ Wizard Wheezes takeover!). A favorite would be the Yule Ball scene, in which sections of the castle open up like music boxes to reveal what looks like paper versions of our favorite Yule Ball couples: Hermione and Krum, Cedric and Cho, Harry and Parvati, and Hagrid and Madame Maxime. John Williams’ score is once again used to great effect, including a gorgeous modulation of “Christmas at Hogwarts” that will make you feel the joy of the Hogwarts holidays! Overall, you’ll feel even more immersed in the parks than before. You can watch the live video here!

If you stick around the Hogwarts area, you might be able to catch the Hogwarts choir with their new selection of festive songs, as well as go on a castle walk to see the interior of the castle all spruced up!

Heading back over to The Three Broomsticks, we got a taste of the new holiday meal, which consisted of roasted turkey with gravy, pigs in a blanket, a medley of vegetables, braised red cabbage, roast potatoes, and a celery sage stuffing. The dessert is a Christmas pudding with brandy butter, garnished with candied orange. Our personal favorites were the perfectly seasoned turkey, pigs in a blanket, and potatoes. The seasonal favorite hot butterbeer is also back, so drink up while it’s here! (We certainly did!)

Starting November 24, and running until January 7, you too can experience the Magic of Christmas at Hogwarts Castle among the holiday magic. Click here to get your tickets today! 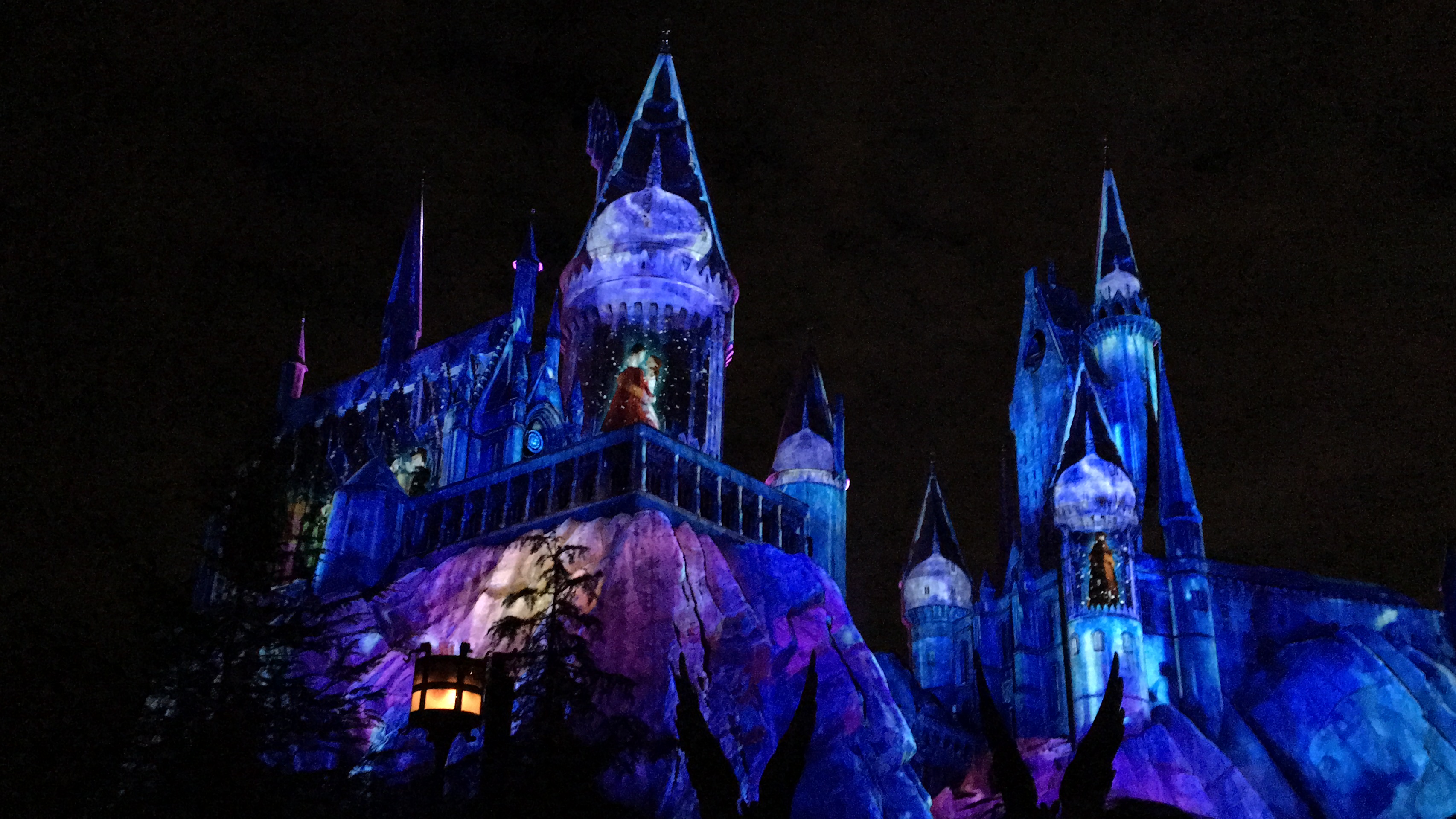 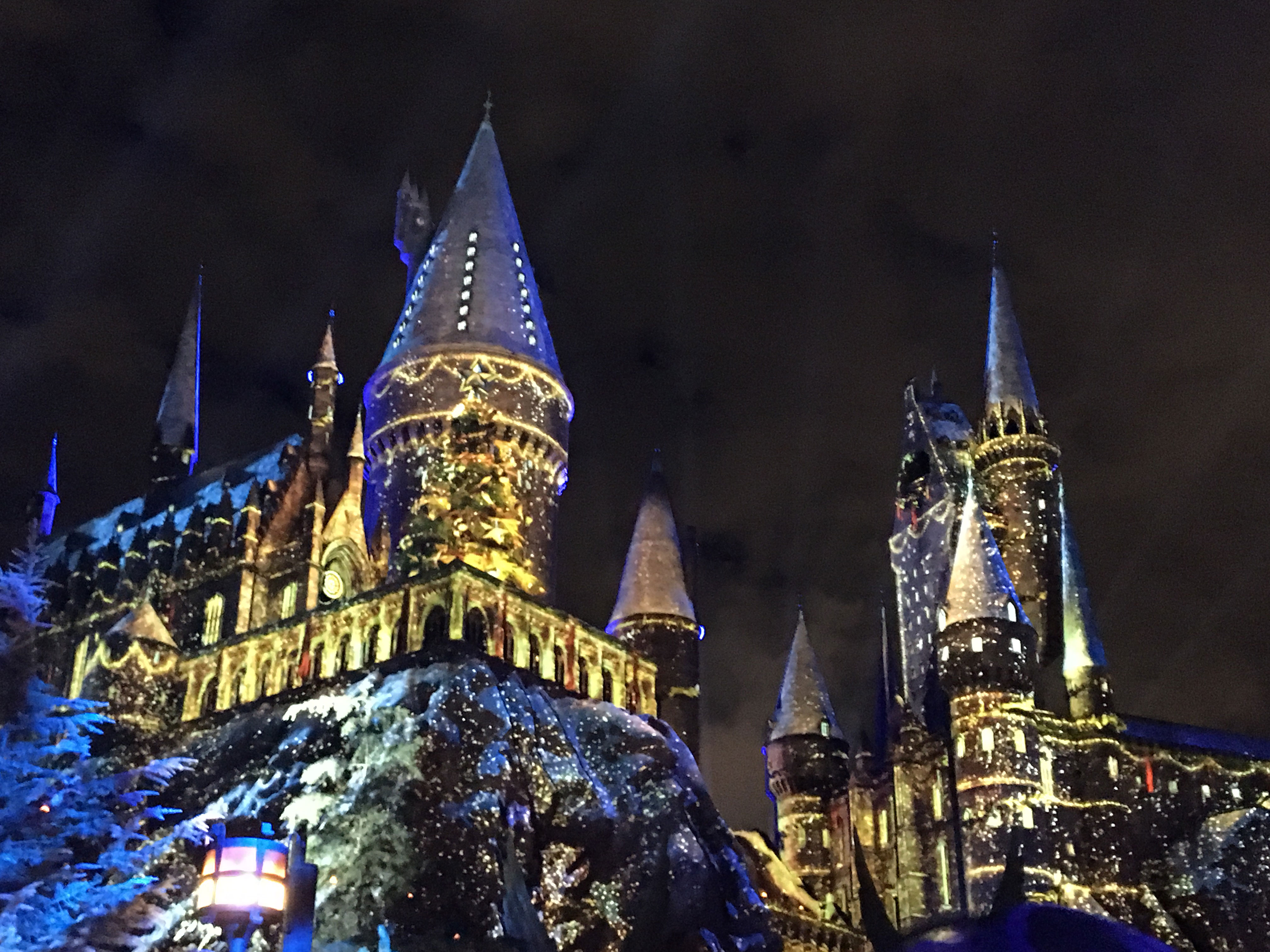 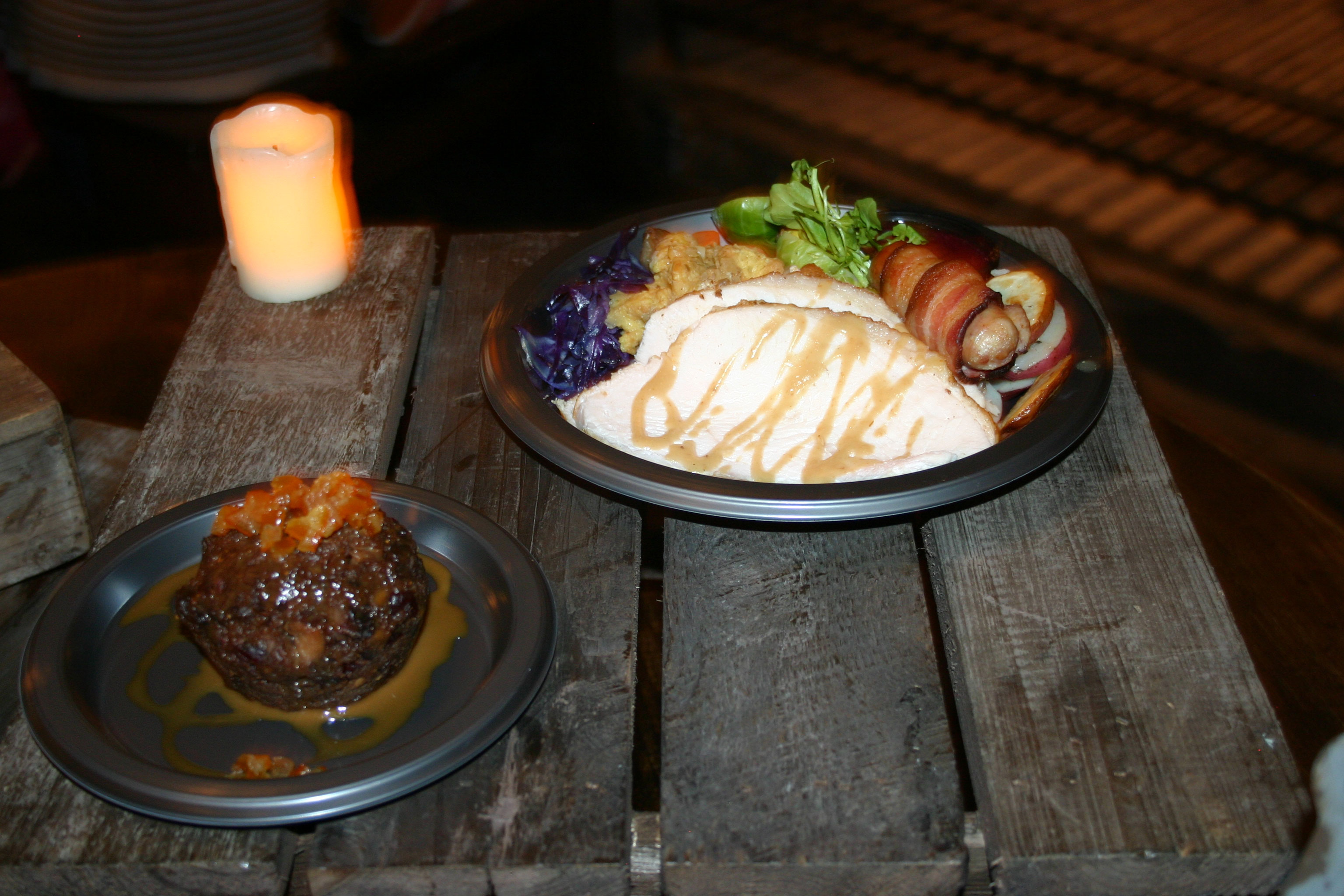