Immersive “Quidditch Through the Ages” Launch Event Held in London

To celebrate the release of the Quidditch Through the Ages audiobook, 200 Potter fans got the chance to attend the 2014 Quidditch World Cup final! Sadly, it wasn’t Time-Turners that transported the lucky fans to the final, but rather a bit of Muggle magic that helped Pottermore and Audible create this amazing event.

London’s LSO St. Luke’s, a historic Anglican church building now home to the London Symphony Orchestra, was transformed into a Quidditch stadium for the event, where fans listened to Ginny Potter (narrated by Imogen Church) and Rita Skeeter (narrated by Anette Badland) commentate on the Quidditch World Cup final between Bulgaria and Brazil. 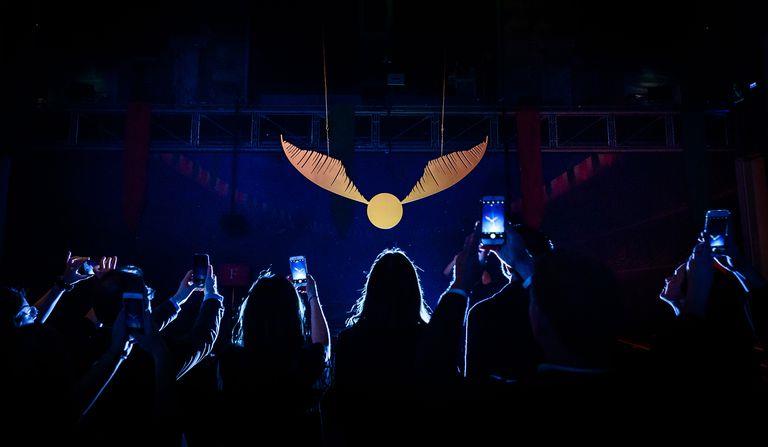 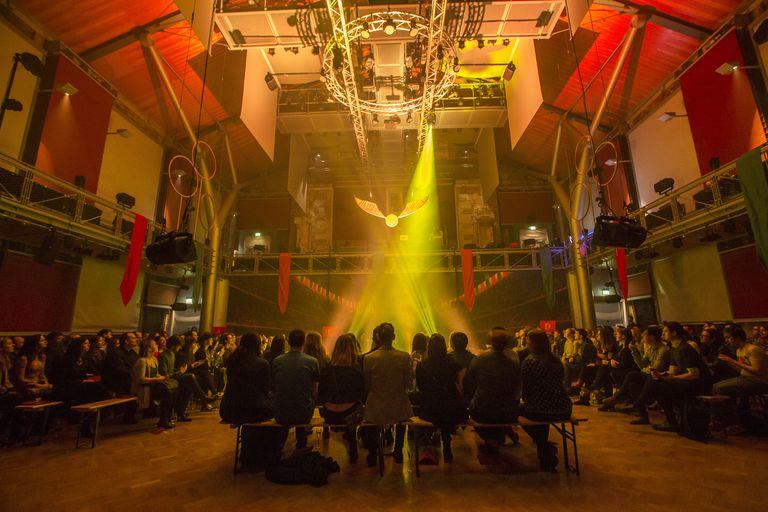 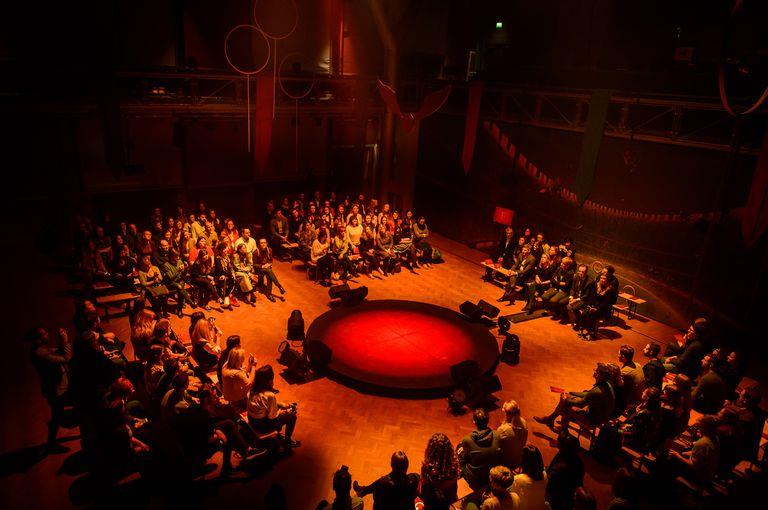 The 360-degree soundscape was created by Pinewood Studios and 3D audio specialists Kinicho and used light and design (and 38 speakers!) to construct the fully immersive experience. According to Laurence Howell, Director of Content at Audible UK, the atmosphere was just like that of a Quidditch match:

The soundscape that Pinewood and Kinicho created for our event had guests ducking and diving to avoid Bludgers and broomsticks as they hurtled past. The room was buzzing with energy and excitement – you really felt transported to the sidelines of the 2014 Quidditch World Cup.

If you didn’t get the chance to attend the launch event, don’t worry! Ginny and Rita’s match commentary is included in the Quidditch Through the Ages audiobook, narrated by Andrew Lincoln. Although not quite a 360-degree soundscape, the audiobook has a “highly detailed sound design”  that allows listeners to immerse themselves in the wizarding world’s favorite sport.

Did you attend the Quidditch Through the Ages launch event? Have you already listened to Andrew Lincoln’s narration?