MYTHTERY: “Harry Potter and the Cursed Child” Is a Prequel to the Seven-Book Series

Harry Potter and the Cursed Child is a prequel to the seven-book series. 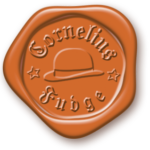 In December of 2013, it was revealed – first through British tabloid the Daily Mail and later through J.K. Rowling’s official Facebook page – that there would be a Harry Potter West End play. That original Facebook post teased readers with this hint:

What was it like to be the boy in the cupboard under the stairs? This brand new play, which will be developed for the UK theatre, will explore the previously untold story of Harry’s early years as an orphan and outcast. Featuring some of our favourite characters from the Harry Potter books, this new work will offer a unique insight into the heart and mind of the now legendary young wizard. A seemingly ordinary boy, but one for whom Destiny has plans…

However, that was before writers and directors had been chosen and the development of the project was barely out of the idea stage. The only parts of the project that had been confirmed were that Sonia Friedman and Colin Callender would produce the project, and Rowling would collaborate on the script.

This mythtery is as out of fashion as a lime-green bowler hat.

In April 2014 (the next time there was any news on the topic), there was still some uncertainty about the plot of the play; Callender simply said, “It’s an intimate personal drama about the boy who lived under the stairs.” That could be interpreted as simply a description for Harry in general or as a hint at his childhood.

By May 2014, there were still rumors about the plot as it was announced that John Tiffany and Jack Thorne had been chosen as writer and director. By June, the rumors persisted, even as the title of the play was announced – though there were also rumors that the play would focus on Lily and James before their deaths.

By July 2015, however, the rumor was being spread around by seemingly everyone – from news outlets to fans – and Rowling responded (quite famously) on Twitter that the play was NOT a prequel. In October of that same year, Tiffany and Thorne confirmed that they knew the plot of the play from their first meeting with Rowling. The official synopsis was also confirmed in October.

Of course, by the time the show began previews on the West End and the time the script was released, it was obvious that the play focused on Harry’s son Albus Severus, and any rumors of a prequel had been put to rest. However, it should be noted that there are a few scenes in the play that feature a young Harry before we met him in the first book. So it’s not a prequel, but maybe some of that idea still made its way into the final product.