June 1 marks the start of LGBTQ+ Pride Month, and Ezra Miller (Credence Barebone, Fantastic Beasts and Where to Find Them) can be seen as one of the cover stars of the June 2018 issue of Gay Times, marking a special “Pride” edition!

The “Pride” edition of the magazine, which is based in the United Kingdom, has five different covers. One version of the cover features Miller, while the other cover stars are Laverne Cox, Charlie Carver, Jinkx Monsoon, and Travon Free.

In the announcement of the “Pride” edition, the publication noted its history in the LGBTQ community.

As the longest-running LGBTQ publication in the country, we’ve a rich heritage of serving the queer population, and a responsibility to remain truly inclusive and representative. In the spirit of reflection, within the pages of this issue you’ll stumble upon some of our favourite historical Pride covers from across our 44 year journey. With each new issue we’re evolving and developing a heightened understanding of the community and the queer individuals that we love and respect so much.

From all of us at Gay Times, and on behalf of all the incredible contributors that have helped bring this issue to life, we wish you a very happy Pride. Let’s continue to push and shove our way into the mainstream, and in the spirit of our queer ancestors raise our voices in solidarity. We’ve come so far, but oh honey there’s still so much further to go. [sic]

Gay Times also noted goals for the future, including “a new commitment to amplify queer voices in their entirety.”

A description of each of the June cover stars was also provided, and Gay Times recognized Miller’s role in Fantastic Beasts and Where to Find Them.

Ezra Miller fronts the ‘genre-queer’ band Sons Of An Illustrious Father, whose music explores otherness and dissects the queer experience in modern America. In the wake of the Pulse Orlando massacre last year, they released their song US Gay which amplifies and brings attention to the fact that LGBTQ people are still being victimised and even murdered even in so-called developed countries. Alongside his bandmates Lilah Larson and Josh Aubin, Ezra goes into the responsibility they feel to speak to their queer audience, the importance of visibility, and the parallels between Ezra’s character Credence in Fantastic Beasts and the LGBTQ experience.

Additionally, a quote from Miller was provided on the page to purchase the edition of the magazine featuring his cover.

Having been a mentally ill, disaffected queer youth, I know how much it can matter to see queer people surviving and thriving. Being loved, and loving themselves, life and the world. We all know vaguely the statistics of suicide among queer youth, and the murder of queer and gender nonconforming people. Promoting visibility is a really powerful tool against that.

Check out the magazine’s photos of Miller below! 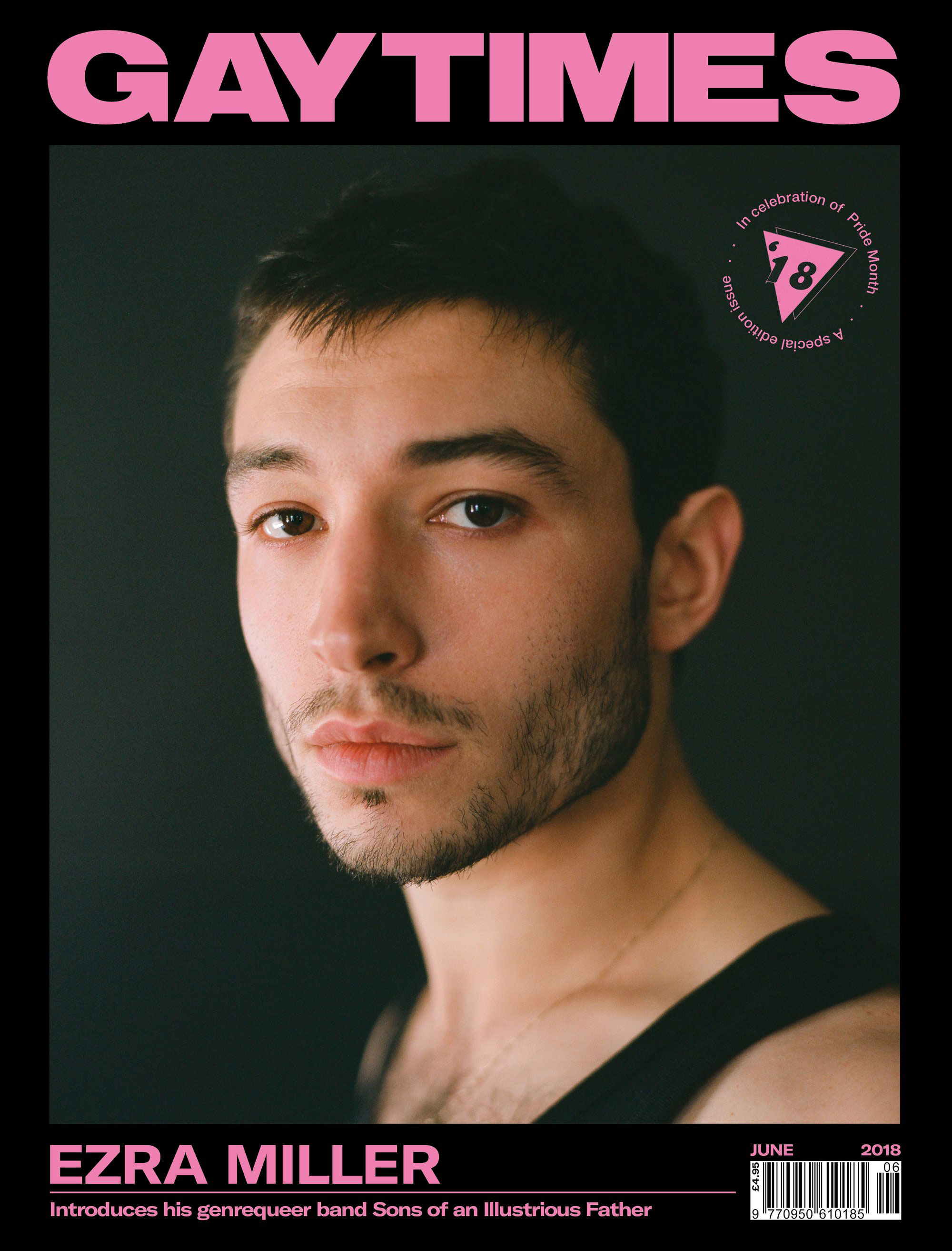 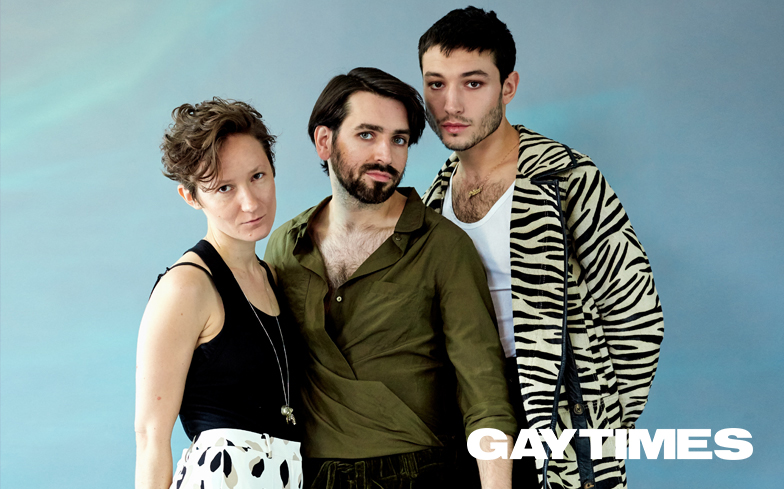 Sons of an Illustrious Father pictured in “Gay Times” – June 2018

You can purchase the June 2018 “Pride” edition of Gay Times with Miller on its cover here.

What do you think of the cover? Are you happy to see more LGBTQ+ representation?