The new show features moments from our favorite movies and is the second nighttime show to arrive at the resort, alongside “The Nighttime Lights at Hogwarts Castle” in Universal’s Islands of Adventure.

Created by combining projection mapping, panoramic water screens, lasers, and 120 fountains, “Universal Orlando’s Cinematic Celebration” treats guests to an “epic cinema under the stars,” featuring characters from Universal attractions and some of the worlds biggest films. Alongside scenes from E.T., Jurassic Park, and the Fast and Furious franchise, guests will get to see moments from the Harry Potter films “conjured by way of spells,” all from the all-new dedicated viewing area for the show! 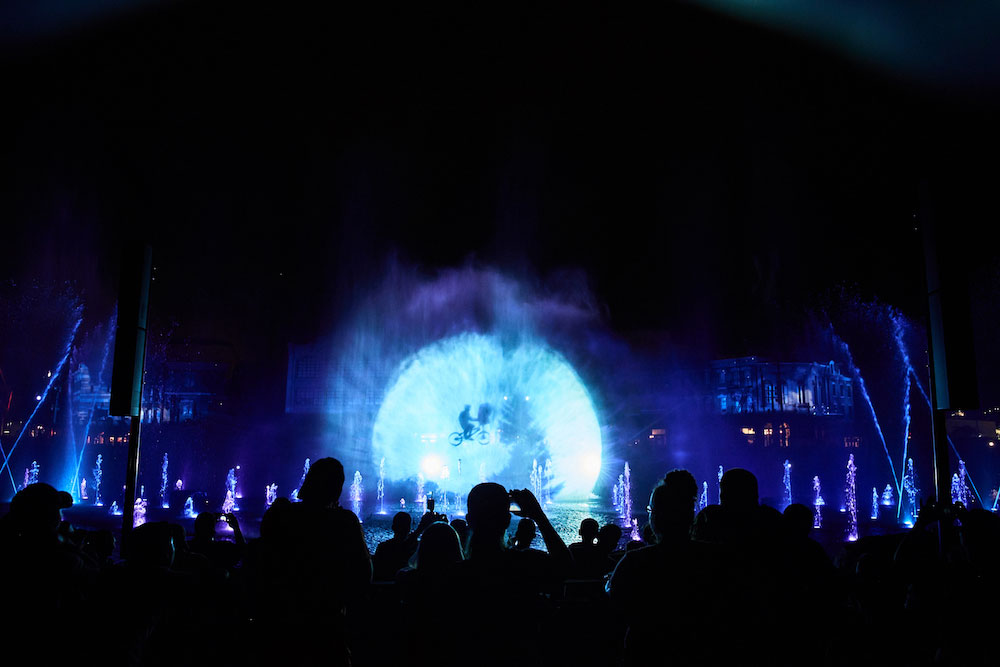 Characters from Universal attractions and some of the world’s biggest films will be featured in the show, including “E.T.”, “Harry Potter”, and “Jurassic Park”. 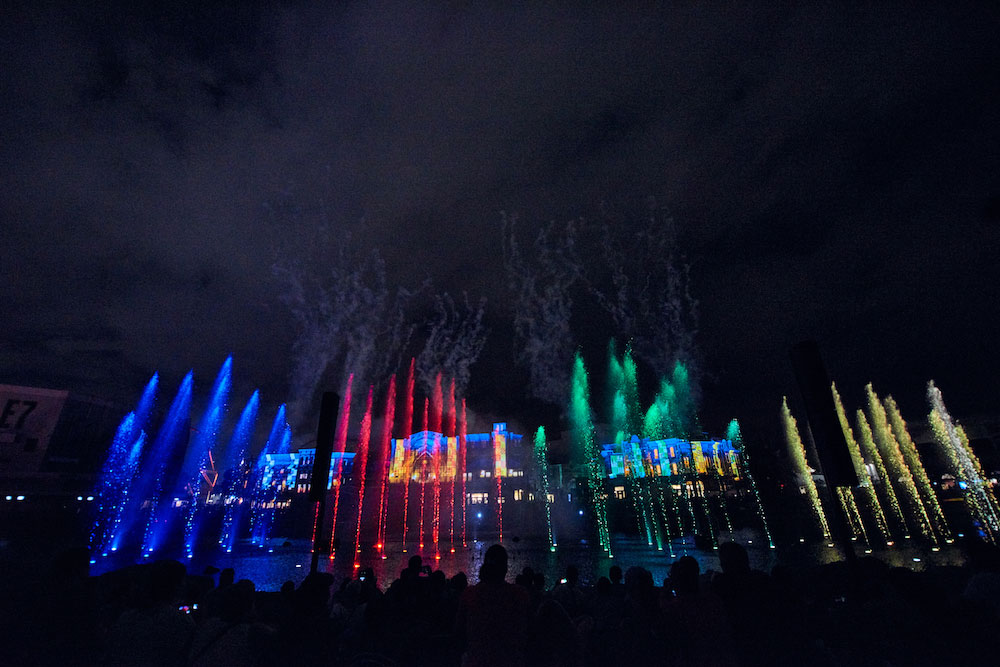 “Universal Orlando’s Cinematic Celebration” will include a “Harry Potter” section, involving scenes from the movies and Hogwarts House-colored lights! 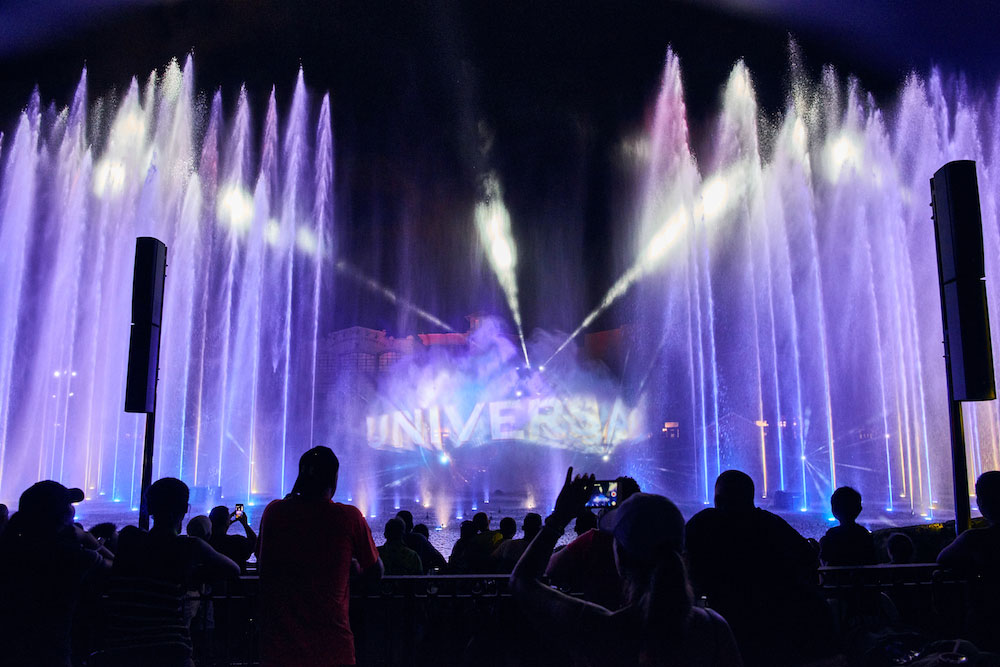 Guests can view the nighttime lagoon show from a new dedicated viewing area. 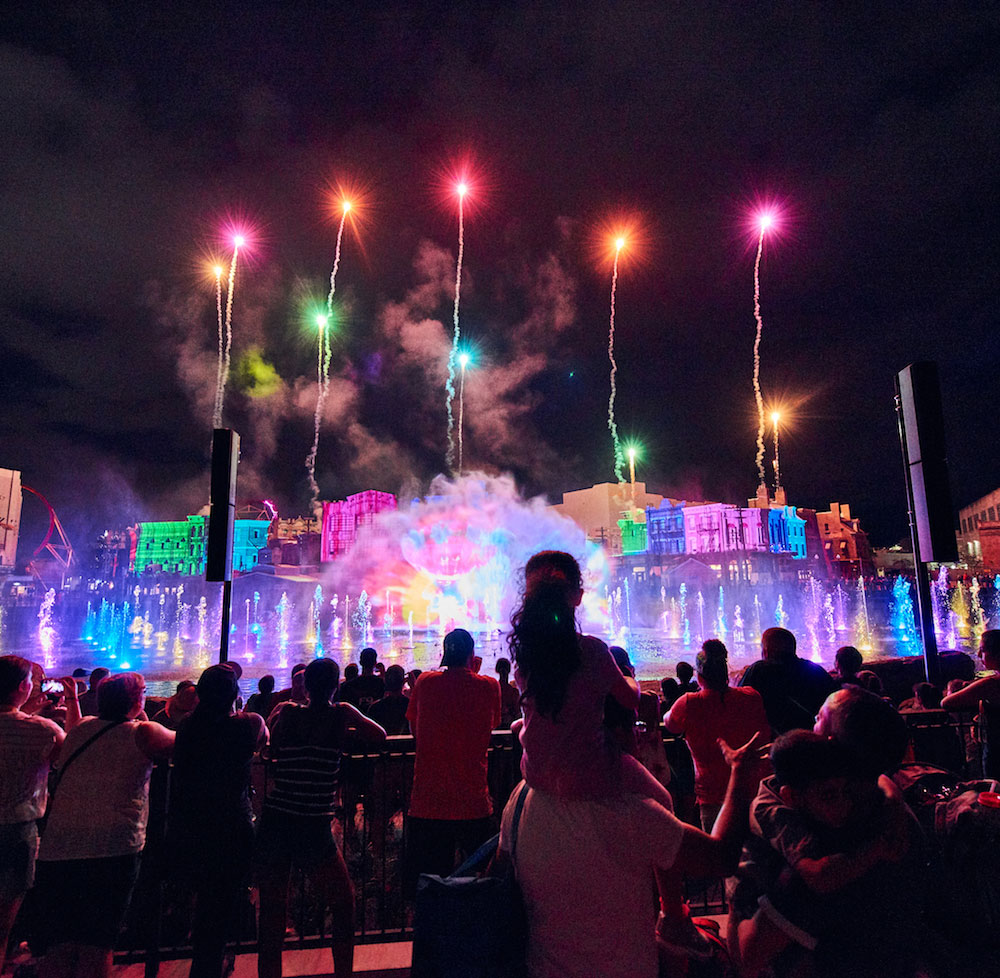 The show is created by blending panoramic water screens, 120 fountains, lasers, and fireworks!

“Universal Orlando’s Cinematic Celebration” will run on select nights during the summer, the dates of which can be found here. For even more of a sneak peek of the show, check out the video below. Pay special attention from 42 seconds onward to catch glimpses of the Harry Potter section of the show!

Will you be heading to Universal Orlando Resort this summer? Are you excited for the new nighttime show?

Guests now have a brand-new way to cap off their day in Universal Studios as they enjoy an “epic cinema under the stars” in the heart of the theme park. The show seamlessly blends panoramic water screens accented by multi-layer water screens, pyrotechnics, lasers, projection mapping and more than 120 dancing fountains to transform the lagoon and surrounding buildings into a vivid celebration of beloved characters from Universal attractions and some of the world’s biggest films. And guests will watch it all come to life in an all-new dedicated viewing area designed specifically for the show.

Guests will witness moments from the Harry Potter film series conjured by way of spells, terrifying roars from Jurassic World dinosaurs, high-octane action from the Fast & Furious films, mischief by the Minions from Illumination’s Despicable Me and more come to life each night in the heart of the Universal Studios lagoon. Click here (https://blog.universalorlando.com/whats-new/now-open-cinematic-celebration/) to get a glimpse of the new show. Universal Orlando’s Cinematic Celebration runs select nights this summer.