Here at MuggleNet, we love a good conspiracy theory. That’s why when a few eagle-eyed staff members noticed a new sign in Diagon Alley at Universal Studios Florida in Orlando, they took it and ran with it.

Speculation began circulating as to if a Globus Mundi store would be opening once mysterious new construction began. Well, speculate no more! The Globus Mundi Travel Agency has officially opened for business!

The Universal Orlando Resort Blog published an article highlighting the new store and included photos of the gorgeous shop! The store features some of the wonderful designs by MinaLima, and in a tribute to the graphic designers, one of the clocks on the wall (seen below) says “Mina Time” and one says “Lima Time.” Check out the images of the store below. 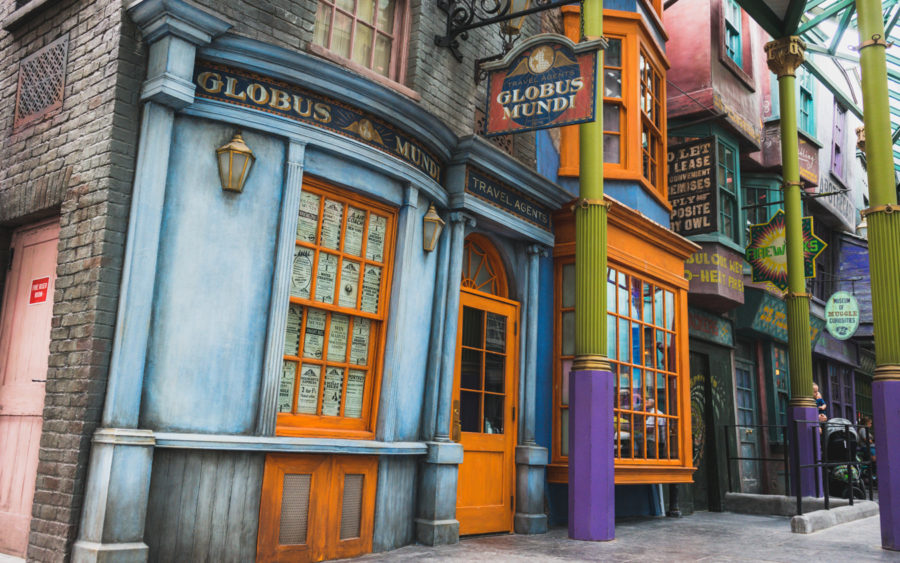 The front of the Globus Mundi store is colorful and eye-catching. 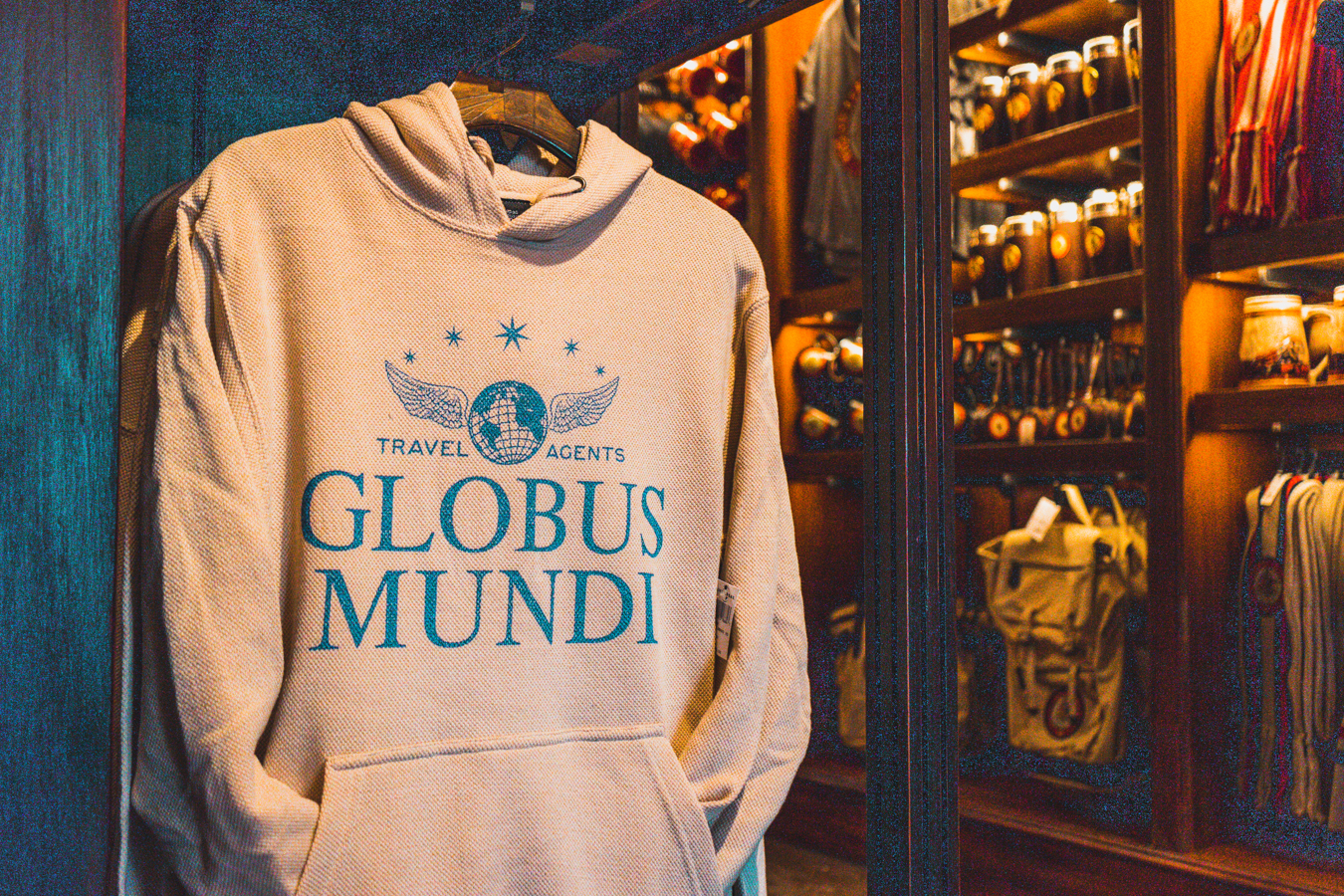 Snuggle up in this Globus Mundi sweatshirt. 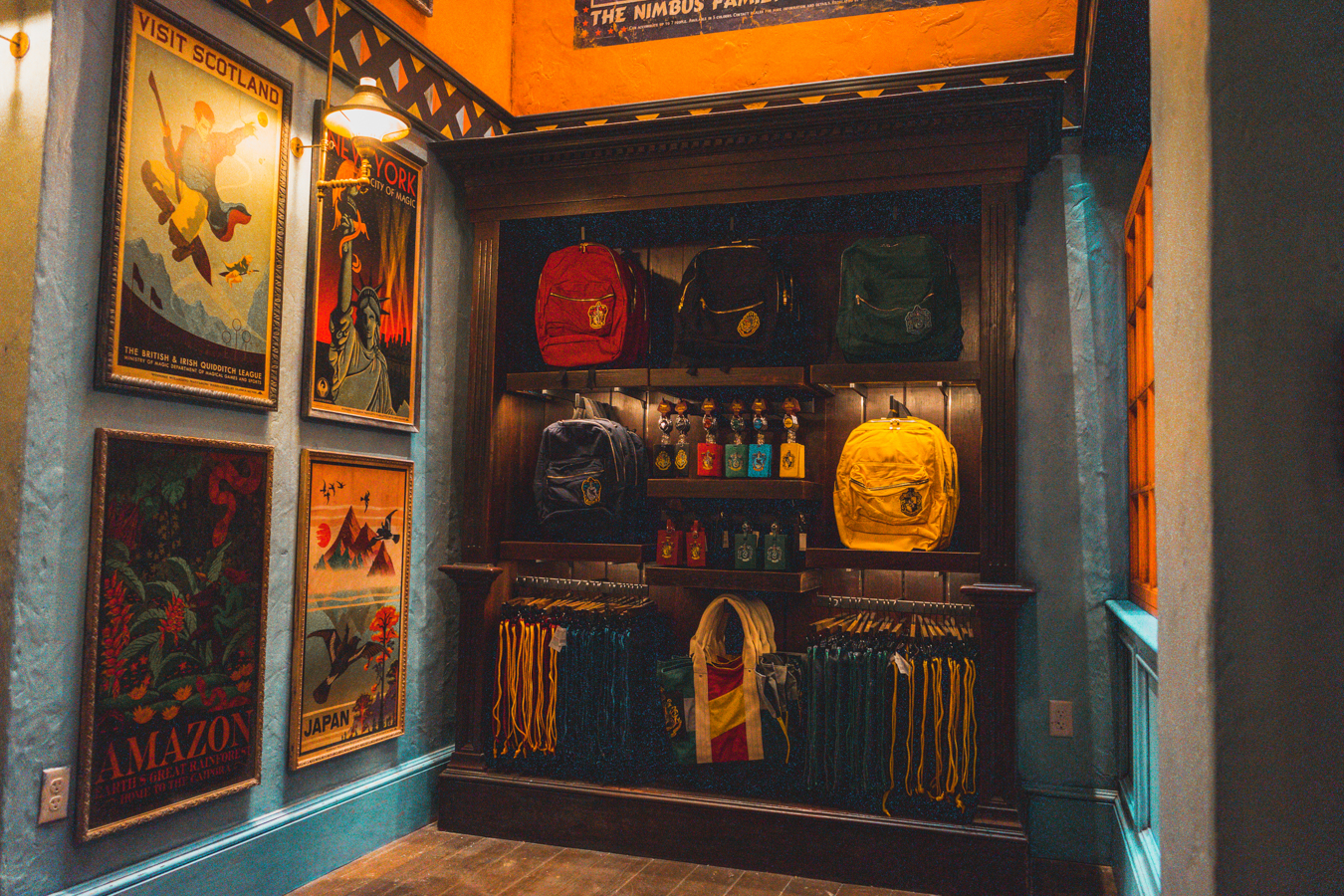 The Globus Mundi store has merchandise for students in every House! 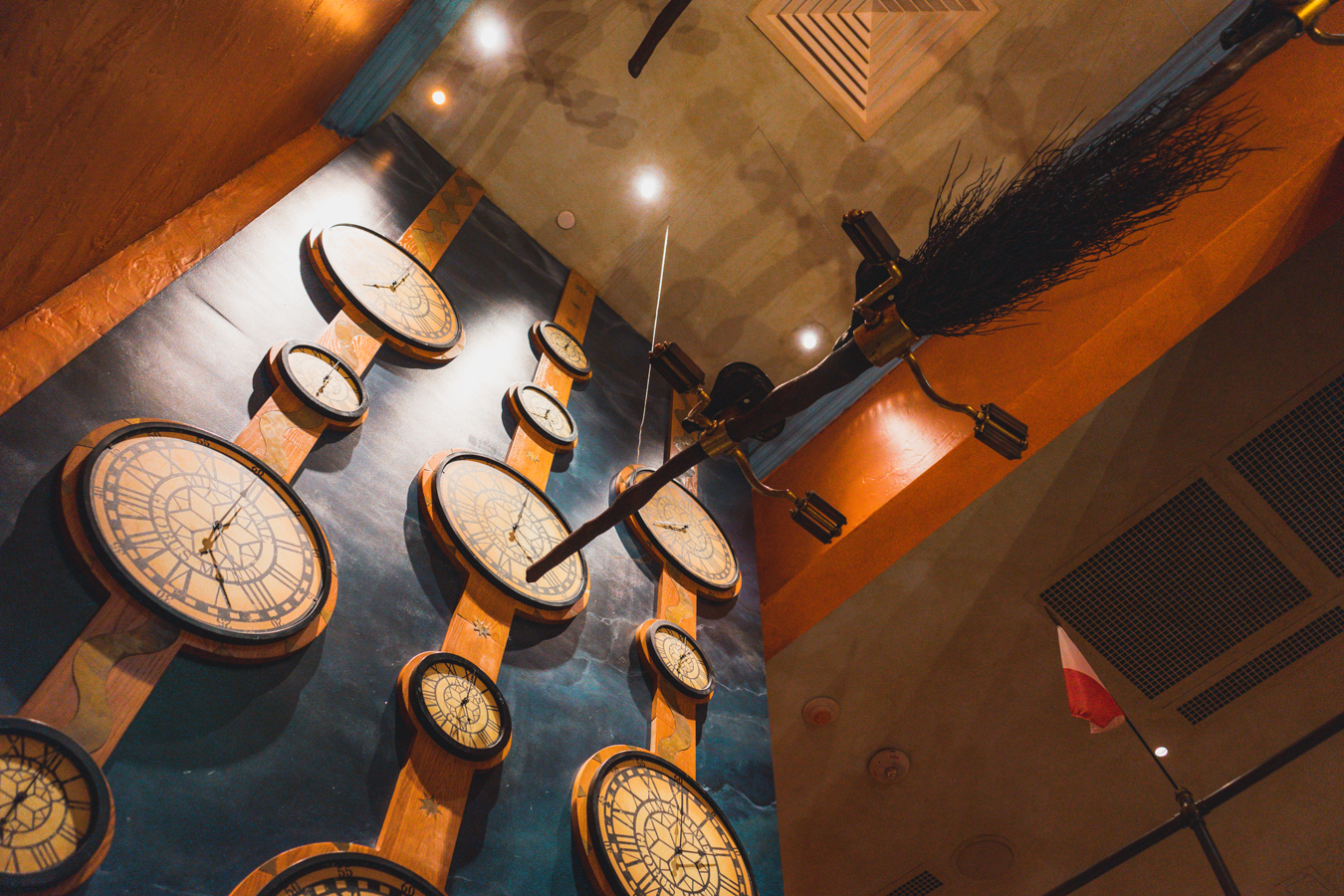 These clocks on the wall include shout-outs to the wizarding world’s graphic designers. 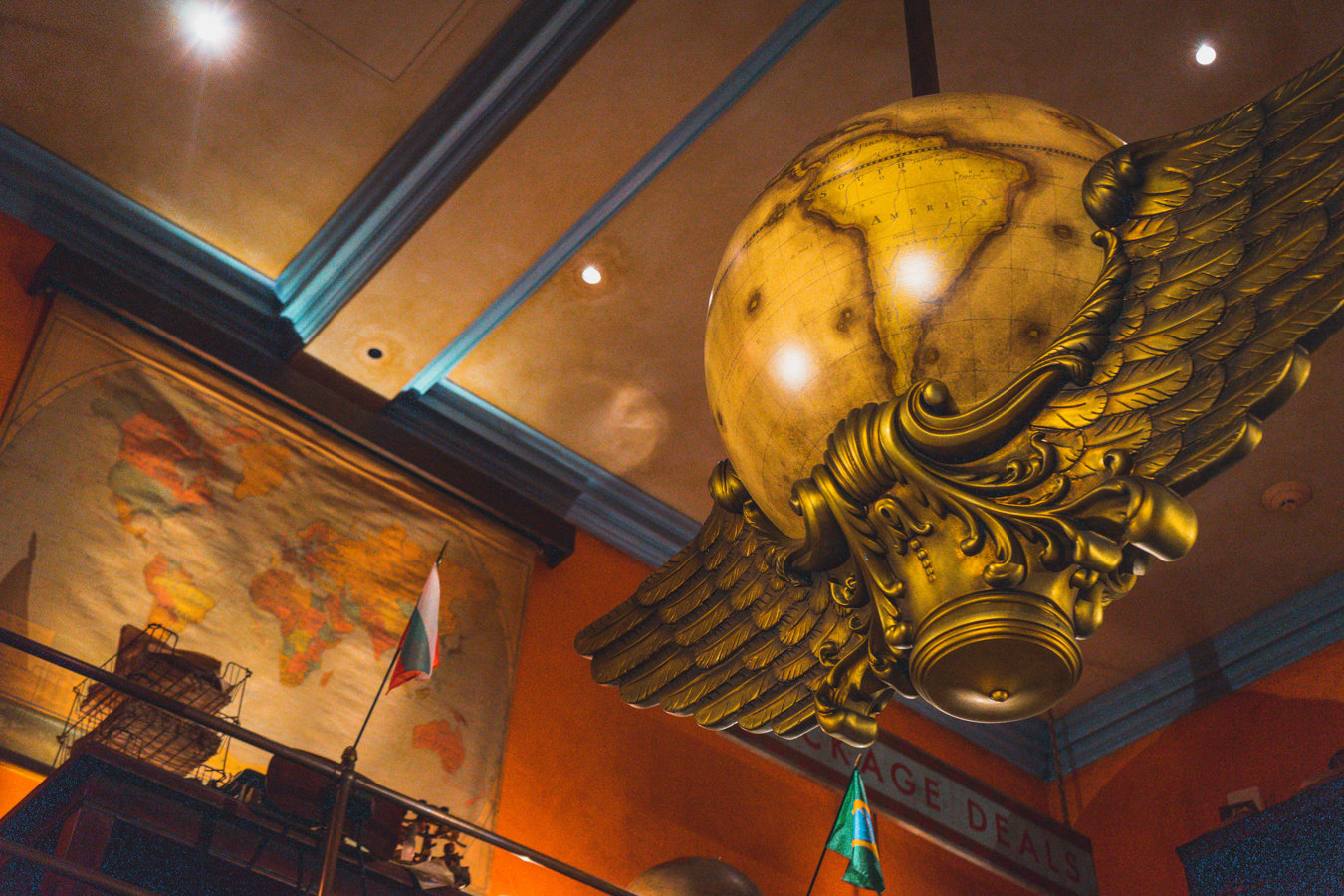 A large globe is supported by golden wings in the shop.

In the short video, we see what looks like travel posters for areas such as Scotland and Scandinavia, Hogwarts merchandise, a “Ticket Booth” and “Travel Information” area, and regular Potter-themed items as well as official Globus Mundi merch.

The store is beautifully decorated and is packed with visitors in this video. It looks like a perfect place to stop for all things wizarding travel.

The construction of the store does bring up some questions as to its relevancy, however. Why choose now to construct it? Will we be seeing a Globus Mundi store cameo in Fantastic Beasts: The Crimes of Grindelwald? What part could it play in the future Fantastic Beasts movies? Lucky for us, we only have a few more weeks until we can find out the answers to those questions!

What part do you think Globus Mundi could play for our heroes in Crimes of Grindelwald? Let us know in the comments below!