History and magic combine at the New-York Historical Society with the opening of Harry Potter: A History of Magic. Starting October 5, 2018, until January 27, 2019, visitors to the Historical Society will have the chance to experience the British Library’s most successful exhibition. MuggleNet got the chance to preview the exhibition and this celebration of the 20th anniversary of the United States publication of Harry Potter and the Sorcerer’s Stone, featuring rare books, manuscripts, and magical objects from the collections of the British Library. 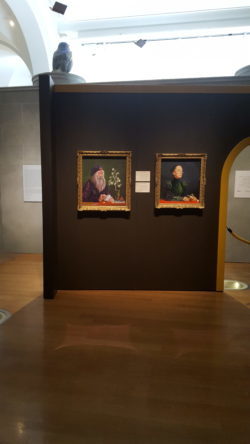 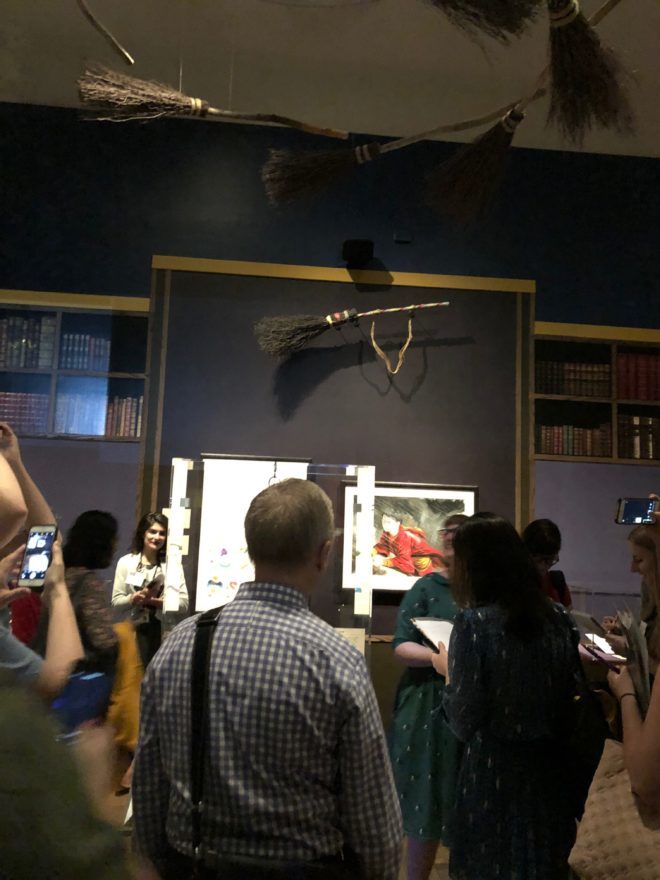 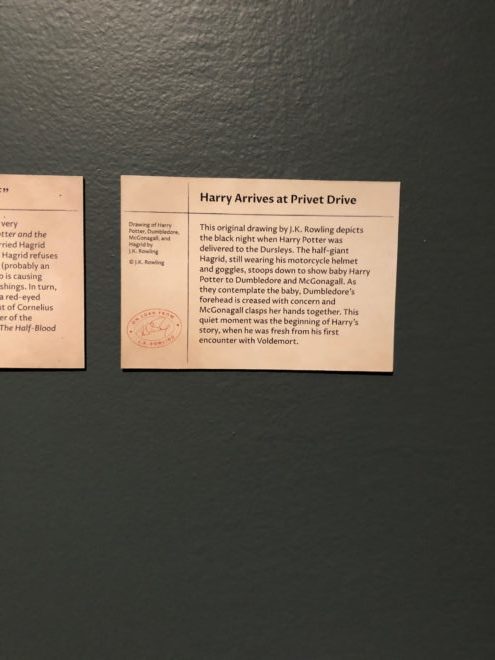 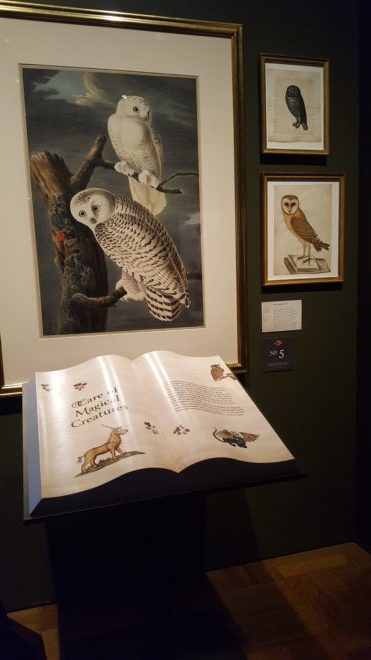 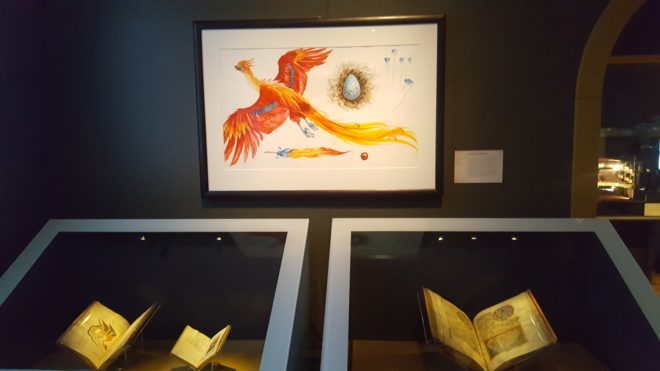 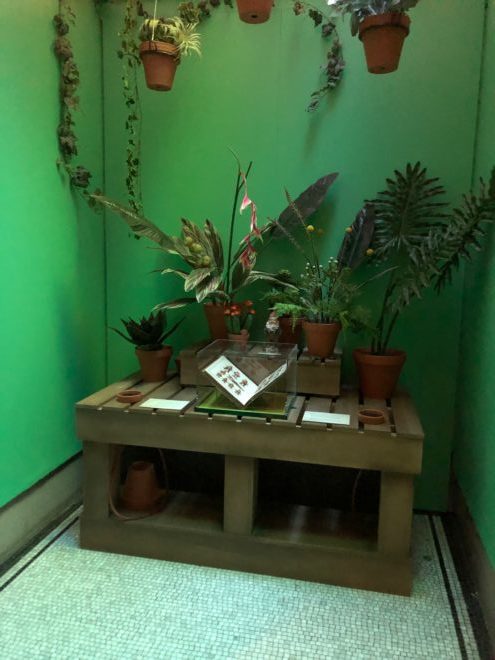 A collection of plants in the Herbology room 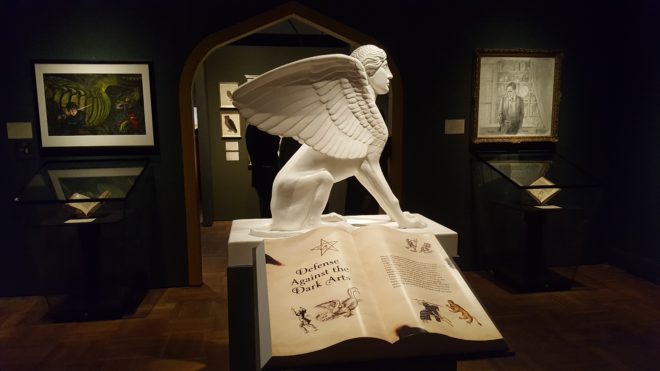 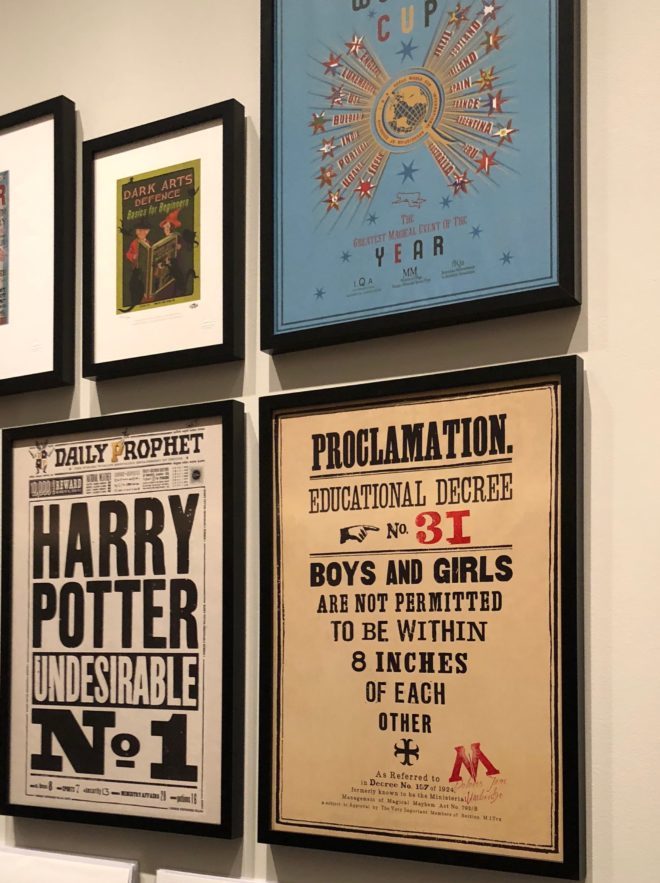 Sample of the posters available in the exhibition gift shop

The first room is an introduction to Harry Potter, featuring the letter sent to J.K. Rowling by Arthur Levine on December 19, 1997. In the letter, Levine asks Rowling to change the book title from Harry Potter and the Philosopher’s Stone to Harry Potter and the School of Magic. This room also features a note from the daughter of the founder of Bloomsbury, regarding her thoughts on J.K. Rowling’s first manuscript. She wrote in a note, “The excitement in this book made me feel warm inside. I think it is possibly one of the best books an 8/9-year-old could read.”

The first subject the exhibition explores is Potions, including information on bezoars from historical texts. According to A Compleat History of Druggs (published in London in 1737), goats produce the best bezoars to treat poisons, something we’re happy to know Harry remembered! But the most interesting artifact in this room was the actual gravestone of Nicolas Flamel from 15th-century Paris.

Following Potions, visitors attend Herbology with Professor Sprout. The must-see element of this room is the copy of The Complete Herbal, first published in London in 1653, which cataloged herbs and their medical uses. In fact, J.K. Rowling herself owns two copies and used the book to inspire the herbology in Harry Potter.

Once you feel competent in Herbology, visitors move on to Charms. Historically, the most interesting part of this room is Liber Medicinalis from the third century. Within this book is the first known usage of the word abracadabra, which was used as a way to cure malaria. A cure for malaria isn’t enough? Then try to catch the Golden Snitch that flits around the room.

Next, visitors find themselves in a combined class for Astronomy, Divination, and Defense Against the Dark Arts. A 1595 Italian manuscript takes center stage and describes the basilisk, incredibly deadly but only the width of a palm! Interestingly, this book claims that basilisks could only be killed using the scent of a weasel. Harry Potter and the Chamber of Secrets would have gone a lot differently if Rowling had used this description of the basilisk!

The final lesson that visitors attend is Care of Magical Creatures and this room includes a look at giants, trolls, owls, unicorns, mermaids, and phoenixes.

Finally, the last room of the exhibition is a look at the future of Harry Potter. It features set diagrams from Harry Potter and the Cursed Child and nods to Fantastic Beasts and Where to Find Them, something that may pique the interest of new Potter fans.

The quality of the objects is the best thing about Harry Potter: A History of Magic. The rare books, manuscripts, and magical objects collected for the New-York Historical Society and the British Library give you a new understanding of the research behind our favorite series. One especially unique item from Harry Potter: A History of Magic that you must look out for is the original drafts of the Harry Potter books by J.K. Rowling. It was amazing to see her editing process.

The exhibition is large, so you’ll certainly get your money’s worth, but take this as a warning: Some weekends are already sold out! Be sure to book ahead for this special exhibition.

Tickets are timed entry and are $21 for adults, $16 for seniors (65+), $13 for students, $6 for kids ages 5–13, and free for children 0–4. Tickets include admission to the rest of the museum. Click here to purchase exhibition and programming tickets. The New-York Historical Society is also presenting exhibition-related events for grown-up Harry Potter fans such as trivia nights, workshops, creative writing classes, and much more, so don’t forget to check out the other events!