Christmas Has Arrived at Hogwarts!

Warner Bros. Studio Tour London – The Making of Harry Potter is definitely the place for Harry Potter fans. It not only includes the sets, costumes, props, and much more from all the Potter films but also hosts Hogwarts in the Snow during the holidays. We recently visited the Studio Tour for Hogwarts in the Snow, featuring the Great Hall set for the Christmas feast, the Yule Ball, and the Hogwarts model covered in snow.

The first set you visit is the Great Hall, decorated with realistic-looking dinner, pudding, Christmas trees, and crackers in House colors.

Look out for the demonstration on how the crew set fire to the Christmas puddings or facts about the switch between real and fake food when it melted under the filming lights. On top of the trees, there are witches on brooms that fly around! 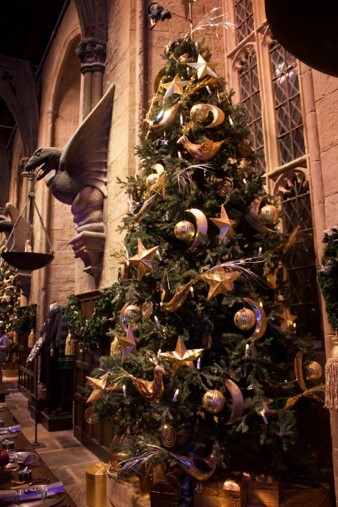 Christmas tree in the Great Hall 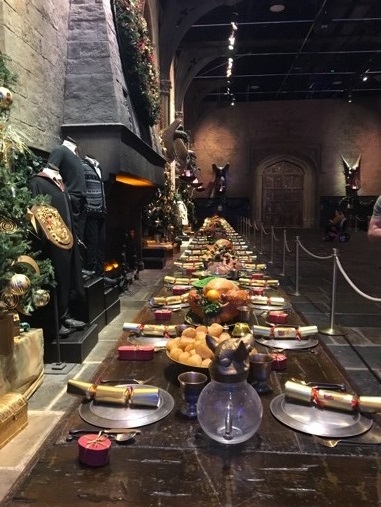 Christmas crackers in the Great Hall 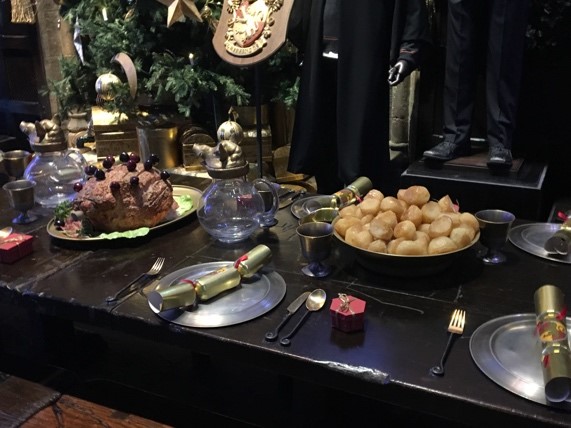 Christmas feast in the Great Hall

The Great Hall is also set for the Yule Ball. There’s an ice sculpture and drink stand with pumpkin-topped and icicle decorations on the bottles. You can also see Flitwick and his choir. 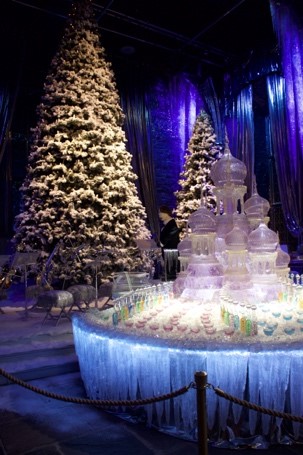 The Great Hall set up for the Yule Ball 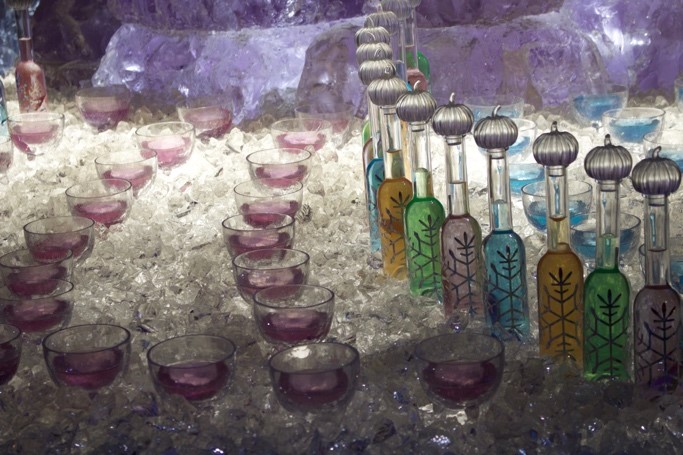 Throughout the tour, there are costumes that the actors wore to the Yule Ball. Hermione’s beautiful dress and Ron’s more traditional dress robes can be seen up close.

On the board, there is “The Witch Waltz” written out from when McGonagall teaches the students to dance. Can you spot the green leg of Professor Moody? This is so the special effects team can add his CGI leg in after! 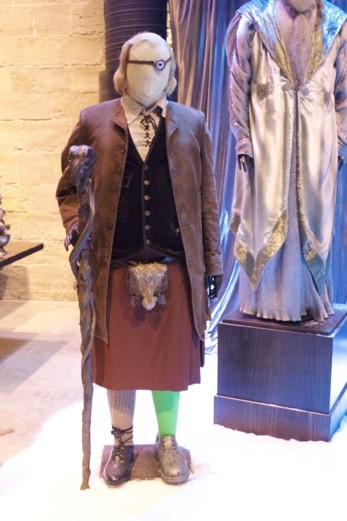 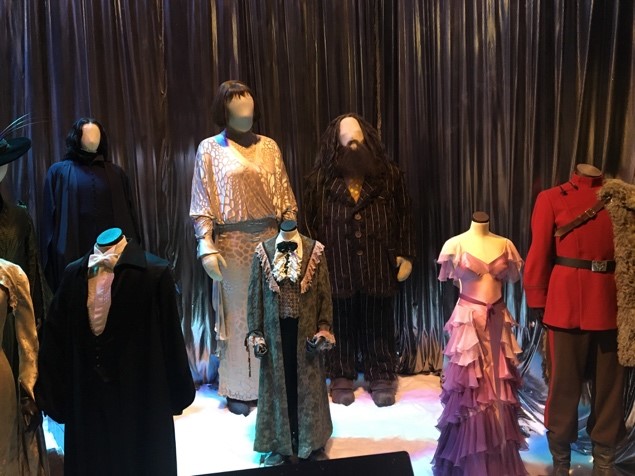 Visitors will also be able to watch a snow demo where you can interact with the different kinds of fake snow that’s used and also take a look at how the prop department makes the ice and even play with fire made from water vapor!

The welcoming Gryffindor common room has Christmas trees and streamers and Christmas cards complete with a cozy fire. The dorm room is also decorated with tinsel and is completed with socks drying by the heater. You can take a look into what Ron, Harry, Dean, and Neville have hanging by their beds – Ron’s love for the Chudley Cannons is definitely shown here. 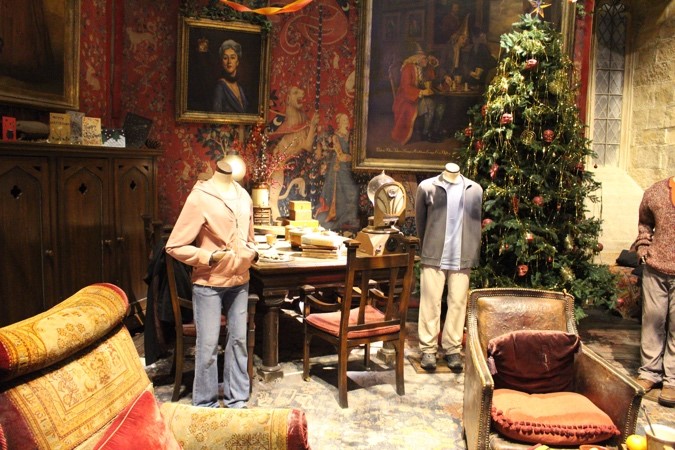 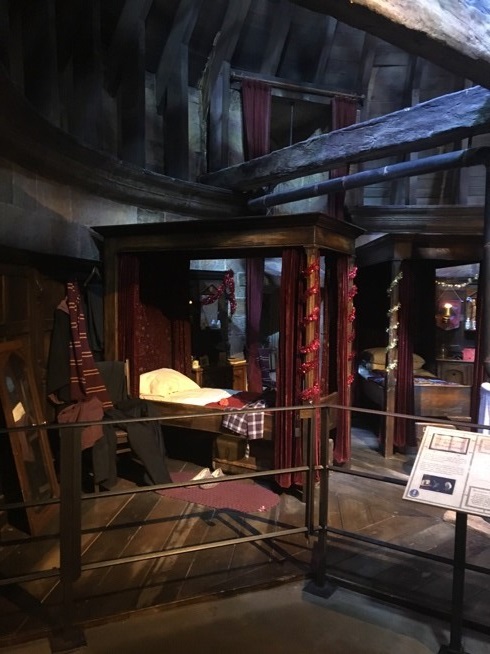 During the SFX section of the tour, you’ll have the opportunity to ride a broom or be on a wanted poster. Always wondered how Quidditch or the flying car scene were made? Then this is the place to find out! 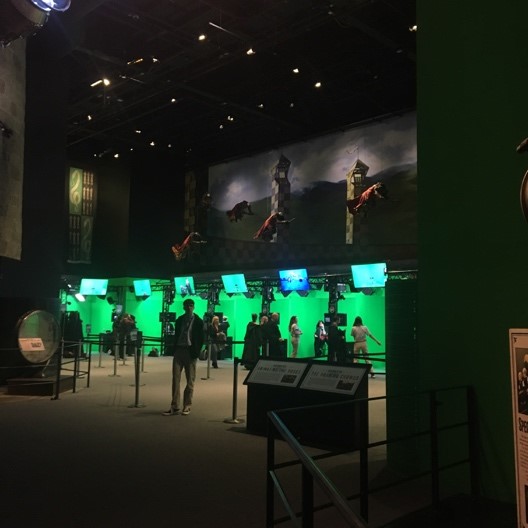 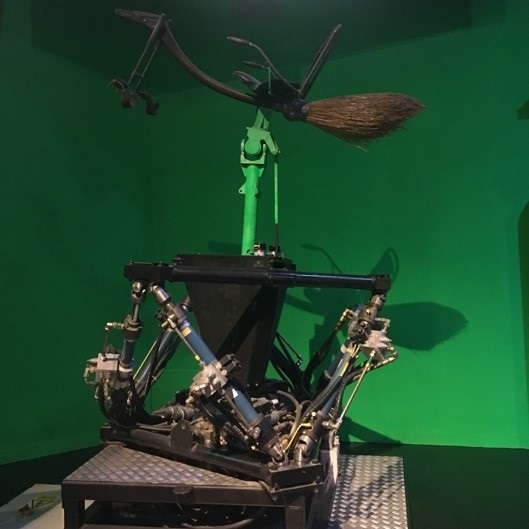 There are also interactive sets, including the Ministry of Magic and the Burrow. One of the newest elements is the Forbidden Forest. Don’t forget to take a picture as you run toward the wall on platform nine and three-quarters and walk through the Hogwarts Express carriages, which are decorated with recognizable moments from the films. 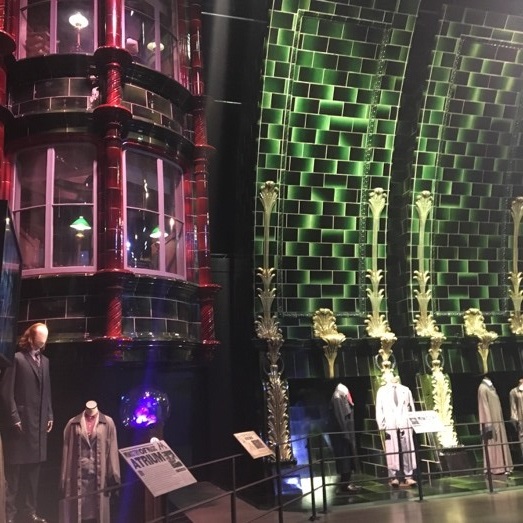 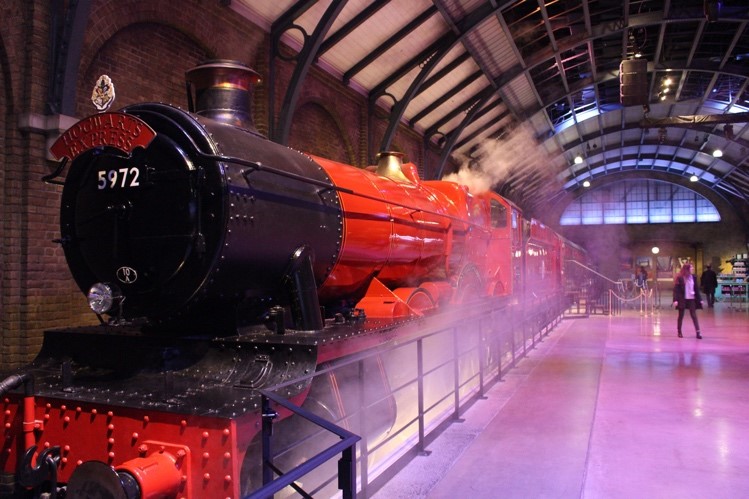 Grab a butterbeer at the Backlot Café before heading outside to the Knight Bus and Privet Drive. Opportunities for photos with Hagrid’s motorbike and the flying car await. Share your photos using #HogwartsInTheSnow.

Diagon Alley is an iconic location that includes an extra element for Hogwarts in the Snow. There are footprints in the snow! You can also see the machine that makes these footprints. Be sure to take in all details when walking down Diagon Alley – the windows of the shops have lots of props and items in them. 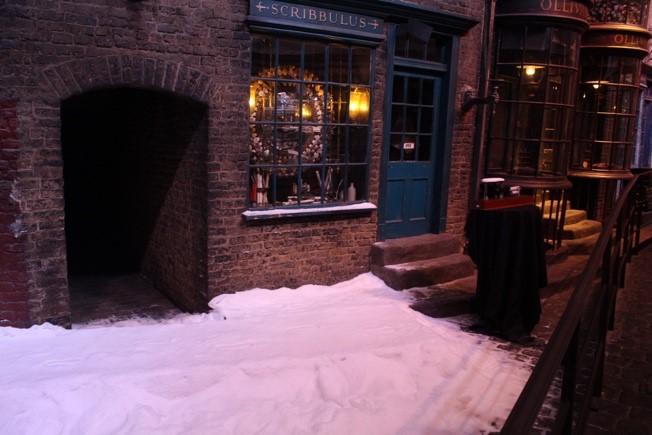 Diagon Alley in the snow

Alas, the Hogwarts model, the moment you’ve been waiting for. Nostalgic Harry Potter music plays as you walk around Hogwarts in the Snow. This is the part that everyone speaks about; the snow-covered Hogwarts makes it even more magical. When standing and looking over the model, it’s crazy to think that this was used for the exterior shots in the films. The detail and craftsmanship that has gone into creating this model are insane. If you look closely, there are tiny little lights hanging on the side of the buildings. Furthermore, you can spot the places from the films such as the greenhouses, Dumbledore’s office, and the Gryffindor common room. 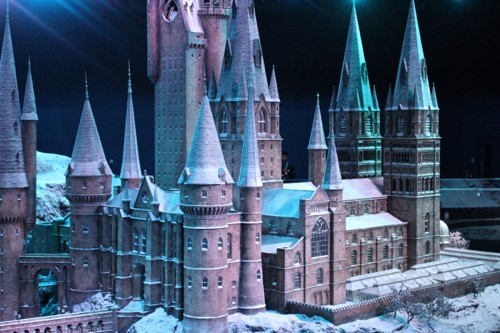 The Hogwarts Castle model covered in snow for the holidays 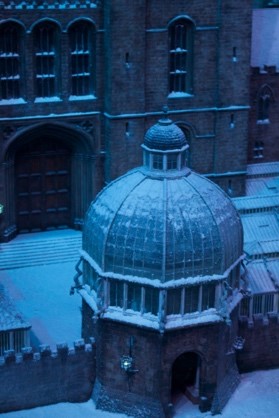 A close-up of Hogwarts covered in snow 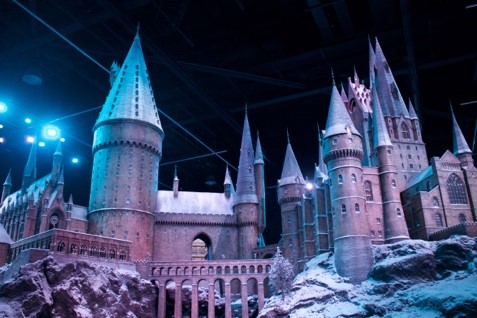 Another look at Hogwarts covered in snow, including the picturesque viaduct

If you have been to the Studio Tour before but not at Christmas, there are lots of new things to look out for. Even more, if you have never been, Hogwarts in the Snow is the time to go for the extra magical experience. Visit the Studio Tour website for more information on planning a visit.