Why Newt Is Rowling’s Best-Written Hero

The atypicality of Newt Scamander – the ultimate Hufflepuff – as a hero is the very best element of the Fantastic Beasts franchise. In Newt, Rowling has created a hero whose best quality is the compassion that he shows for all living creatures – as Leta says, “You never met a monster you couldn’t love.” Harry Potter embodied many traits that are typical of the traditional hero. He was the chivalrous Gryffindor. The Chosen One. Destined to triumph over Voldemort. For all of Harry’s heroism, though, Newt represents everything that we should aspire to be. He embodies all the best qualities of Hufflepuff House – he’s kind, modest, and loyal. In Fantastic Beasts and the Crimes of Grindelwald, Rowling highlights Newt’s best features by contrasting him to Theseus (the traditional hero).

Newt is also a type of character we rarely see depicted in any big-budget movies. He’s not the typical masculine hero we often see on screens, whose manliness is based on how male heroes are expected to behave – aggressively, violently, and pridefully. Newt possesses none of those character traits. In fact, Newt may just very well be my favorite character that J.K. Rowling has ever written – and that includes all the characters we come across in the Harry Potter books. In Fantastic Beasts and Where to Find Them, Eddie Redmayne’s portrayal of Newt Scamander subverted all of the audience’s expectations of how a hero ought to behave. And in Fantastic Beasts: The Crimes of Grindelwald, we see the reluctance of Newt to be a hero (“Dumbledore, why can’t you go?”). Newt is uninterested in the glory and adulation that is often bestowed upon heroes. Like Dumbledore says, Newt “does not seek power” – he simply asks, “Is this thing right?” We’re even shown Newt subverting expectations in Fantastic Beasts and Where to Find Them. When Newt faces the International Confederation of Wizards during a meeting at MACUSA, a diplomat named Momolu Wotorson mistakes Newt for his brother, Theseus. Theseus is a celebrated war hero (and I question whether war is really something to be celebrated). 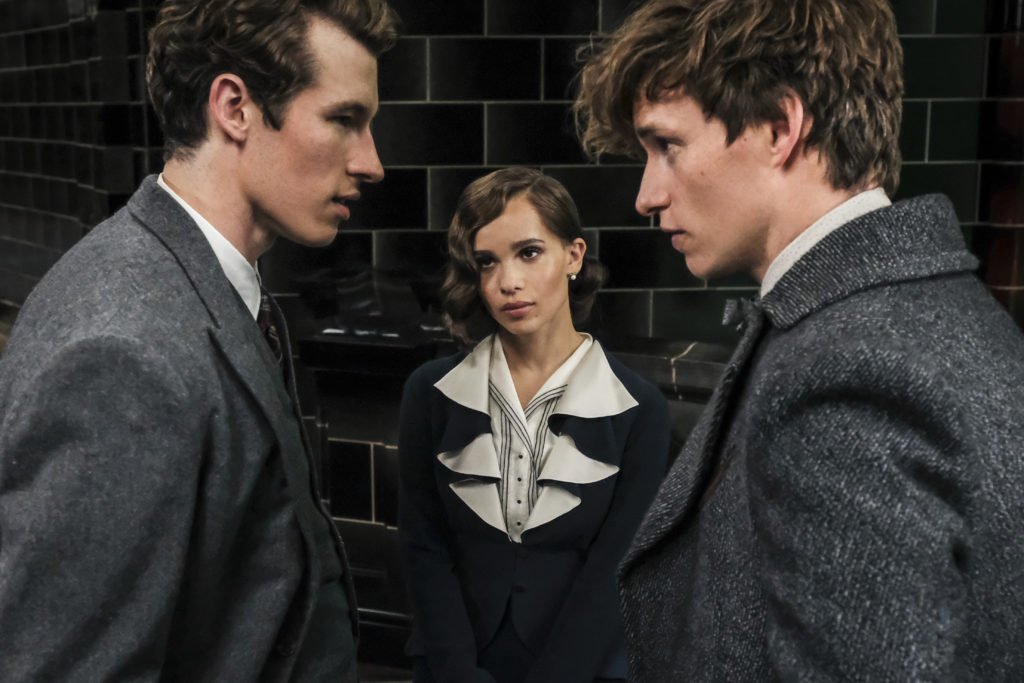 In Crimes of Grindelwald, we see Newt say to Theseus, “I don’t do sides.” Like Dumbledore, Newt sees the good in everyone. Theseus, on the other hand, is a man of the system – a Ministry man through and through. Prior to Crimes of Grindelwald being released, we speculated that Theseus might be another Percy Weasley. Having watched Crimes of Grindelwald, that comparison is not too detached from reality. There is a complexity to Theseus’s character, and we see this through his interactions with Newt and Dumbledore. Unlike Percy, Theseus isn’t so overly committed to the Ministry to the point that he’s turned his back on his own family. However, in a scene after the Ministry confronts Dumbledore, and Theseus and Dumbledore are alone in the Defense Against the Dark Arts classroom, you can sense the tension within Theseus. It’s almost as if he wanted to say something more to Dumbledore at that moment but stopped himself because he valued his position in the Auror Office at the Ministry of Magic more instead.

Theseus represents how Newt is supposed to behave according to society. When we’re first introduced to Theseus in Crimes of Grindelwald, he advises Newt to be less like himself, saying that “it can’t hurt.” In reality, the world needs more people like Newt and fewer people like Theseus. The line “There are no strange creatures, only blinkered people,” reflects his character extremely well (it highlights the very best of his Hufflepuff-ness), and even though Theseus tells Newt to “keep an open mind,” it seems to me that Theseus is the more close-minded of the Scamander brothers.

Ultimately, Newt is more of a hero than Theseus will ever be.