UPDATED: Here Are the Creatures That Will Be Featured in Hagrid’s Motorbike Adventure

We are only about two months away from the opening of the new ride at Universal Orlando Resort. Hagrid’s Magical Creatures Motorbike Adventure looks like it’s going to be a treat for parkgoers and is promised to be an immersive experience. We can’t wait to try it out, but for now, we will settle with learning what – or rather, who – will be featured in the ride!

This week, Universal Orlando will be revealing some of the magical creatures guests will encounter during the “highly themed, immersive coaster experience.”

The first creature revealed makes perfect sense for a ride that has Hagrid’s name in the title. It’s Fluffy! According to Hagrid, Fluffy is a piece of cake, but the Fluffy seen here looks extra fierce and weighs 8,000 pounds! You can check out the Universal Orlando blog for more about Fluffy and stay tuned this week to see who else will be featured on this ride! We’re going to brush up on our Care of Magical Creatures before we learn who else Hagrid might have in store for us.

Today’s creature is a bit of a troublemaker. It’s the Cornish pixies! Check out the images of what the pixies will look like on the ride. 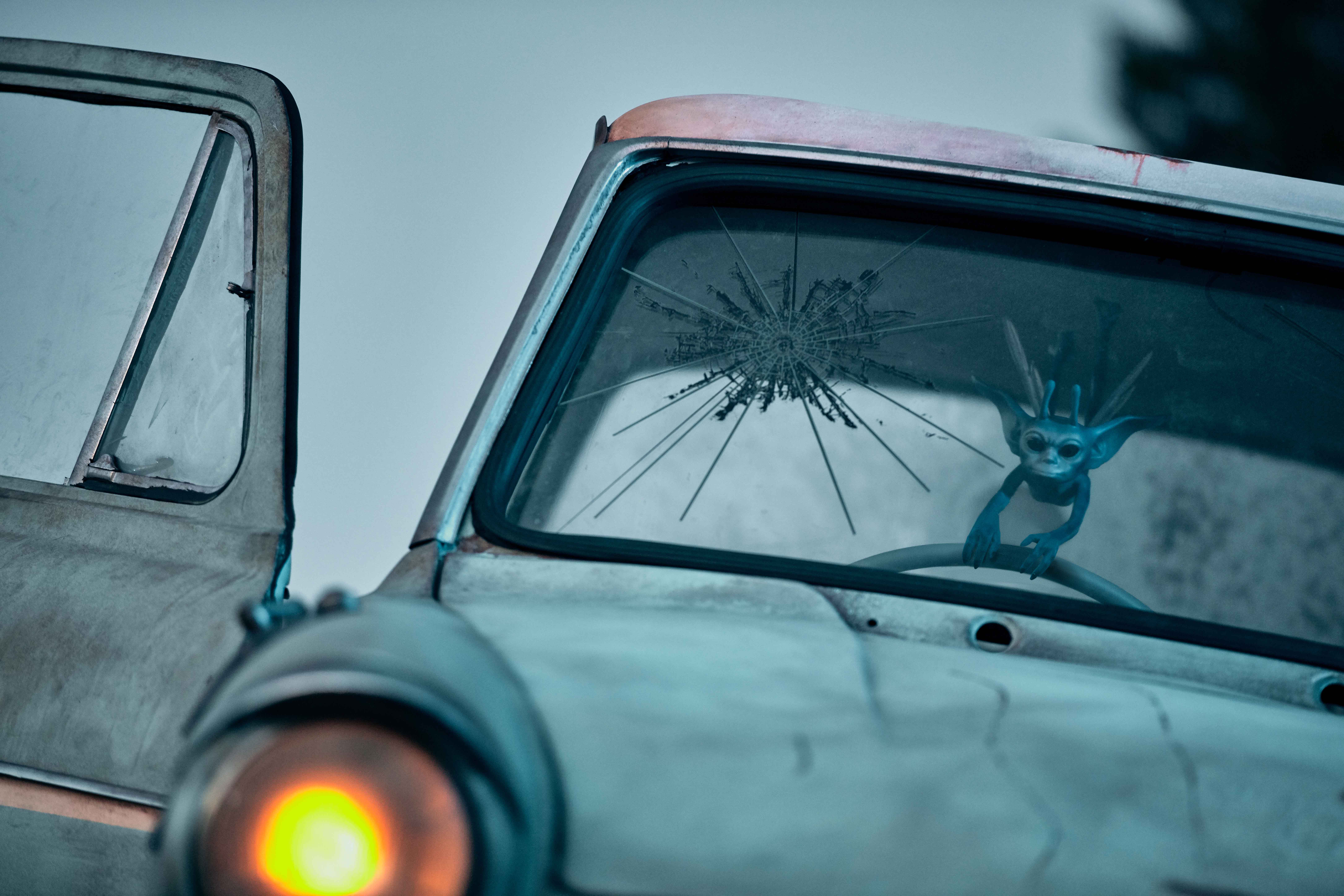 The Cornish Pixie is hanging on to the steering wheel. 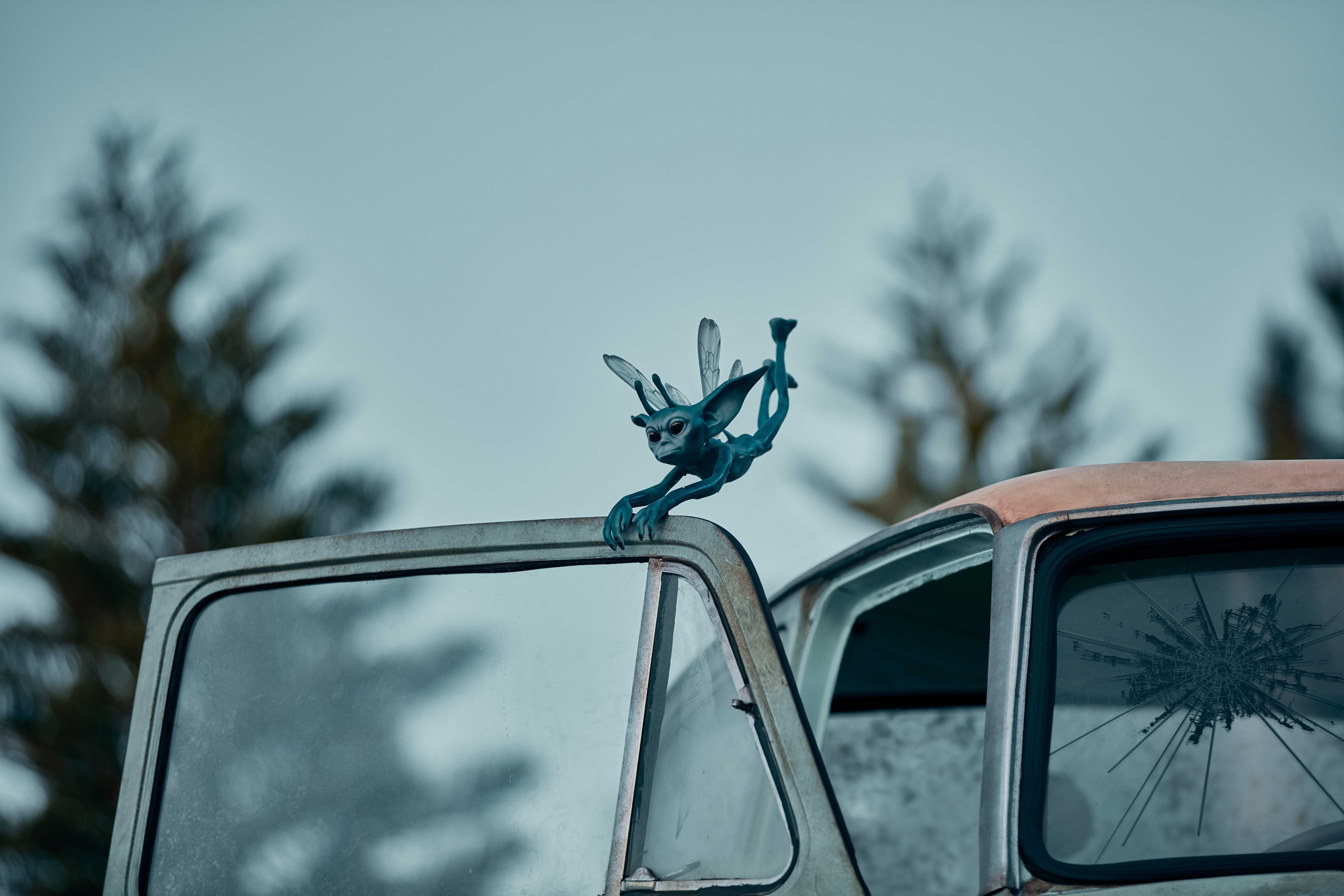 The Cornish Pixie is hanging on to the car door.

It looks like these pixies will be featured along with the Weasley family’s flying Ford Anglia. We’re pleased to see that the flying car is still living a happy life in the forest and that the pixies have joined it since escaping Professor Lockhart’s Defense Against the Dark Arts class.

What creature will be revealed next? Tune in tomorrow to find out!

Today’s creature is not exactly a creature. It looks like Hagrid took a lesson from Professor Sprout and decided to feature Devil’s Snare in his ride! What creature will be announced next? We’ll find out tomorrow!

Today, we learned that the ride will feature centaurs. The forest setting of the ride is perfect for the centaurs of Hogwarts. It looks like riders will encounter the imposing centaurs in a dark and mysterious section of the forest, much like Harry did in Harry Potter and the Sorcerer’s Stone. Though we wish the centaur weren’t aiming his bow at us. Tune in tomorrow for the announcement of the final creature!

We’ve learned about a lot of incredible additions to this ride, but today we are in for a treat. For the first time ever, the Blast-Ended Skrewt will be brought to life! These creatures, which Hagrid introduced to our heroes during their fourth year, were bred by Hagrid himself, so it is very fitting that they would be included in his ride. The Skrewt is a cross between a manticore and a Fire Crab. It’s unclear what happened to the Skrewt that was placed into the maze at the end of the Triwizard Tournament, but it seems this one was placed in the Forbidden Forest to scare riders.

The epic new addition to The Wizarding World of Harry Potter will be an immersive experience unlike any other, combining a new level of storytelling and innovative coaster technology with elaborate environments – including an actual forest with more than 1,200 live trees – to bring an all-new wizarding world adventure to life. Guests will embark on a journey with Hagrid – one of the most beloved characters in the Harry Potter films – into the Forbidden Forest to discover some of the wizarding world’s rarest magical creatures.

Every day through April 19, guests can visit the Universal Orlando Blog at 11 a.m. EDT to get a first look at the creatures – from familiar fan-favorites in the Harry Potter film series to a creature that’s never been seen in the films – and where they can be found in the new experience.

The week begins with a “massive” fan-favorite whose barks are worse than his bites. Visit the Universal Orlando Blog for more information.