Daniel Radcliffe Spotted on the Set of “Unbreakable Kimmy Schmidt”

By now, everyone has heard the news that Harry Potter star Daniel Radcliffe will be making an appearance in the Unbreakable Kimmy Schmidt choose-your-own-adventure special. Well, we have now officially seen a sneak peek of his character.

As pictured below, Radcliffe is seen walking onto the set as well as walking around in a couple of different costume changes. Radcliffe was seen at first with his natural facial hair and later in a bushy fake beard. The new beard was seen after Radcliffe exited the makeup trailer on set.

We have not yet heard what Radcliffe’s role in the special will be. 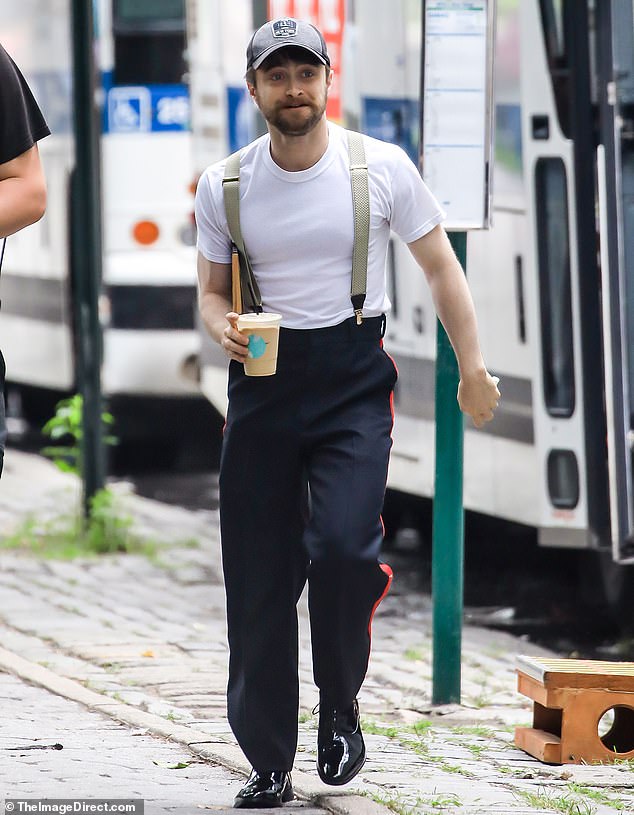 Radcliffe is seen arriving on set before changing into costume for the “Unbreakable Kimmy Schmidt” special. 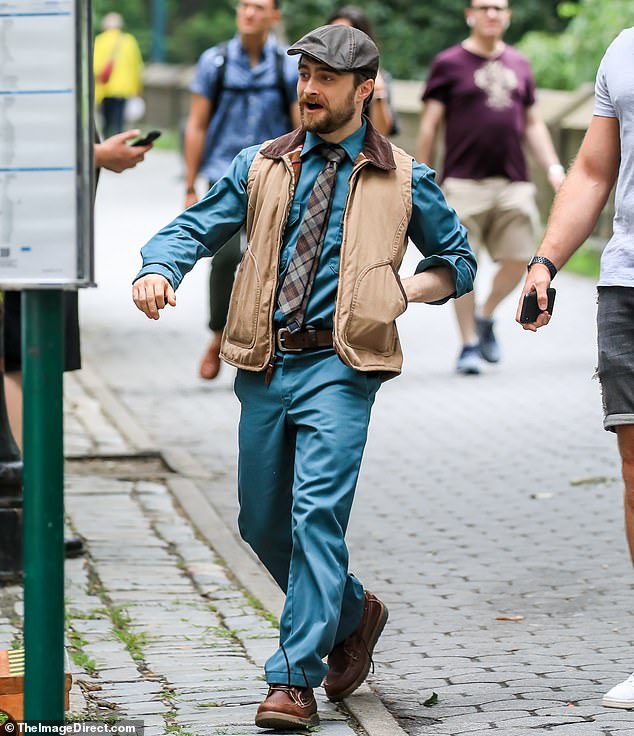 One of Radcliffe’s costume changes includes a matching set – blue shirt and blue pants – with a plaid tie, tan vest, and newsboy cap.

Radcliffe appears in a fake beard, making fans wonder whether his character will be connected to Reverend Richard Wayne Gary Wayne.

Speaking of Daniel Radcliffe news, a new clip and poster have been released for August 2019 film Playmobil: The Movie. Radcliffe voices “dashing and charismatic secret agent” Rex Dasher, who befriends main character Marla, voiced by Anya Taylor-Joy (Split, Thoroughbreds), during the film. Check out the new clip below.