There is so much worth discussing, debating, and expanding on in the Harry Potter universe. Everyone has specific things that they latch onto, but there is a lot that everyone agrees upon as the main topics of conversations. Here are the top 20 things in the wizarding world that people have strong opinions about.

The movies have quite a few differences from the books. Some of these changes the fans like, some go unnoticed, and some are disliked. And then there’s the infamous scene in Harry Potter and the Goblet of Fire. Sir Michael Gambon’s delivery of the line “Did you put your name into the Goblet of Fire, Harry?” is something that we’ll never forget.

In the books, Ginny Weasley is portrayed as the ultimate Gryffindor: Brave, independent, and strong. She is opinionated and holds her own in any situation. In the movies, Ginny’s character is reduced to a wallflower who is waiting for Harry to fall in love with her. We lose the spark and spunk that makes everyone love her in the books.

The fandom is in complete agreement that Dolores Umbridge is the true villain of the Potter series. Voldemort has nothing on her.

The Potter series is filled with tragic moments, but none more so than Fred Weasley’s death. George is left to grieve and carry on Fred’s legacy without his own twin and best friend by his side is heartbreaking.

Is he good? Is he bad? The fans are very divided on this matter, but no matter which side you’re on, you feel really strongly about your decision. And you can tell where someone else lies on that scale by their reaction to the word “Always.”

There are a million characters, plot points, and facts to debate over and separate the fandom into groups, but at the end of the day, there’s one thing all fans can agree on: We love Harry Potter more than we love most other things. In the end, we can always rely on Potter to inspire us, teach us, cheer us up, and bring us together.

Whether you picked your House based on the Pottermore quiz, your friends’ insistence, or the colors associated with the House, you feel strongly about your House identity, and you make sure everyone knows it based on the merchandise you buy. 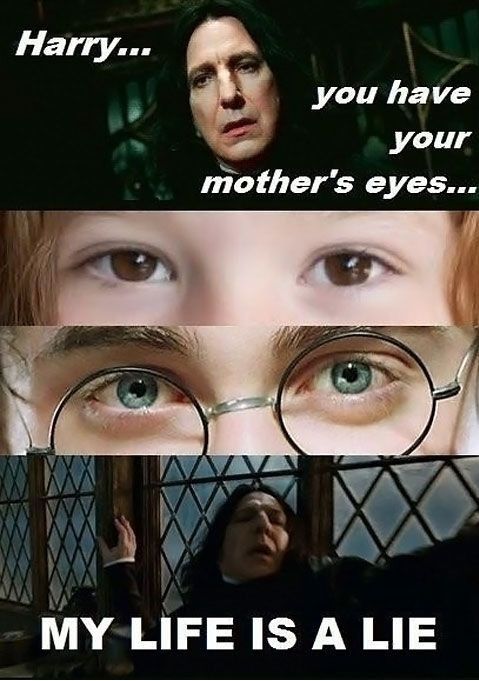 It’s mentioned again and again in the books that Harry has his mother’s eyes. The movies changing the fact just doesn’t work for so many reasons.

Albus Dumbledore is another character that leaves the fandom divided. Was Dumbledore really acting in Harry’s best interest? Or did he use Snape and Harry? Was he dishonest or a real mentor? These aren’t easy questions to answer, but we all feel very strongly about our conclusions.

If you ask a Slytherin what their opinion of Draco Malfoy is, you need to be prepared for a long and rambling monologue about why he isn’t really evil, and how he was a product of his upbringing. If you ask the right people, you might even get an explanation of why Draco and Hermione are meant to be together. If you ask JKR though, she’ll tell you that he doesn’t have a redemption arc and that you probably shouldn’t fall in love with him.

12. Harry Potter and the Cursed Child

The fandom is divided on their opinion about Harry Potter and the Cursed Child. Some people love the plot, while others hate it. Some people consider it canon, while others don’t. And some of us are just jealous of those who’ve been able to show in person.

This one needs no explanation. We’ve all seen the memes.

Hogwarts is supposed to be the safest place in the wizarding world, right? It’s protected by Dumbledore and the other professors, as well as ancient magic and protection spells. So why is there the Forbidden Forest, a tournament with a known death toll, teachers who have Voldemort on the back of their head and who use Polyjuice Potion to disguise themselves, and a basilisk hidden beneath the school? The number of questionable decisions and rules doesn’t make Hogwarts seem all that safe after all.

There was quite a bit of outrage following the release of Fantastic Beasts: The Crimes of Grindelwald. Canon was disregarded multiple times, most notably with the inclusion of Professor McGonagall. The character development was lacking, and the plot was disappointing. Just ask hpboy13.

Even J.K. Rowling admitted that Ron and Hermione’s relationship might have had a “fundamental incompatibility” that would have been hard to overcome. Some fans might love Ron for his humor and heart, but others find Ron to be immature and ignorant. All you need to do is read a couple of fan fiction to see the issues some fans have with Ron. 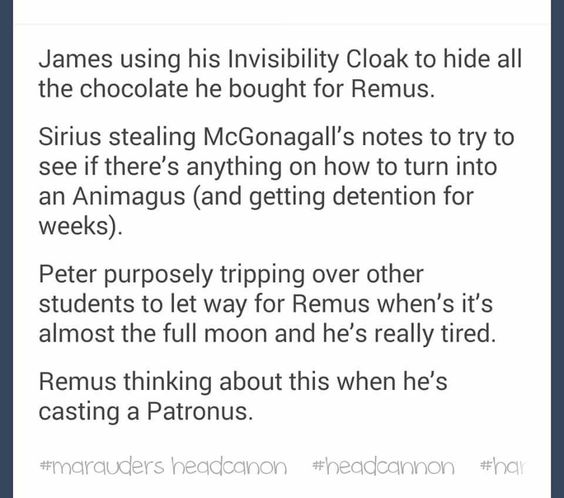 There are millions of headcanons that range from the simplest thoughts, like Severus being Draco’s godfather, to really complicated backstories, like Peter Pettigrew’s motivation for betraying the Potters. Everyone has their own headcanons, and they are convinced that they are right about them. 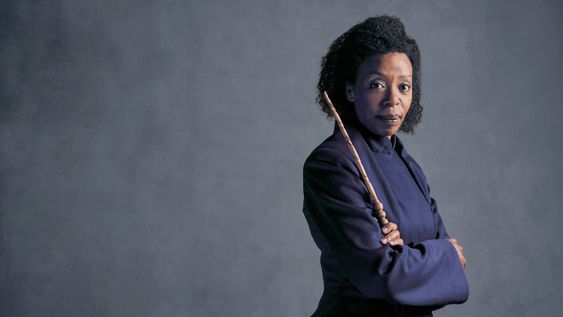 When the first official casting of Hermione in Harry Potter and the Cursed Child was announced, fans were surprised to see Noma Dumezweni cast as Hermione. There was an immediate outpouring of reactions: Some people felt it was a departure from the books, and the movies that didn’t fit, but many others were so excited to see a Black woman in such an iconic and powerful role.

Harry Potter and the Deathly Hallows ends with an epilogue that takes place 19 years after the Battle of Hogwarts. Most fans wish that this had just been left off from the final installment of the series. Epilogue? What epilogue?

As the Harry Potter universe expands to include Cursed Child and the Fantastic Beasts series, there have been quite a few changes and additions to the canon we know and love so dearly. Add in JKR’s tweets, and she’s found herself in the middle of quite a bit of backlash. Whether these changes simply don’t follow the original canon, or they deal with the lack of representation in the books, fans are unhappy about it.