For MuggleNet’s 20th anniversary, we are looking back at the past 20 years in Harry Potter history to bring attention back to its most significant moments. This is a series of articles that will run over four months. Our previous article covered the year 2006.

This week, the Time-Turner takes us all the way back to 2007, a year in which Steve Jobs announced the iPhone, Gordon Brown became Prime Minister of the United Kingdom, and the TV show Mad Men premiered.

In news surrounding Rowling, the Harry Potter franchise, and MuggleNet, 2007 was a year of a lot of exciting announcements.

On February 6, J.K. Rowling called Harry Potter and the Deathly Hallows her “favorite” book of the series, leaving fans desiring it even more. However, before its release, fans could buy MuggleNet’s book What Will Happen in Harry Potter 7, which was released in November 2006, got reviewed by the New York Times, and reached the #4 spot on its Best Sellers list in February 2007. In March, Warner Bros. announced that Rupert Grint, Daniel Radcliffe, and Emma Watson were all signed on for the final two Potter films. Later in the month, the cover art for Deathly Hallows was released for both the US and the UK editions. 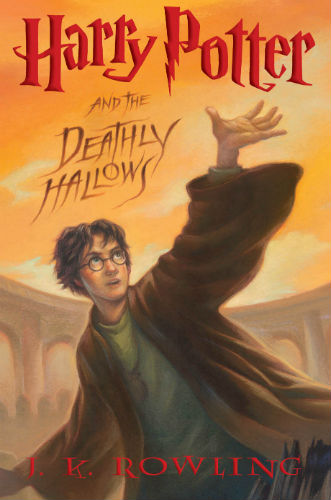 “Harry Potter and the Deathly Hallows” Book Cover – US 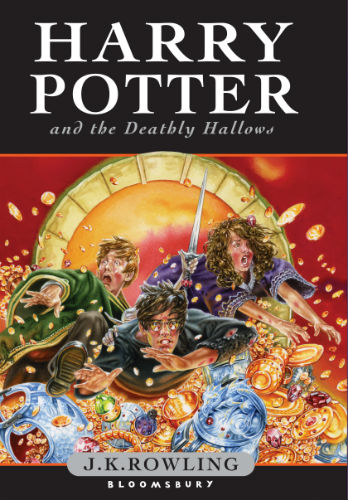 On May 30, Universal Studios and Warner Bros. made a joint announcement from the set of Dumbledore’s office at Leavesden Studios. They revealed that a Harry Potter theme park was currently in development. The park would be part of Universal Orlando Resort’s Islands of Adventure and include Hogsmeade, Hogwarts, and the ride Harry Potter and the Forbidden Journey. Rowling expressed her enthusiasm:

The plans I’ve seen look incredibly exciting, and I don’t think fans of the books or films will be disappointed. Concept art for Harry Potter and the Forbidden Journey

July 2007 would go down in history for all Harry Potter fans. Starting off, the highly anticipated fifth movie in the series grossed $330 million worldwide in its opening week. Rupert Grint, Daniel Radcliffe, and Emma Watson were honored at the “Hand, Foot, and Wand” ceremony at Grauman’s Chinese Theatre (now TCL Chinese Theatre) in Hollywood. Following the success of Order of the Phoenix, Harry Potter was named the highest-grossing motion picture franchise of all time, with $4.47 billion in ticket sales.

On July 18, the New York Times posted an early review of Deathly Hallows, which set off a fury among fans and J.K. Rowling herself. However, the New York Times stuck with its original intention and kept the review online. Part of the issue was that it had received an early copy of Deathly Hallows from an unnamed bookstore and posted a review of the book, which contained a few plot details. Both Bloomsbury and J.K. Rowling were incensed by this and made it clear that the embargo for the book was July 21 and not a second earlier. Rowling asked everyone to preserve the secrecy of the Deathly Hallows plot and not leak any more information.

We are almost there! As launch night looms, let’s all, please, ignore the misinformation popping up on the web and in the press on the plot of ‘Harry Potter and the Deathly Hallows’. I’d like to ask everyone who calls themselves a ‘Potter’ fan to help preserve the secrecy of the plot for all those who are looking forward to reading the book at the same time on publication day. In a very short time you will know EVERYTHING!

Finally, July 21 arrived, and Deathly Hallows sold 8.3 million copies in the United States within its first 24 hours. Fans all around the world laughed, cried, and celebrated together while reading the final chapters of Harry’s journey. In October, J.K. Rowling updated her official website, saying that she does not approve of “companion books” or “encyclopedias” to her series, and later that day, Warner Bros. and Rowling filed a lawsuit in a Manhattan court against Harry Potter Lexicon owner Steve Vander Ark’s publisher, RDR Books, for publishing an “unofficial encyclopedic companion” to the series.

The year closed with the announcement on J.K. Rowling’s website that The Tales of Beedle the Bard, a book of five fairy tales, would be released. Six handwritten copies would go to those who helped Rowling most with Potter, and one would be auctioned off for charity.