Here’s What Pattinson Will Look Like as Batman… Now How Will He Smell?

Brace yourselves, and we hope you remembered to pack some smelling salts in your utility belt, because here comes Batinson.

Our first look at Robert Pattinson – the actor we met as Cedric Diggory in Harry Potter and the Goblet of Fire – as the Bat is every bit as ominous, mysterious, and jawline-y as we hoped it would be. Combine it with the abundance of photographs and videos that have emerged over the past few days of ongoing filming for The Batman in Glasgow, Scotland, and the movie’s June 25, 2021, premiere could not come soon enough. While the individual beneath the cowl in the motorcycle chase scenes through the Glasgow Necropolis is a stuntman, the pictures are no less exciting, and you can check out a gallery from the Daily Record and a video from Glasgow Live below. 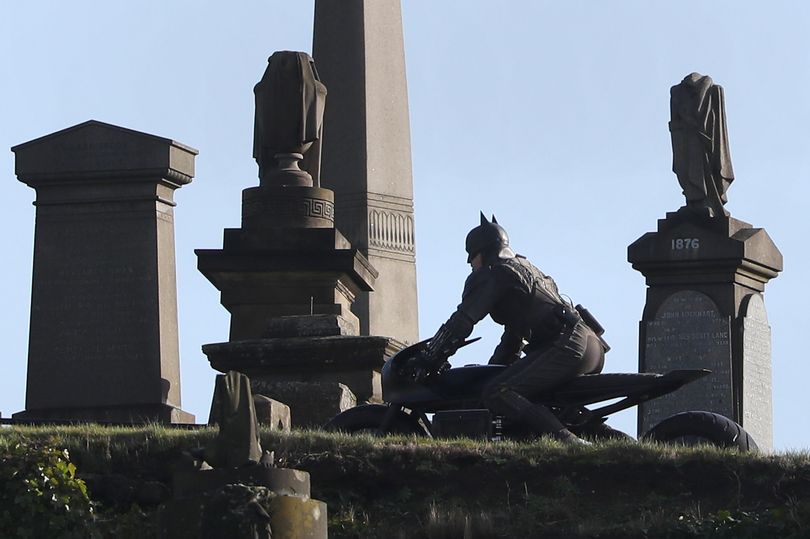 A stuntman drives through the Glasgow Necropolis during filming for “The Batman”. 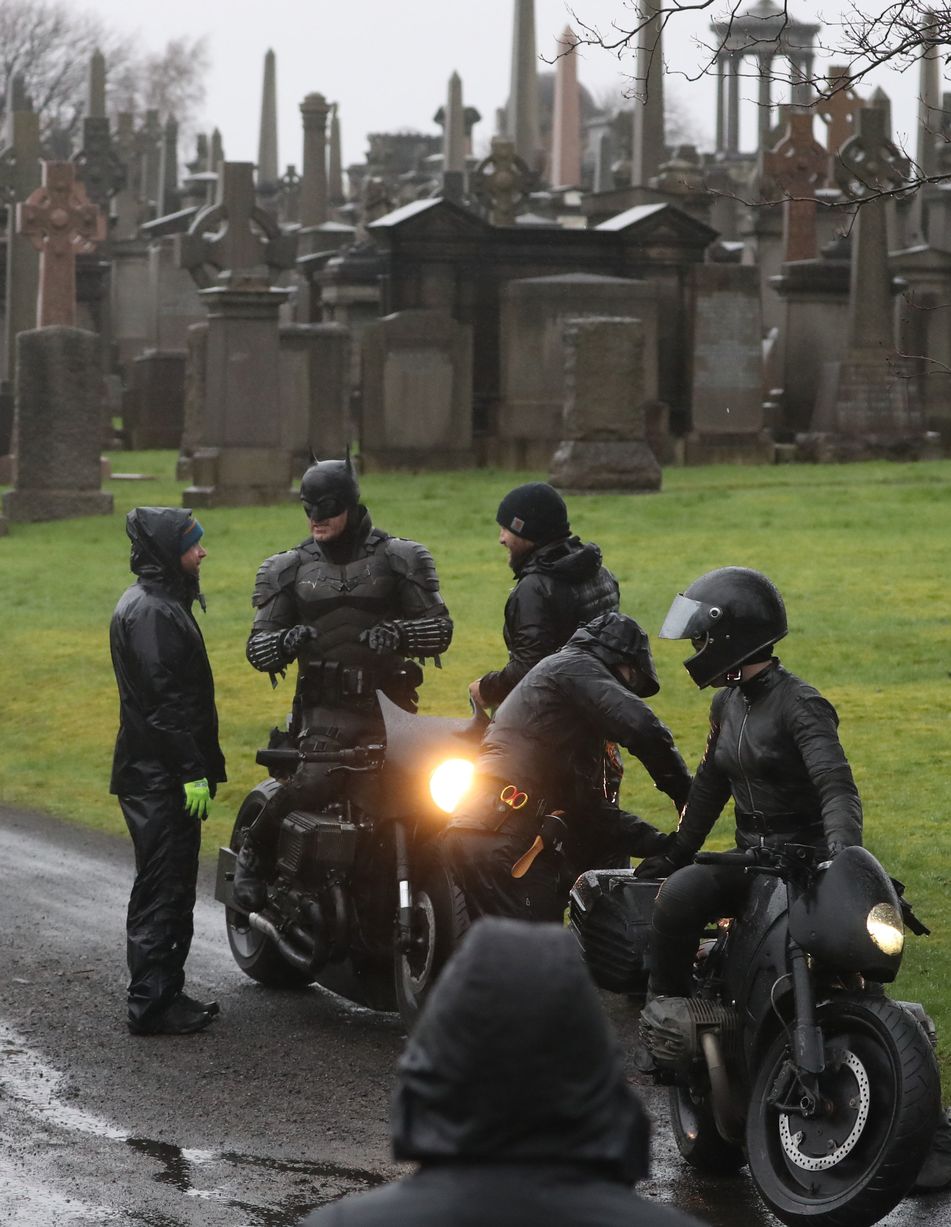 A stuntman on “The Batman” takes a break during filming in Glasgow, Scotland. 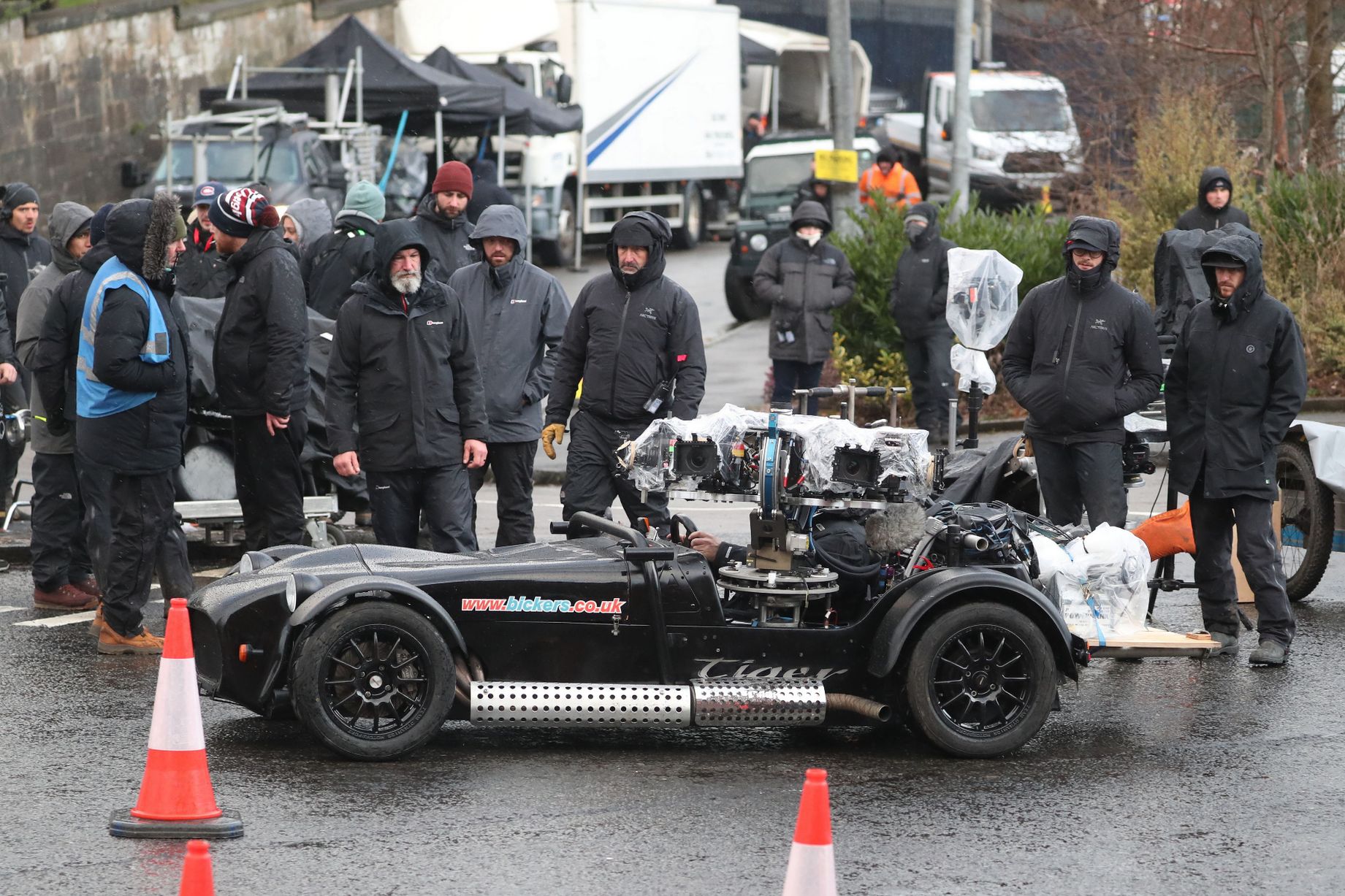 Crews brave inclement weather during filming for “The Batman” in Glasgow, Scotland. 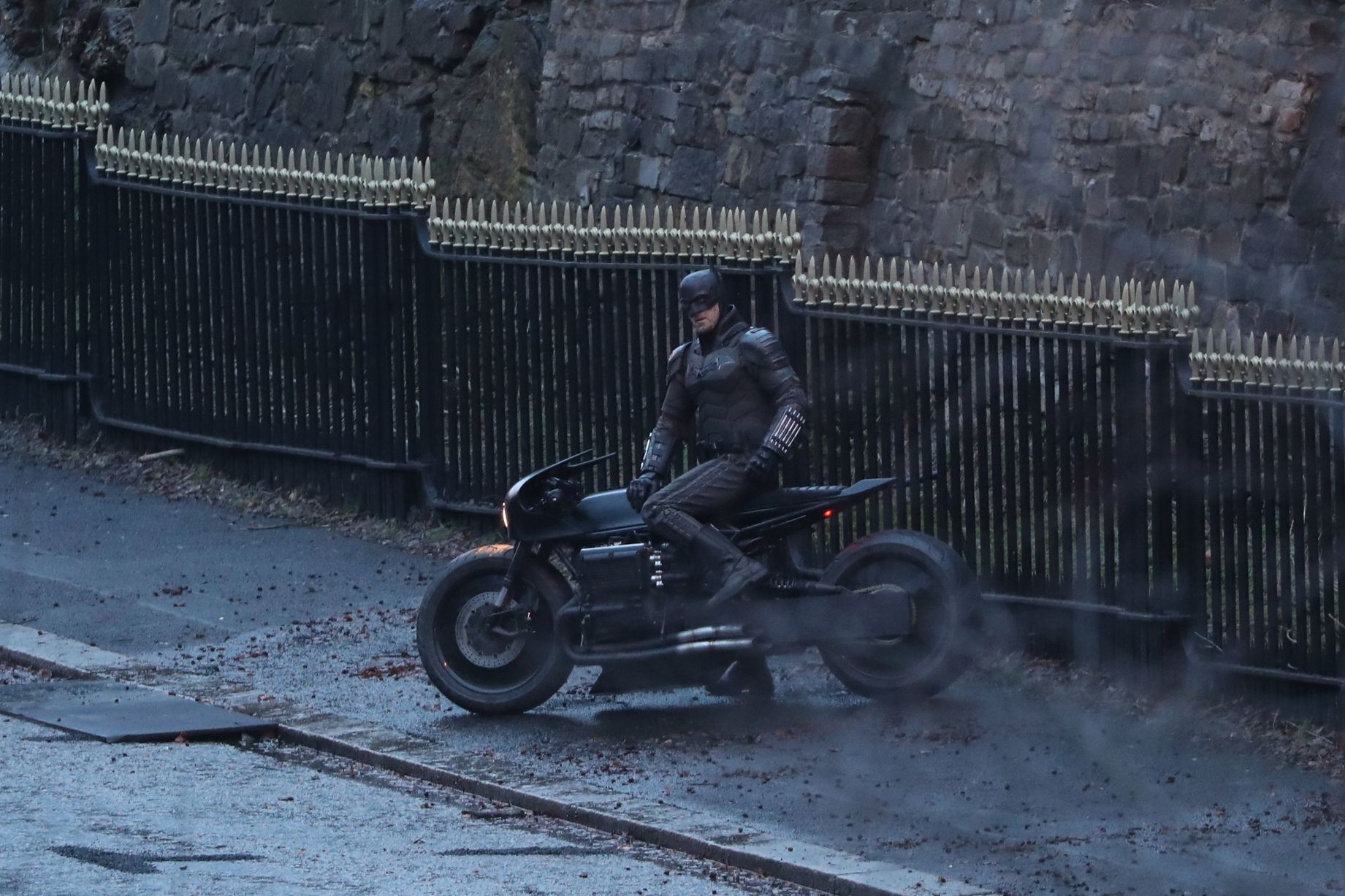 A stuntman dressed as Batman looks cool atop the Batcycle during filming for “The Batman”. 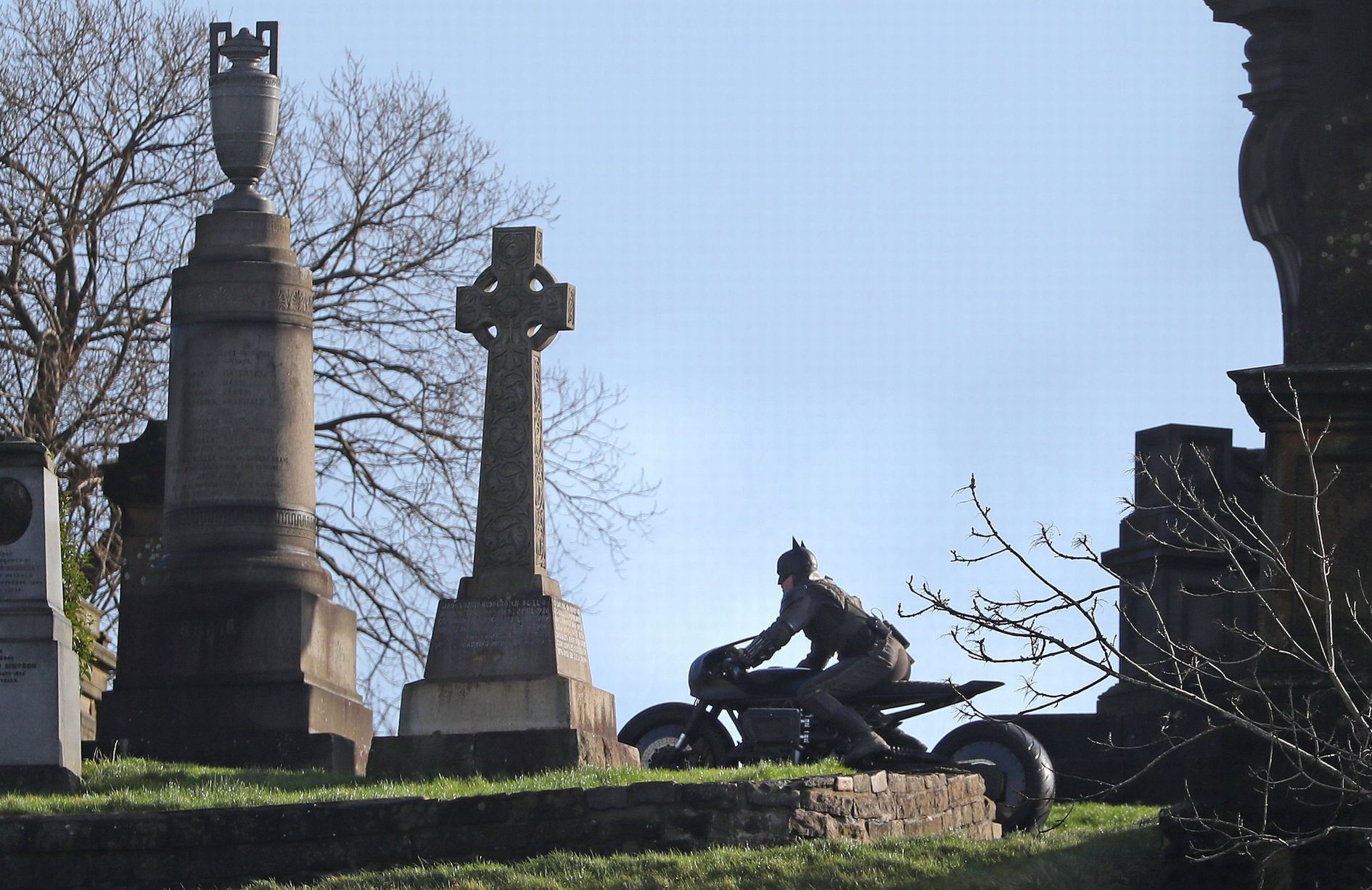 A stuntman maneuvers around the Glasgow Necropolis during filming for “The Batman”. 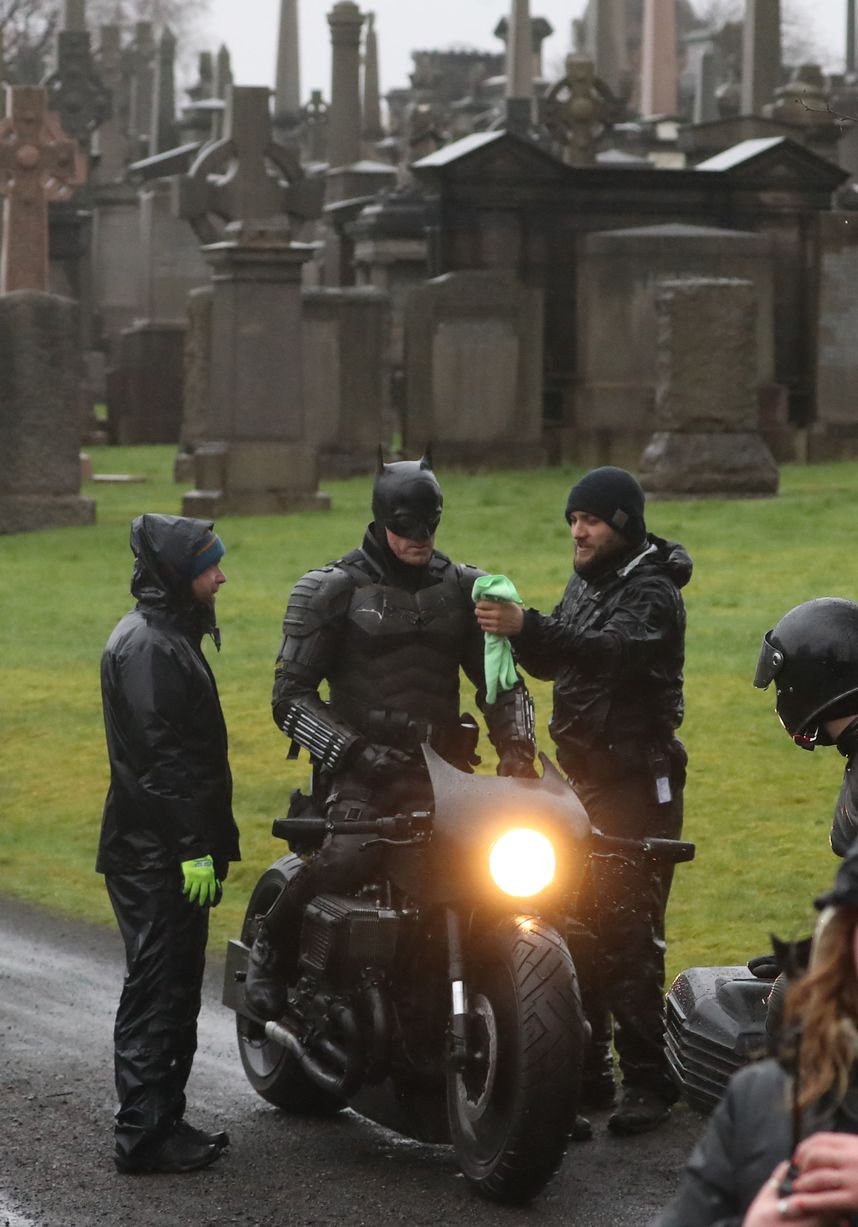 Crews make sure the Batsuit stays nice and clean during filming for “The Batman”. 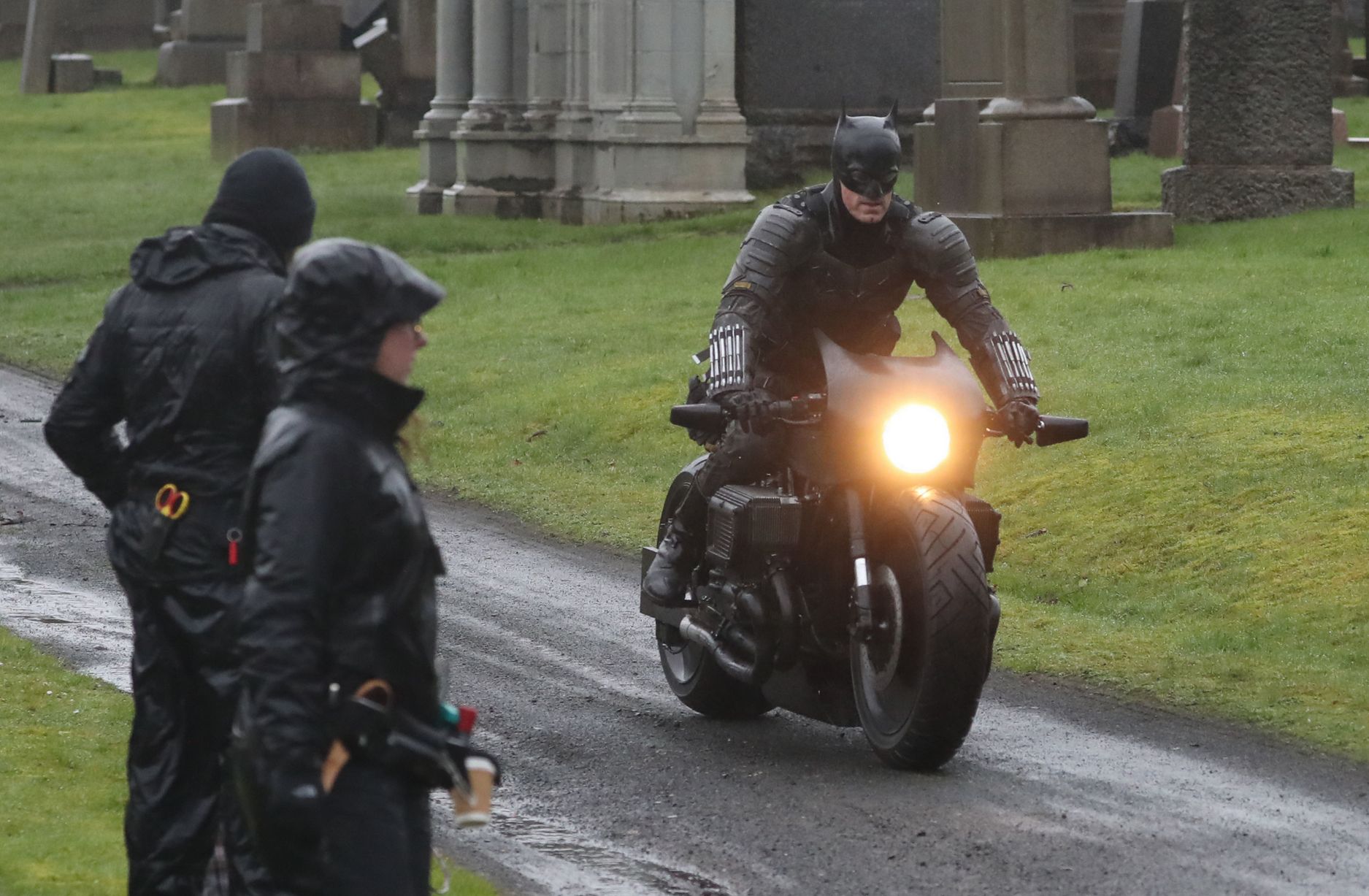 A stuntman on “The Batman” drives through the Glasgow Necropolis at dusk.


Since Pattinson’s casting was announced at the end of May 2019, fan reaction has been mixed – just as it was in response to every new Dark Knight – but overall, the Batman fandom seems to be landing somewhere between enthusiastic and intrigued. Pattinson’s acting chops are widely respected, as is his adventurous and eclectic approach to selecting roles.

He also has the endorsement of his peers. Costar Zoë Kravitz (Leta Lestrange, Fantastic Beasts), who will portray Catwoman in The Batman, recently told Variety she thinks Pattinson is “perfect” for the part.

I’ve never worked with him before, but we’ve been together for the last few weeks; I had to camera test with him, and now we’ve been training together and rehearsing together, and he’s just a delightful person and such a wonderful, thoughtful actor. I think he’s perfect for the role, and it’s going to be such an adventure. I’m excited to have him as my partner in crime and to be there to support each other, because it’s intense. It’s going to be a long shoot, and there’s a lot of pressure, and I know he has my back and I have his.

His predecessor, Ben Affleck, is also on board, saying he thinks Pattinson “is going to do great.”

Besides, we’re talking about someone science has confirmed as the most handsome man in the world, for crying out loud. Pattinson himself is a bit uncomfortable with that title, as he told Allure in a recent interview.

I never was really up for the good-looking-guy roles, because I’ve always been quite awkward when meeting people. My Harry Potter role was a good-looking guy, and it was a shock that it was quite easy to get. And then in Twilight, [Edward is] beautiful, beautiful, beautiful. When I turned up for the audition, I had done a job where I’d dyed my hair black, but I had an inch and a half of roots, and I had waxed my body. And then I had a few months where I’d been drinking beer all day, so I had this hairless, chubby body. I looked like a baby with a wig on. [Laughs] After I did Twilight, [my friends said,] ‘Oh, you’re posing all of the time,’ and I’m like, ‘What are you talking about? I’m just standing. And none of you thought I was good-looking two years ago!’

Incidentally, have you ever wondered what the most handsome man in the world smells like? Well, Allure asked, and Pattinson answered: “Lots of people tell me I smell like a crayon.” We did not see that coming. The actor also divulged the scents he considers to be the best and worst.

Definitely the scent of when you’re in love with someone, and the smell is incredible. It brings out an animal side of being human. And the worst smell… um. I don’t really mind grimy stuff. I love the smell of things people really hate, but burning hair is revolting.

Agreed on both counts.

What did you imagine Pattinson smelled like before you found out he had a pleasantly waxy thing going on? Let us know in the comments!