From Modsy’s takes on Harry Potter-inspired interior design to MuggleNet’s very own Potter DIY section, we love seeing all the different ways to add that extra flair of magic to our spaces. Some Harry Potter fans show incredible dedication to the series, and these parents have gone above and beyond in their decorating.

First, there’s Kylie Lyons, a mother of two, who has papered various surfaces around her home with pages from her collection of old Harry Potter books. As quoted by Metro, her project started off with one door and continued from there.

I first tried it out on my door because it was so boring, I wanted to liven it up a bit. The door worked out great, so I knew I could apply it to almost anything and get a good look. Initially, I did this to my bedroom door and then a wall, and then I decided that I didn’t like the look of my old chest of drawers, so I just decided to give it a go.

Lyons stated that her favorite piece is the chest of drawers. She papered it over and installed new pewter handles, as seen in the photograph below. 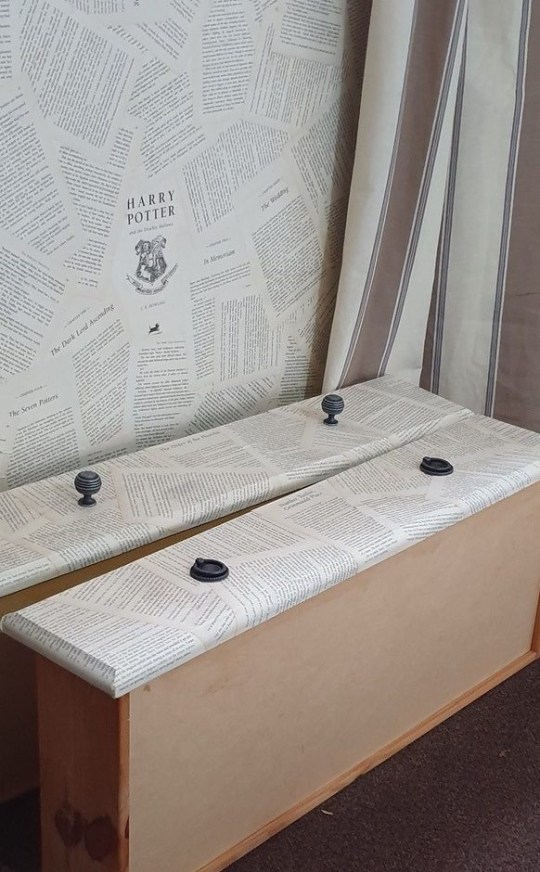 Lyons’s chest of drawers has been papered over with book pages and given new handles.

Lyons also provided a quick tutorial on how to accomplish the same look, which took minimal supplies. Her instructions can be found in full on Metro.

There’s also Casey and Kaycee Daniel, who gave their son an immersive Harry Potter-themed nursery. Nate Baranowski, a 3D artist, painted a mural to look like a Hogwarts window, and a wall of portraits hung nearby adds to the feeling of being inside the castle. Photos of the nursery were shared by the Daily Mirror. 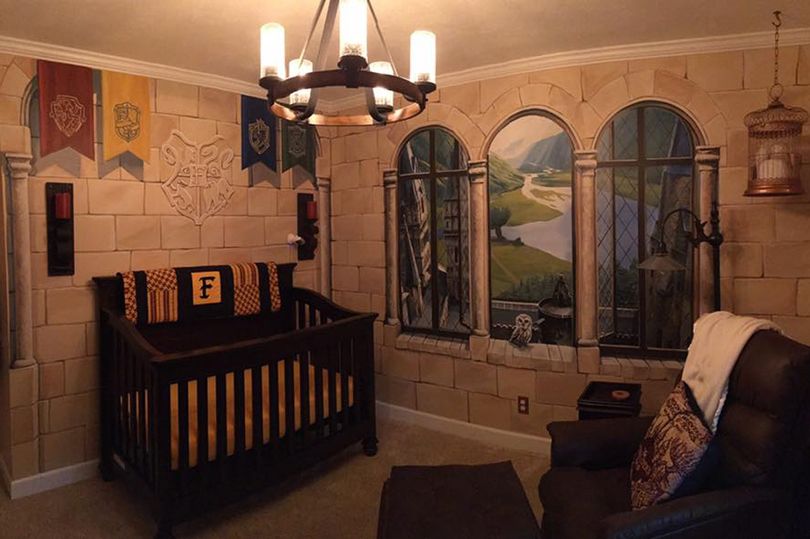 The nursery looks as though it’s really inside Hogwarts! 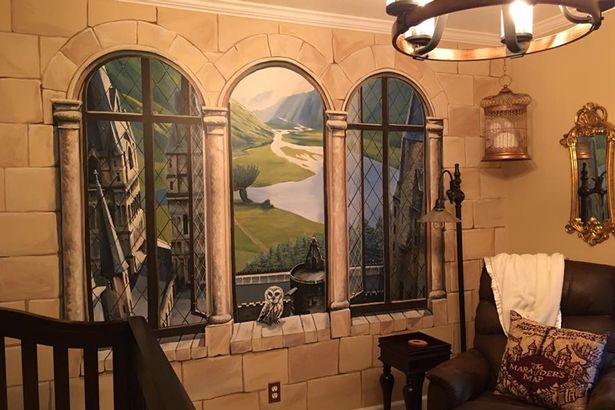 The wall mural even features a tiny owl. 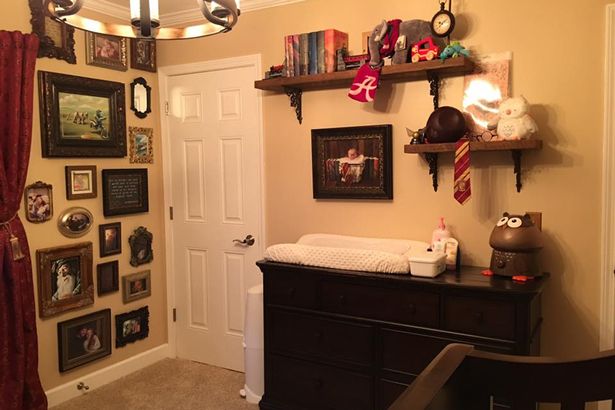 A wall of portraits hangs near the changing table.

What do you think of these ideas? Have you created a space inspired by Harry Potter? Tell us about it!