January is always the longest month of the year, so we’d say the fact that it’s finally February is a good enough reason to treat yourself to a drink. What’s better than your average Muggle beer? A wizarding drink, of course! If you’re planning to visit the Wizarding World of Harry Potter at Universal Studios Hollywood anytime soon, you’re in for a somewhat strange (yet tasty) drink.

Are you ready to take your taste buds on a magical adventure? Then you better try the Fishy Green Ale that’s now available on the beverage menu at the Three Broomsticks at Universal Studios Hollywood. Yes, the word “yuck” probably comes to mind when you first hear the name, but those who have visited the Wizarding World of Harry Potter at Universal Orlando Resort in Florida can testify that it’s actually pretty delicious. 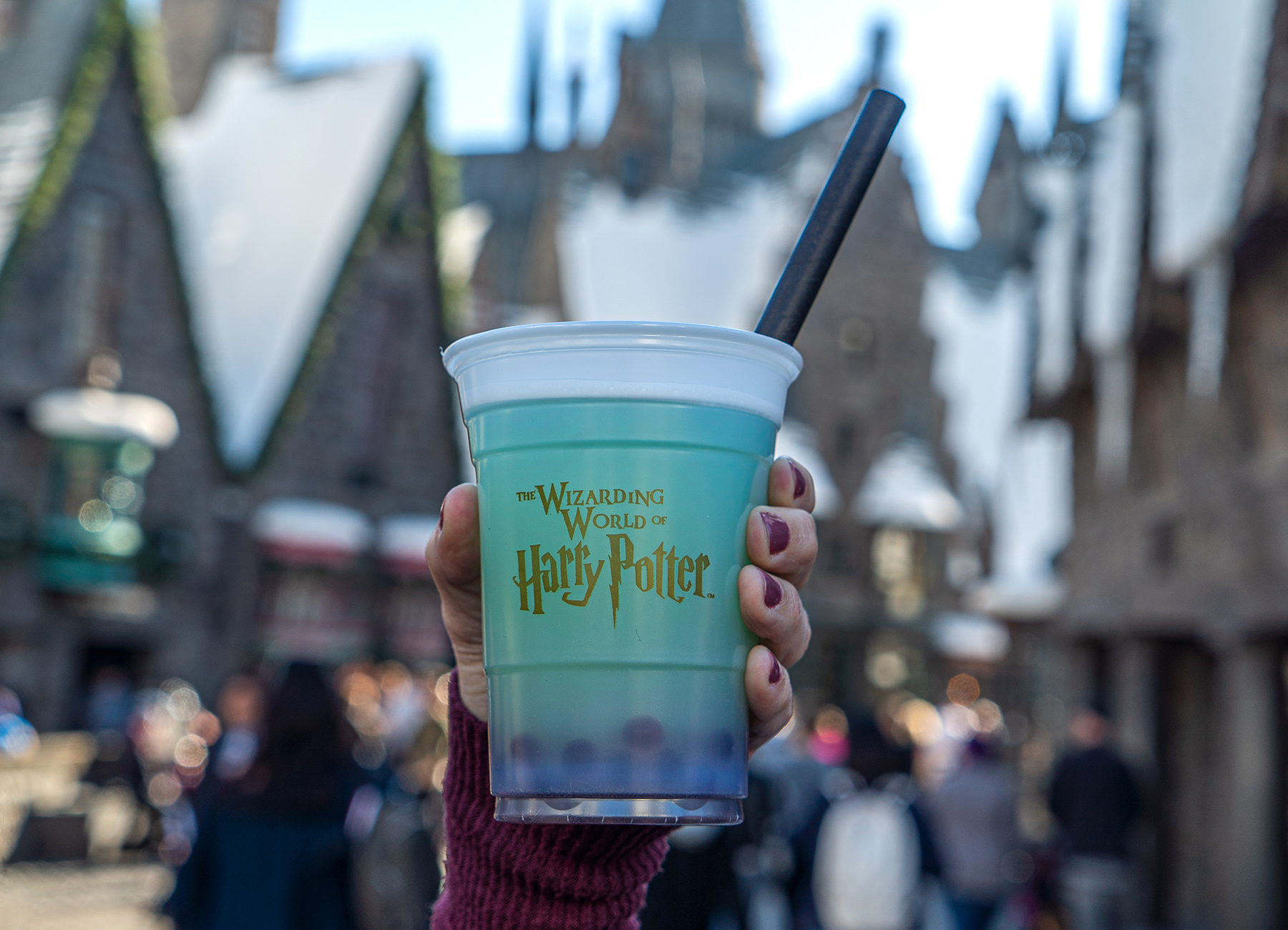 So what does it taste like? Well, first of all, this is a non-alcoholic boba drink. It has a creamy, minty taste with notes of cinnamon. The best part? It has fish eggs at the bottom. No, not actual fish eggs – these “eggs” are blueberry-flavored balls of tapioca, which ensures that this drink explodes with flavor.

We think this is a pretty cool drink – even the color makes you think of the water in the Black Lake. One could almost imagine a mermaid swimming around in the cloudy blue water. Now that would’ve been pretty awesome.

Have you tried Fishy Green Ale yet? Would you recommend it? Let us know in the comments.