Imagine Yourself in a Creative Career! Warner Bros. UK Can Help You Get There

Most of us have left the theater – particularly following a Harry Potter or Fantastic Beasts film – and dreamed about being a part of the creation of movie magic. But if you don’t think of yourself as director, producer, or composer material, you’ve likely dismissed that dream as fantasy.

As Potter fans, however, we’re a little more inclined to believe that fantasies can come to life, and Warner Bros. UK is here to tell you that you don’t have to be the second coming of Alfonso Cuarón (director, Harry Potter and the Prisoner of Azkaban) or John Williams (composer, first three Harry Potter films) – although you can certainly aspire to that! There are literally hundreds of roles available for those interested in working behind the scenes in film and dozens of other creative industries. And Warner Bros. UK’s new Wizarding World Imagine Creative Careers Portal will help you get your foot in the door.

The new program held its first event this week at Warner Bros. Studio Tour London – The Making of Harry Potter, with BBC presenters Mobeen Azhar and Katie Thistleton hosting a panel called Making the Magic: From Story to Screen. Students were invited to listen as Wizarding World creatives – including Oscar-winning costumer designer Colleen Atwood, VFX supervisor Christian Manz, graphic designer Miraphora Mina, junior costumier Rianna Charles, and compositor Brooke McGowan – discussed what it’s like to work on our favorite movies and offered tips for those wanting to break into the industry. 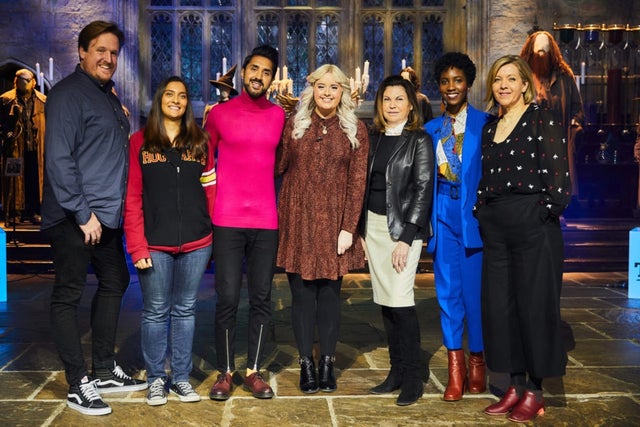 Wizarding World Digital was there as Azhar and Thistleton conducted the panel and said Mina advised industry hopefuls to jump in with both feet.

My one piece of advice for anyone looking for a career in the film industry is, when you find an opportunity, whether it’s work experience or meeting someone, to really run with it, because even though it might not seem interesting at the time, just that first door that opens could unlock all sorts of other doors later. 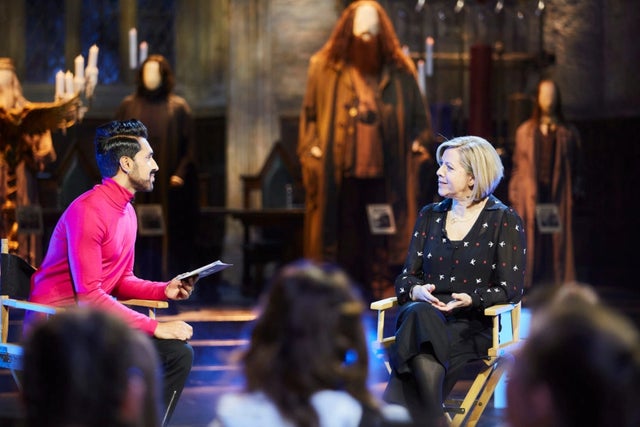 Atwood, meanwhile, said it’s helpful for her to know which actor will be playing the role she’s costuming so that she can “think about the actor and […] the whole story and how they are as real people inside, before they become like a fantasy character.” 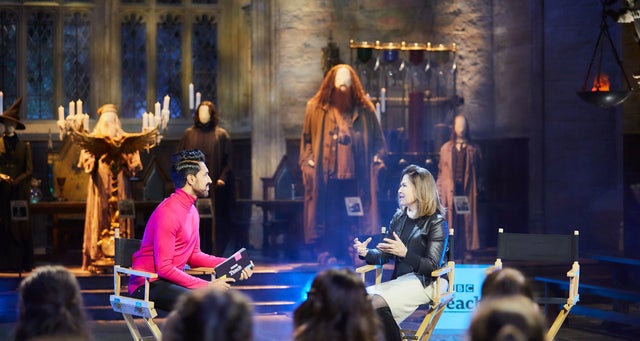 Manz shared that his most memorable moment working on Wizarding World films was “seeing Newt [Scamander]’s case come to life after a year of working out what it would look like!”, and Charles, who is a recent addition to the Fantastic Beasts crew, said that if you have a passion for film, you should follow it.

When I was younger, I didn’t have that much direction, and I thought I had to be a doctor or a lawyer or accountant. I always had a passion for theatre, costume, dance and musical theatre. And there’s so much work out there. It’s hard work, but it’s fun, and if you have a passion and a drive, I say go for it.

The panel is now available for streaming online at BBC Teach, and the Wizarding World Imagine Creative Careers Portal is expected to launch this summer, in time for exam results season in the United Kingdom. It will serve as a collection of videos, interviews, and resources for those interested in pursuing careers in the movie, theater, game development, publishing, touring exhibition, and theme park industries, plus many more.

The Leamington Courier was also on hand for the panel, noting that the idea for the portal stemmed from a study conducted by Warner Bros. Creative Talent that showed most young people interviewed were unable to name more than five behind-the-scenes creative roles.

Imagine Creative Careers seeks to use the breadth of the Wizarding World to help demystify the creative industries for younger audiences.