Spring is a season for new things, as the world renews itself and we see the magic of nature. Harry Potter and the Goblet of Fire celebrates the magic of the wizarding world in ways that readers haven’t seen before this point in the series. Our knowledge and understanding of how the wizarding world works suddenly expand exponentially, like a kind of “renaissance” of Harry Potter knowledge. We are introduced to the idea of other wizarding schools across Europe and new spells and curses, the most important of which are the three Unforgivable Curses. We also find out more about the recent history of the wizarding world, with the renewed presence of Death Eaters and a look into the First Wizarding War with the trips into the Pensieve. 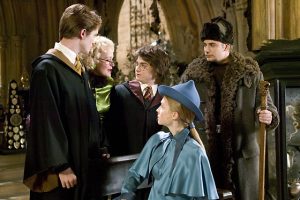 Perhaps Harry Potter and the Sorcerer’s Stone is a more obvious choice for spring – it’s the book that kicks off the series, after all. It’s the beginning, a time of learning, humor, and wondrous fun moments that seem to fit the tone of spring perfectly. In the movies, we even see young, cute versions of Dan, Emma, and Rupert running around; what could be more perfect? Despite this, Harry Potter and the Goblet of Fire fits spring even more perfectly. Goblet of Fire acts as the “new beginning,” a halfway point in the series where we move from the younger years toward a more mature, renewed version of Harry Potter.

Spring is a time when we see the world come alive again after the dark and cold of winter. Animals are being born, trees are blossoming, and we can all take a moment to appreciate nature once more. In Goblet of Fire, we see this in the focus on magical creatures that occurs throughout this book, from the cute and cuddly – like unicorn foals and Nifflers in Hagrid’s classes – to the Dark creatures in the maze of the third task. We even witness how Hagrid’s highly experimental Blast-Ended Skrewts first interact with the wizarding world… 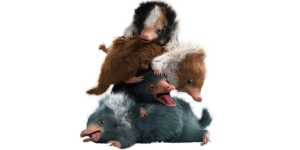 The combination of fire and spring may seem like a bit of an oxymoron, but fire has long been associated with renewal and rebirth. At the end of winter, many cultures have festivals and celebrations involving fire, from the Spanish “Las Fallas” festival in València to the Celtic festival of Beltane. Goblet of Fire’s central premise is a sort of “trial by fire” for Harry, from being picked out of the Goblet to having his life turned upside down (again) by the traumatic experiences of Voldemort’s return. 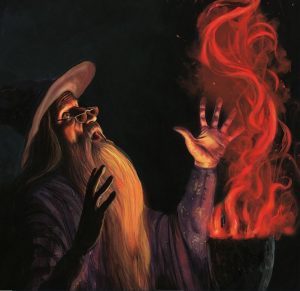 Preparation for Things to Come

Spring is a season that’s all about preparation for summer. As the world renews itself, it prepares for the great things to come. This is precisely the function of Goblet of Fire from a series point of view, as the slowly darkening events and arguably the first major character death of the series prepare us for the tragedies to come. However, it’s important to remember that Goblet of Fire is not all doom and gloom and that there are great moments of levity as well, from Malfoy the Bouncing Ferret to this priceless moment of humor.

‘Well, I certainly don’t,’ said Percy sanctimoniously. ‘I shudder to think what the state of my in-tray would be if I was away from work for five days.’
‘Yeah, someone might slip dragon dung in it again, eh, Perce?’ said Fred.
‘That was a sample of fertilizer from Norway!’ said Percy, going very red in the face. ‘It was nothing personal!’
‘It was,’ Fred whispered to Harry as they got up from the table. ‘We sent it.'” (GoF 64)

This spring, why not dive back into Harry Potter and the Goblet of Fire, and enjoy all the twists, turns, and discoveries as if for the first time? After all, no matter how many years go by, spring always manages to amaze us with the way it completely transforms our neighborhoods and makes us see things with new eyes – just one more thing that spring and Goblet of Fire have in common!