Daniel Radcliffe’s Rad Range of Roles: What Can’t He Do?

Daniel Radcliffe’s name may be synonymous with Harry Potter, but the beloved franchise of eight blockbuster movies has ceased to define his career since. Luckily, he has managed to find the perfect balance between gratitude for the production that put him on the map at the age of just ten and proving his talent totally separately from his most iconic role as the Boy Who Lived. Looking chic as a shark in SHARP magazine’s new photoshoot, Daniel looked back on his often unusual past roles and shared his surprising next goals in showbiz.

Daniel’s résumé boasts an array of eccentric parts in even more eccentric movies: A farting corpse may sound like something sold at Weasleys’ Wizard Wheezes, but nope, that was just Dan’s performance in Swiss Army Man. He has certainly shown his range from rom-coms (What If?) to supernatural thrillers (Horns), from his cringe-comedy cameo in Ricky Gervais’s Extras to the dark and dramatic beat biopic Kill Your Darlings.

However, while his fame provides him with a brilliant safety net professionally and creatively, he claimed he doesn’t go for weird roles on purpose: “If it seems like an eclectic mix, it’s because I don’t see them that way,” he said. “I do it because I just happen to like the movie — and sometimes I just happen to play, like, a farting corpse that comes back to life.” 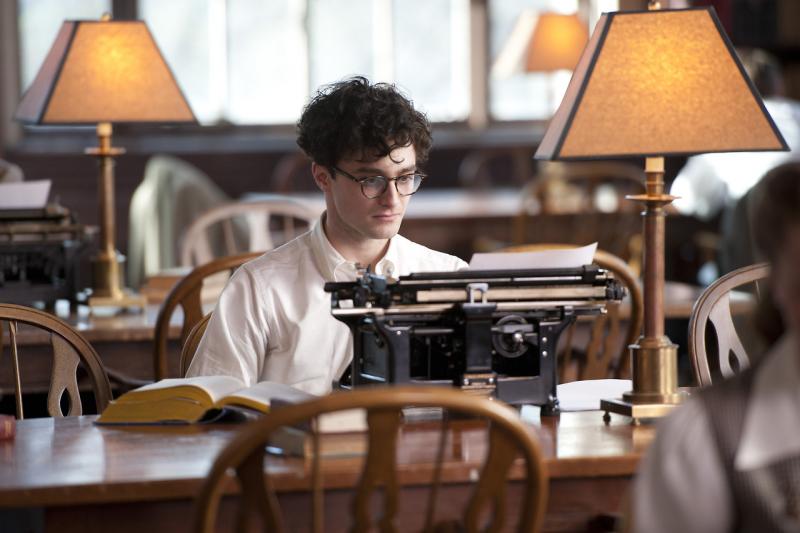 Daniel as Allen Ginsberg in “Kill Your Darlings”

He may be as brave as a Gryffindor now, but he didn’t deny he had insecurities early on when tabloids were rubbing their hands in anticipation of his failure in his very first theater role in Equus, Peter Shaffer’s notoriously challenging play, which caused quite a stir in the papers and for which he prepared for no less than 18 months:

Yeah, yeah, I know. But doing that play sent a signal. It’s not a play you do unless you really want to be an actor — and not just because of the nudity. […] I didn’t want them faulting me for that. Some of them probably did fault me for that, but not nearly as much as if I hadn’t done all that work. 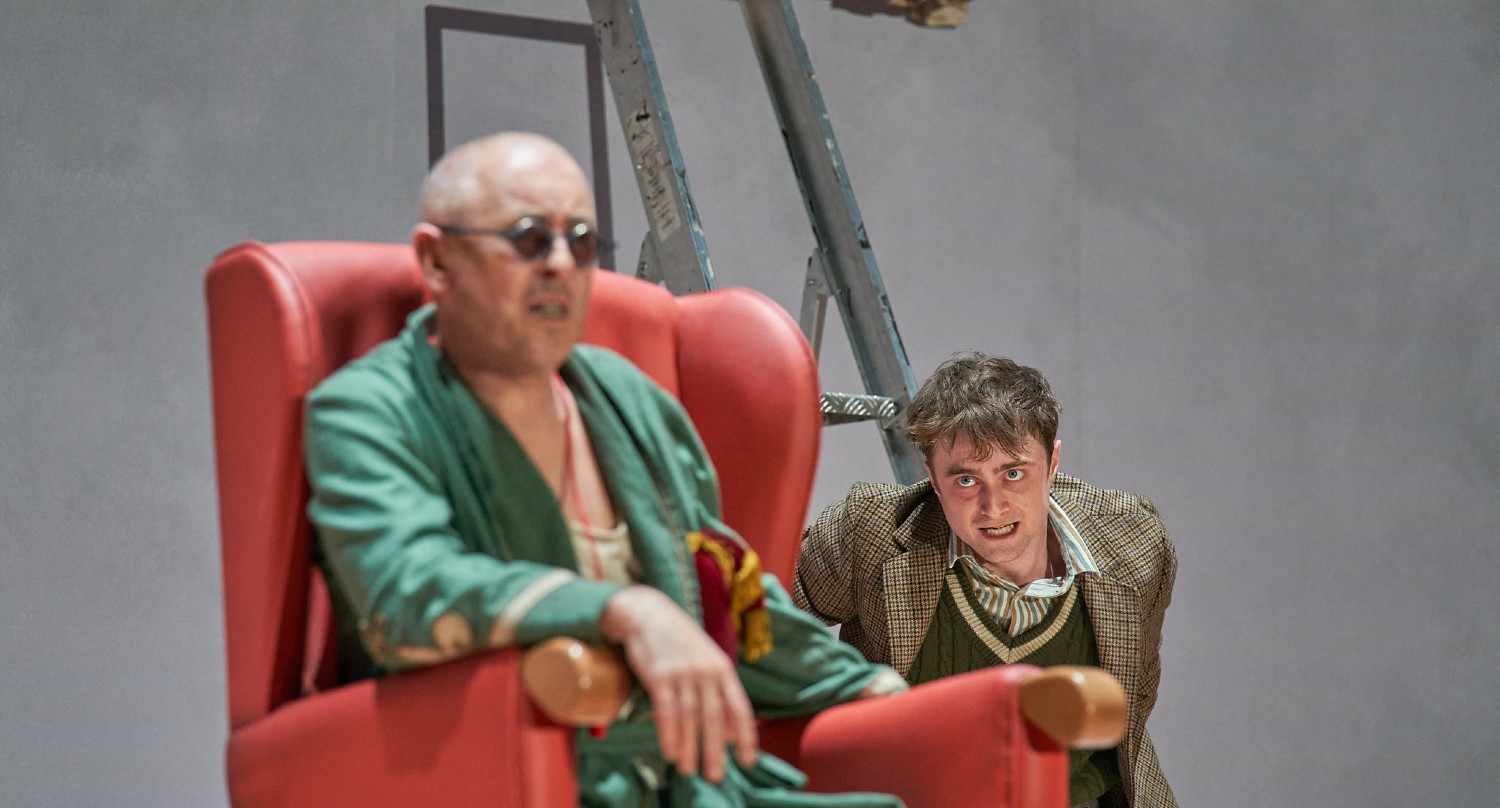 Dan has kept his good habit of picking odd stories, such as Endgame at London’s Old Vic Theatre, which had to close two weeks early due to COVID-19 fears last month. Don’t worry – he has plenty of new projects for us this spring! We can catch him in action movie Guns Akimbo, political drama Escape from Pretoria, and Netflix’s Unbreakable Kimmy Schmidt: Kimmy vs. the Reverend. The second season of the fabulously witty and hilarious Miracle Workers is also available now in full on HBO and Sky, in which Dan plays a lovestruck medieval prince with an obsession with ducks.

We know what sort of films Dan likes to make, but what does he like to watch now that he has free time? Unfortunately, he can’t seem to switch off as an actor:

I don’t watch a huge [number] of films, is my honest answer. If the film is bad, I hate it immediately and want to stop but feel obligated to finish and just drag it out and don’t enjoy it. If it’s good, I get stressed out and sad because I’ll never get to be in it. […] As an actor, when you see something great, you’re like, ‘Oh, man, that’s already been made! I’ll never be in that now, and if they remade it, it would be sh*tty.’

What more could an actor like Daniel Radcliffe want? He has had immense successes and keeps busy with roles he wholeheartedly enjoys, be it in theater, film, or TV. However, he teased he has begun working on an original screenplay and means to make his dream of trying his hand at directing come true in the next couple of years as well. Can we expect even more movie magic from Dan, this time behind the cameras? What would that be like? Given his unconventional choices as an actor, what can we expect from him as a writer?