“Harry Potter” and the Christian Allegory 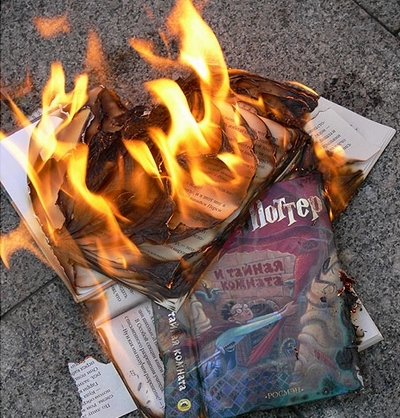 I experienced a similar logical dilemma when I was growing up. When the movie deal for the Harry Potter series was announced, the church I went to at the time declared that the Harry Potter franchise was blasphemous and that children of the church should not read the books or see the films. But then, the church elders started pushing us to read The Chronicles of Narnia. Honestly, a major reason I started reading Harry Potter was that I wanted to see why a book about kids at magic school was devil worship but a book titled The Lion, The Witch, and The Wardrobe was acceptable reading.

As I grew up, I continued to find it baffling that churches wanted to disparage the Harry Potter series when there are so many Christian allegories, especially after the seventh book came out. Harry (aka “The Chosen One”) willingly went to his death to save humanity. And then, Harry is resurrected in order to deliver the ultimate salvation. The final chapters of Harry Potter and the Deathly Hallows are a resurrection story that parallels the one that is being celebrated all over the world today, showing Harry as a Christ figure within a hero narrative.

But there are other ways Harry Potter is an allegorical Jesus. Both were the subjects of prophecies declaring them as humanity’s salvation. Harry, as a pureblood Potter, has a prestigious lineage that goes all the way back to the Peverell line just as Jesus came from the line of David. Both Harry and Jesus had to flee their birthplace for their protection because both had powerful enemies from the time they were very young. 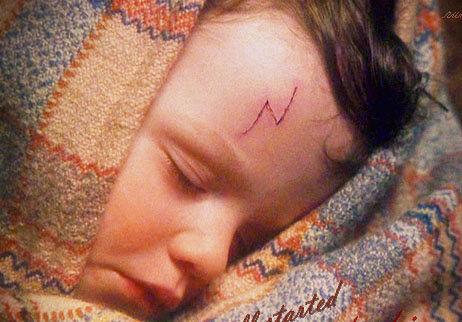 Beyond the plot comparisons, the way Harry lived his life makes him a Christ figure. Harry doesn’t care about the status of people. He befriends everyone from Luna Lovegood to the Creevey brothers, like when Jesus reached out to befriend the lepers and sinners in the Bible. Harry loves Hagrid, the dropout and half-giant, as much as he loves Remus Lupin, the werewolf. And he loves the trouble-making Weasley twins just as much as he loves the (mostly) rule-loving Hermione. Harry makes peace with Draco Malfoy and Dudley, and he forgives the two. Again, Harry acts in a very Christian manner in all these interactions.

Overall, Harry can be an allegory to the Chosen One of the Old and New Testaments. Harry leading the DA can also be akin to Moses: Instead of a burning bush, his flame-haired and bushy-haired friends chose Harry to lead a group that eventually freed the students from Dolores Umbridge. Harry did not feel qualified to lead, but he did anyway and thrived and created a group that fought alongside the Order of the Phoenix in multiple battles against the Death Eaters.

Those in the DA can also be an allegory for Jesus’s disciples and religious leaders down the line. Neville in Deathly Hallows is like Peter, taking up the cause and leading the people after their main leader left. Ron is much like James, one of the first people to support Harry even when it meant leaving his family behind and someone who has a fiery temper. Hermione’s crusade to save the house-elves is much like the Quaker and Methodist churches’ actions toward the abolition of slavery in England and America. 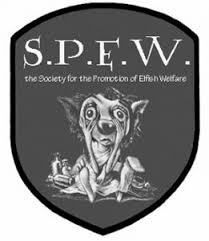 But the biggest theme that emerges in the books is to love one another no matter what. Harry’s ability to love indiscriminately is one of the best examples of being a good Christian I have ever seen in fiction. And the world could certainly do with a lot more love and kindness. So as Ellen DeGeneres says…