Given he has appeared in such huge hits as Harry Potter, Star Wars, and Black Mirror, alongside co-megastars like Saoirse Ronan and most Potter royalty, including his dad Brendan Gleeson (a.k.a. Alastor Moody), Domhnall Gleeson has every right to be a diva rivaling Gilderoy Lockhart. However, that’s not what you get from the actor who is down-to-earth to the point of unduly self-criticism. Is it just the lockdown blues, or is he in need of a confidence boost? The Guardian caught up with him via video call for thoughts on his latest projects, how he is surviving these dystopian days, and balancing films and family fame.

Much like the Weasleys, the Gleesons are a talented bunch. Aside from Harry Potter and the Deathly Hallows – Part 1, Domhnall has worked on other projects with his father as well as his brothers. He recently wrapped Frank of Ireland (Channel 4, Amazon), in which he appears with his brother Brian Gleeson (Peaky Blinders, The Bisexual). Brendan Gleeson’s 2018 short film and directorial debut, Psychic, featured all four of his sons. Domhnall once even filmed a cringy but hilarious Immaturity for Charity comedy sketch with his father to raise money for a hospice, knowing that speaking up for health care is close to his heart. 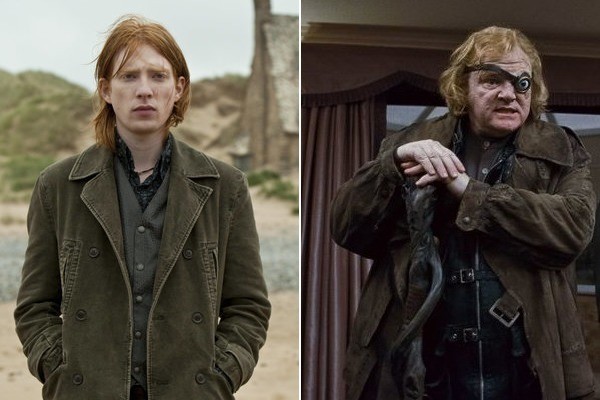 Far from trying to distance himself from his Emmy-winning acting royalty father, he looks to him for work ethic and advice. Talking to the Guardian, he even found his confidence at last:

Look, there’s no way in which he is a hindrance. I was aware, when I’d turn up on stuff, that there’d be a certain amount of: ‘Maybe he got the job because of who is dad is,’ or whatever. But it’s hard to make a film or a play happen, and if anyone has spent money on anything they’re not going to hire someone who can’t do the job just because they know your dad. Maybe it would have been nice to take my mam’s surname just to get it out there. I’m afraid I’m just not a good-enough son that it crossed my mind.

So we have established that his career didn’t take off because of his last name, nor does he feel like he is in his dad’s shadow with his own illustrious résumé. He could have moved to Hollywood a long time ago, given his successes and in order to distance himself from his father’s fame. However, he has chosen staying among family in Dublin over the glamorous Hollywood Hills. 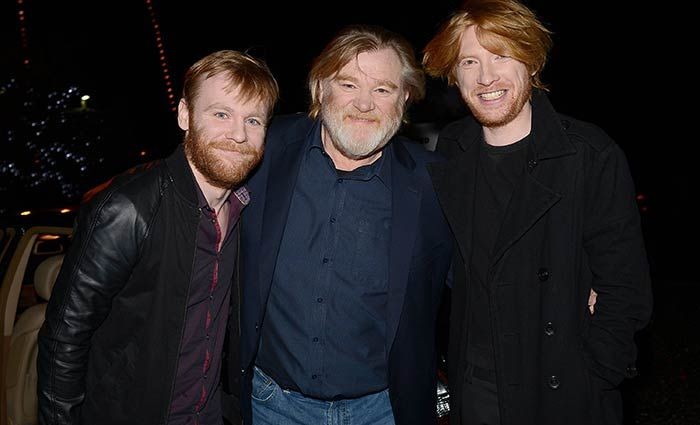 Not to say he prefers a quiet life. Confinement comes as a huge change since Domhnall has been busy: If three Star Wars films, Peter Rabbit and its postponed sequel, love stories such as Brooklyn, the less-than-praised crime flick The Kitchen, and the above mentioned Frank of Ireland were not enough, he is returning to romance in Vicky Jones’s new HBO series, Run. However, it is with near self-deprecation again that he admitted that his newfound abundance of free time means he has been giving in to the temptation of reading reviews about himself, which he usually steers clear of otherwise.

The quarantine blues may have hit moody Moody’s son, but the good news is that he was also supposed to appear onstage this year, albeit, frustratingly, he did not say more to avoid jinxing it happening at all in light of the pandemic:

I’m just hoping and trusting that people will still want to go to the theatre on the far side of this. That there is another side. We have to be responsible now, but we’ll get back to those things. We’ll want to experience stories; to laugh and cry together.

Fingers crossed Domhnall can soon bask in the spotlight again before he loses faith completely while cooped up in his own Shell Cottage. In the meantime, we can escape the four walls in spirit by checking him out in Run. One thing is sure: If he ever clicks on reviews of this series, all he will see is praise, which might be the perfect remedy for his moody blues.