To text your ex or not to text your ex? That is the question. Domhnall Gleeson’s layered runaway self-help guru character may give us the answer in HBO’s new series Run.

Since he stole Fleur’s heart (and ours) as Bill Weasley in the Harry Potter films, Domhnall has shown extraordinary range as an actor, such as in Star Wars as the chillingly evil General Hux. However, he is once again returning to romance in Run, a show penned by none other than Vicky Jones and Phoebe Waller-Bridge, creators of such hit series as Fleabag and Killing Eve.

What can we expect from the story? First off, an intriguing premise. The history between the two romantic leads, Billy (Domhnall Gleeson) and Ruby (Merritt Wever), goes all the way back to their college days when they made a pact: If they text “RUN” to each other at any point in their lives, they drop everything, dash to New York City, and reunite on a cross-country train. Can they truly escape their lives for the sake of rekindling their old passion?

They can sure try, and we are lucky enough to finally see it from the safety of our homes as a delightful bit of escapism, especially for those missing taking the train. “I really appreciate the chance to tell a story about what might happen if they run away so that you can live through that experience without actually having to do it,” says Jones, who was the inspiration behind Fleabag’s quirky best friend, Boo.

In the safety of his own home, Domhnall admits that nowadays he is either going for comedies to escape from the present reality or on the contrary, for documentaries in order to understand these bizarre times. UPROXX caught up with him on his new role in Run, his past performances, and whether it’s a good idea to text your ex.

Right off the bat, Domhnall says he was delighted to return to a romantic role, remembering his time on Anna Karenina and adding that filming About Time, in which he starred with Bill Nighy (the Potter films’ Rufus Scrimgeour), was “a very beautiful experience of concentrating on love for a whole job,” welcoming it because “it’s such a pleasant place to put yourself. It’s a positive way of thinking.” However, there’s more to Run than that:

On Run, I guess it was slightly different because I think they love each other, those two people, but their circumstances are stretched in a very different way. And there’s much more deception going on in Run. So it’s a different experience between these love stories, I think, but I enjoyed it. 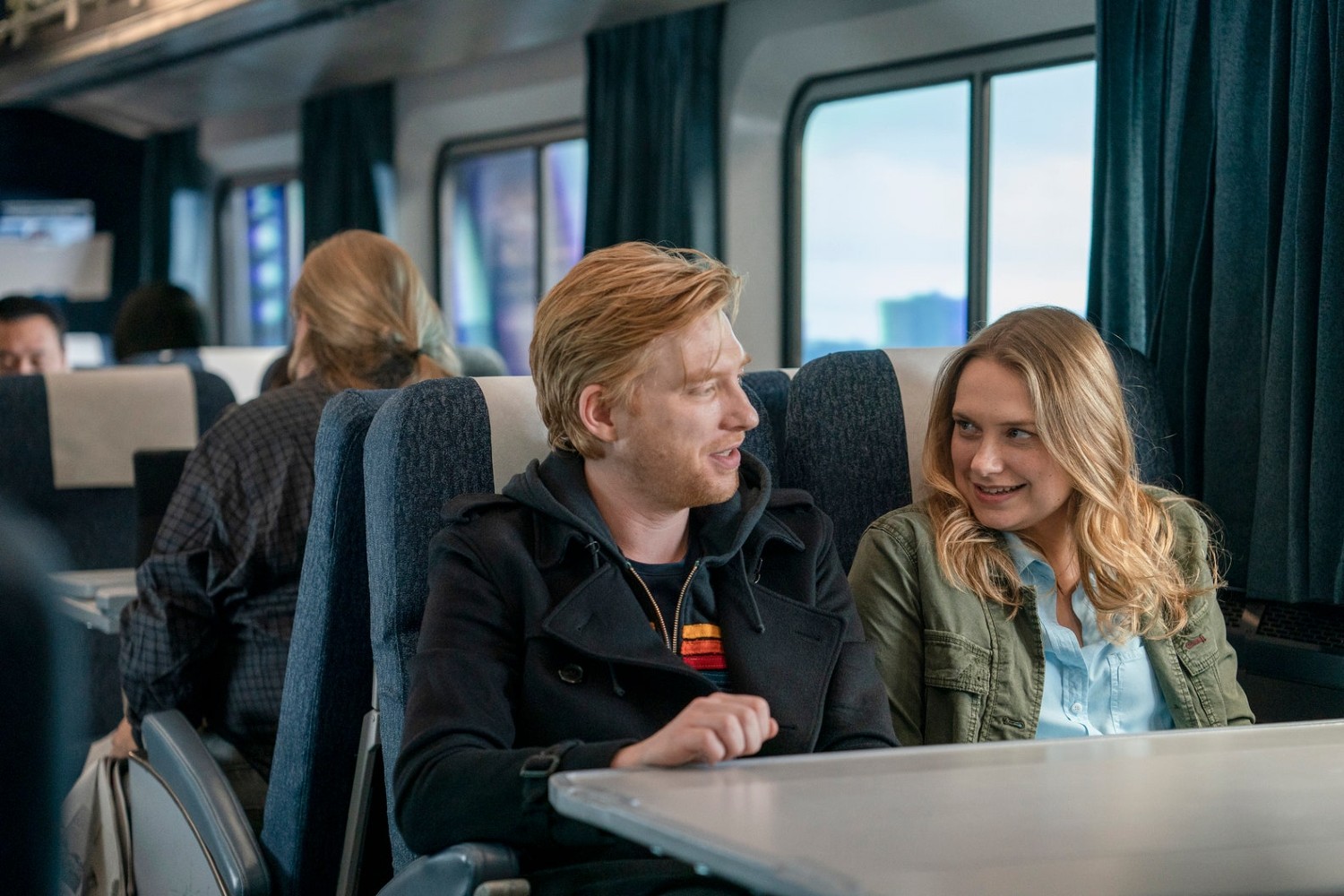 While Domhnall did not feel claustrophobic filming a story almost entirely set on a train, he did feel a little dizzy. Delving into some behind-the-scenes movie magic, he revealed the moving landscape outside the windows is not real. It is in fact screens that are adjusted for the camera’s perspective, not the naked eye, which could make for a dizzying sight for the actors.

Regarding his past roles, Domhnall says he is not as often asked about Ex Machina‘s infamous “Get Down Saturday Night” dancing scene as his costar Oscar Isaac, but he hears Alex Garland’s new show, Devs, is amazing. While he has built an impressive résumé since Harry Potter, he is happy to leave fans with the shout-out “Bill Weasley said hello from Ireland!”

Unfortunately, due to COVID-19 fears, the premiere of Peter Rabbit 2: The Runaway has been postponed. We can expect to see Domhnall as Thomas McGregor in the Beatrix Potter adaptation on January 15, 2021.

Run premiered on HBO on April 12, with a new episode to come each week. All aboard the (Hogwarts) Express!