There’s nothing more exciting than being able to collect new editions of our loved book series!

Thai publisher Nanmeebooks recently revealed some stunning 20th-anniversary edition covers of the Harry Potter books. The covers were designed by illustrator Apolar, who described his experience as“dreams come true” on his Instagram page, where you can also see some of his other beautiful artwork.

The new covers are incredibly detailed and show readers what to expect within the books themselves. These special editions are only available in Thailand and the Thai language. Also, if you preorder now, you’ll receive a free tote bag. 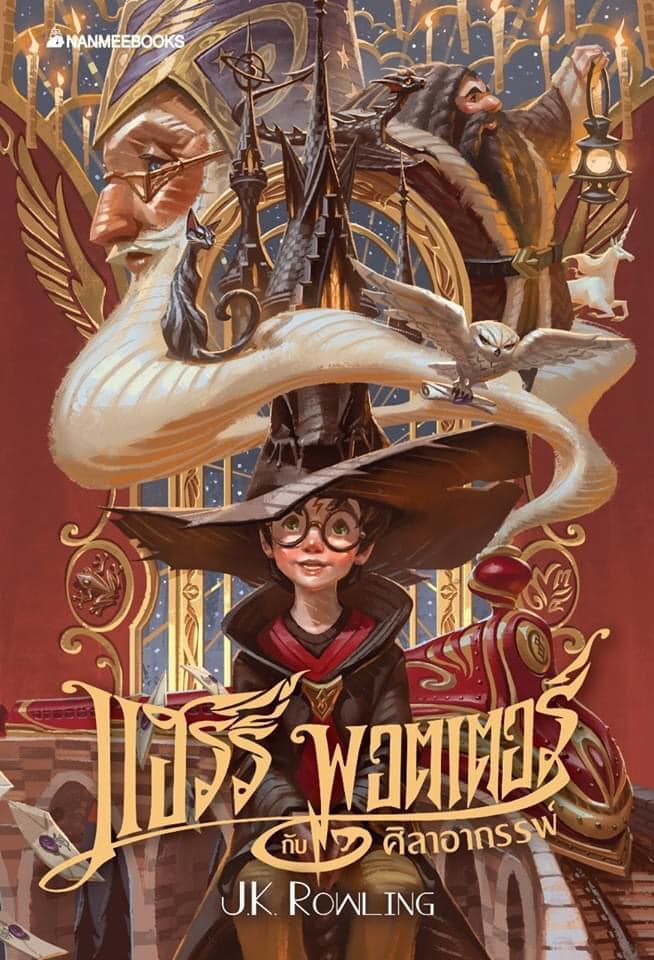 A beautiful cover for “Harry Potter and the Sorcerer’s Stone” showcases illustrations of Harry and the Sorting Hat, Dumbledore, and Hogwarts Castle. 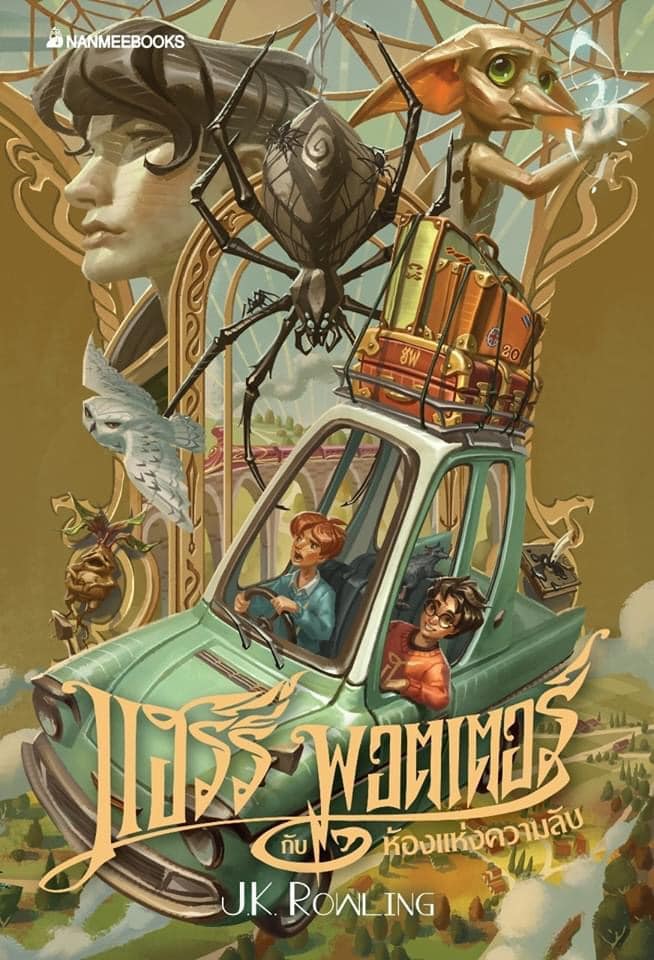 Illustrations of Harry and Ron in the iconic Ford Anglia, along with Dobby, Spiders, and Hedwig, are front and center in this highly detailed “Harry Potter and the Chamber of Secrets” cover. 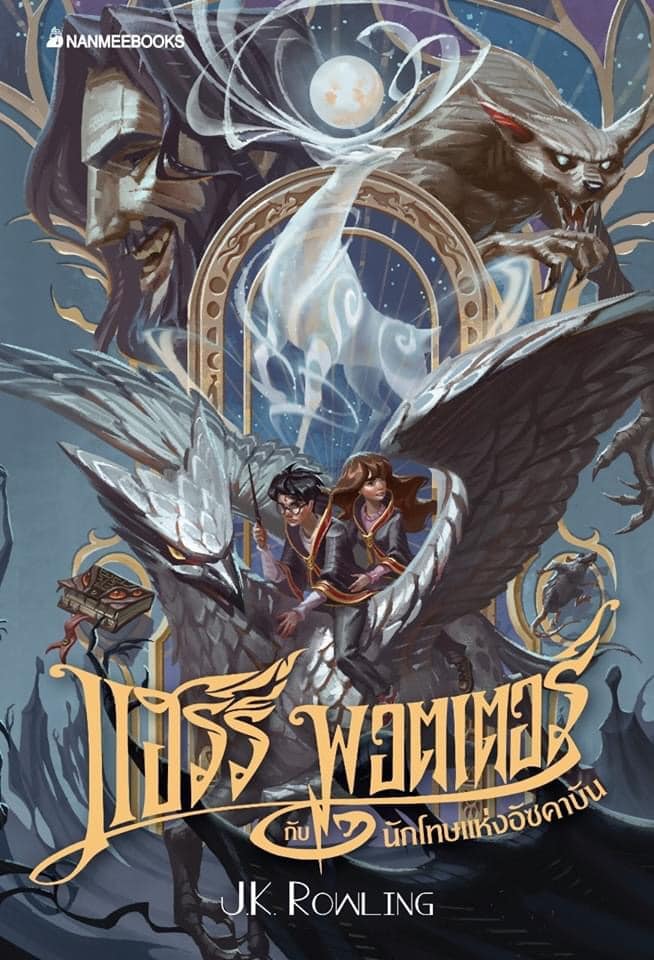 Along with incredible illustrations of Harry, Hermione, and Buckbeak on the “Harry Potter and the Prisoner of Azkaban” cover, you can also see all four Marauders and “The Monster Book of Monsters”. 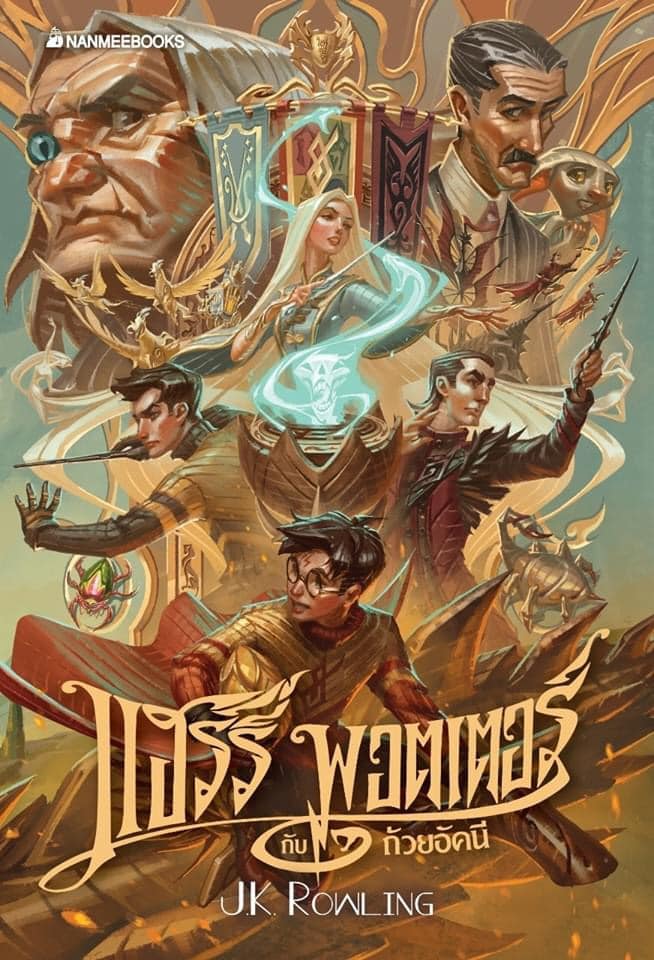 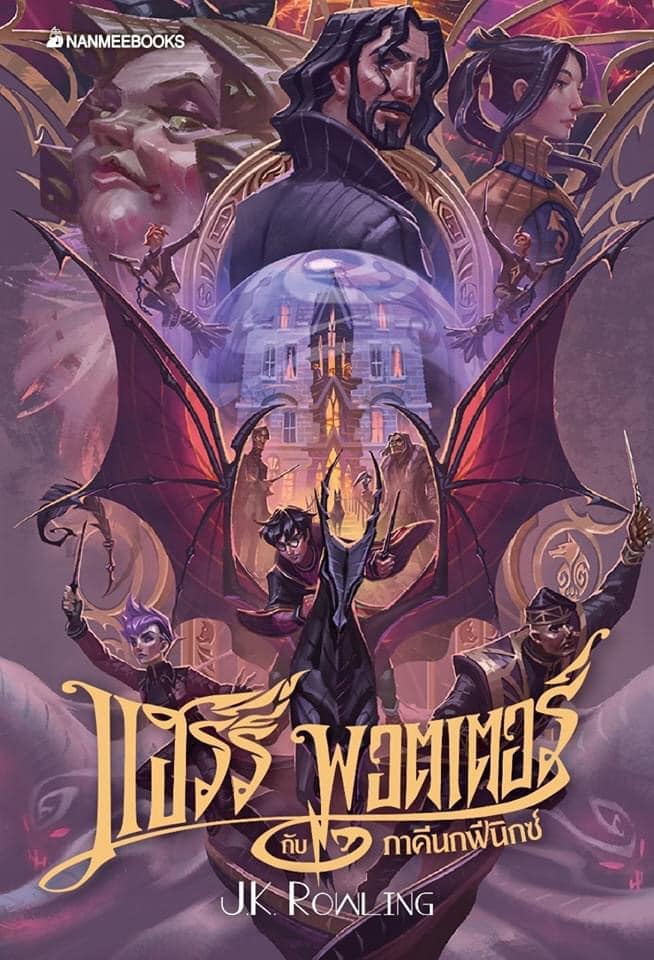 The cover of “Harry Potter and the Order of the Phoenix” includes illustrations of key characters, Thestrals, the Ministry of Magic, and Kingsley and Tonks, who are rarely seen on the “Harry Potter” book covers. 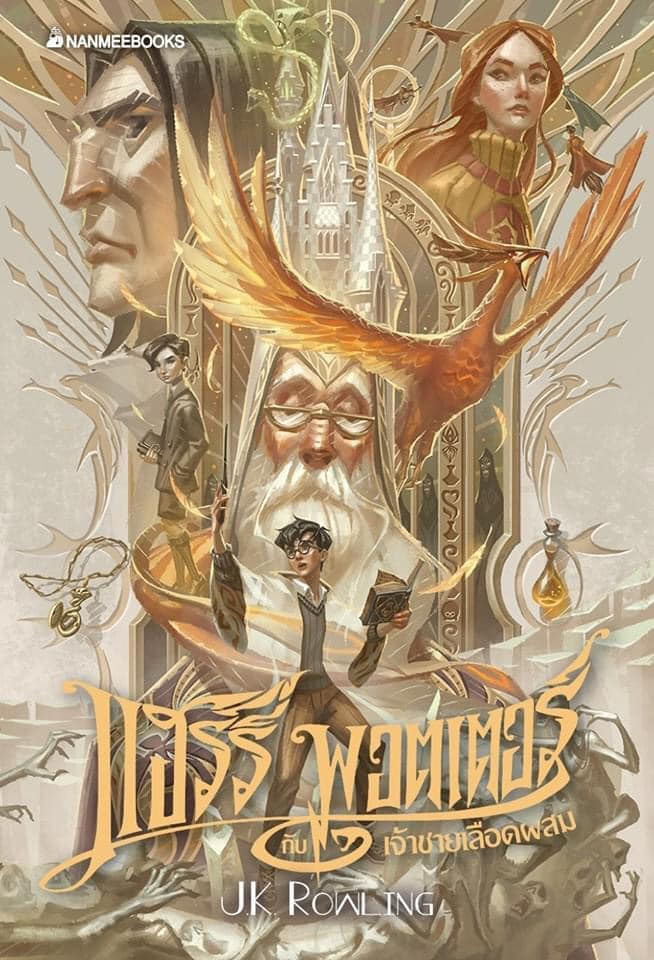 The cover for “Harry Potter and the Half-Blood Prince” entices readers with illustrations of Dumbledore, Snape, Harry, and Tom Riddle, to name a few. 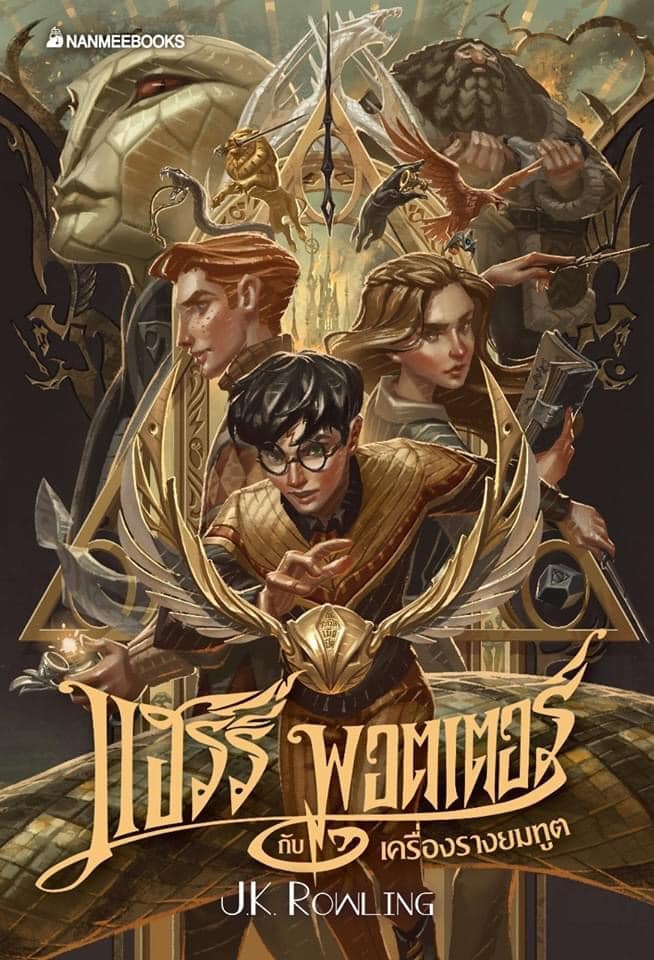 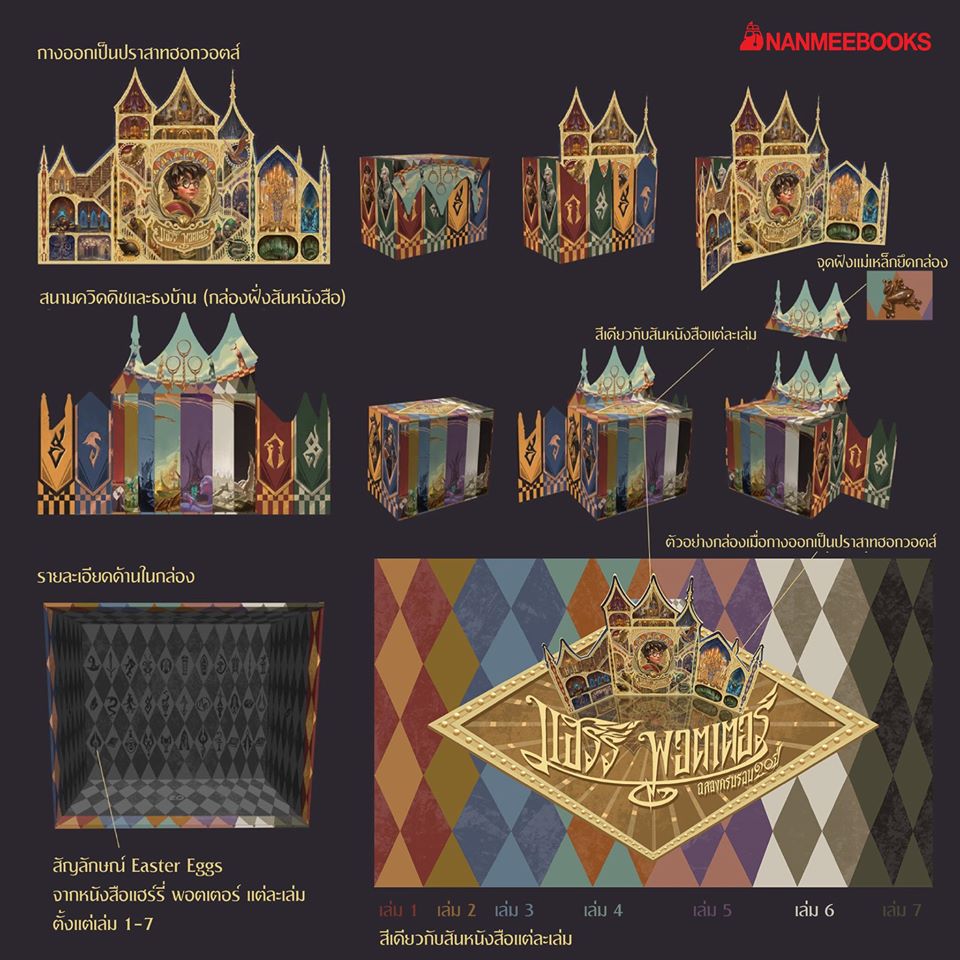 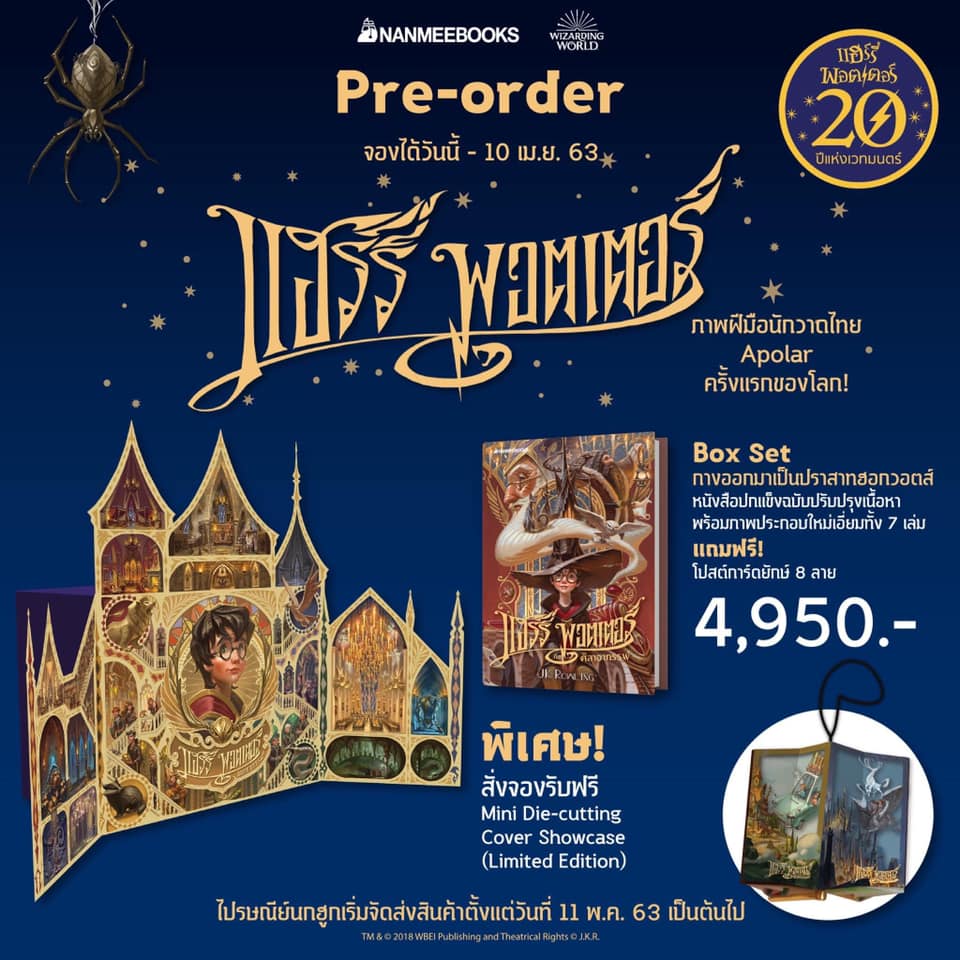 The hardback box set comes with a hanging decoration showcasing the cover art. 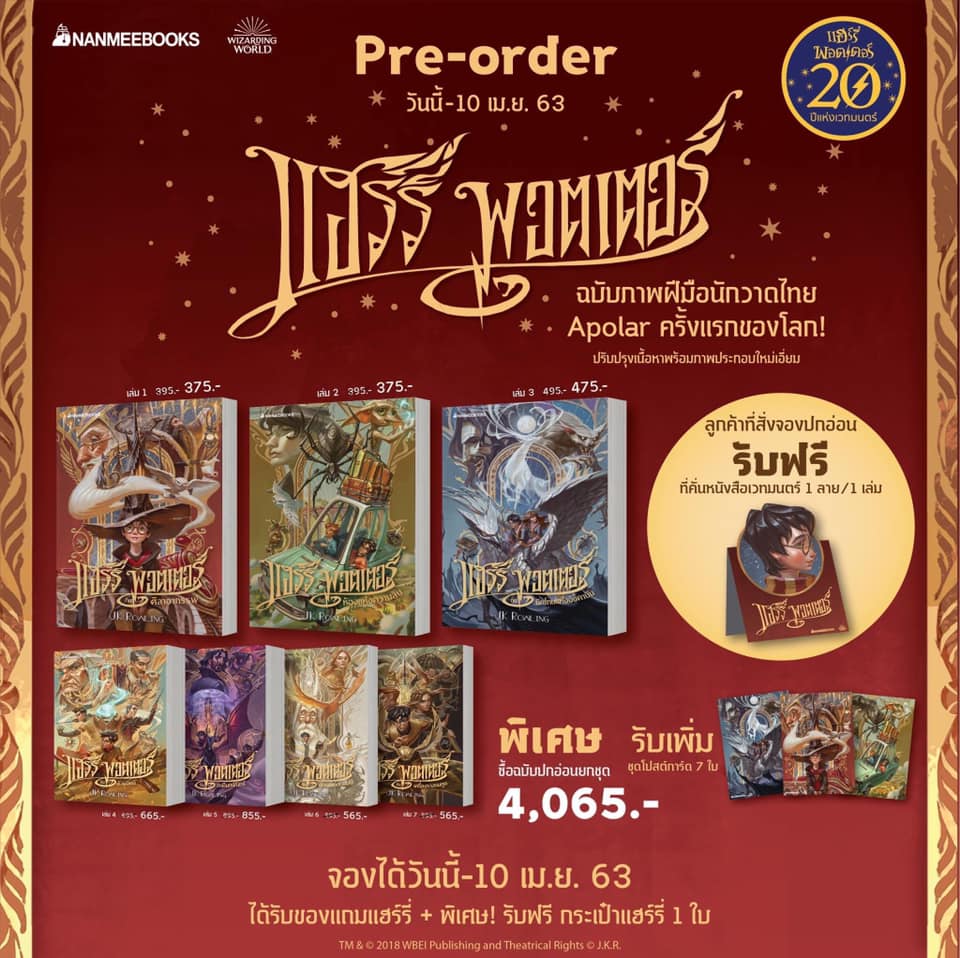 The editions will be available to purchase singularly, or you can buy the stunning box set in either paperback or hardback. The box set will include eight giant postcards and a beautiful case that opens out into another work of art. Plus, if you purchase the hardback box set, you can take advantage of a special hanging decoration.

These glorious editions are due to be released on May 11, 2020. These aren’t the only new editions coming this year, with Bloomsbury and Scholastic releasing a very special edition of Harry Potter and the Sorcerer’s Stone in October designed by beloved Wizarding World designers Eduardo Lima and Miraphora Mina.

Which Harry Potter editions have been your favorite since the original covers were released? Let us know in the comments below.