British Quidditch Cup Has Been Canceled

QuidditchUK is currently discouraging all Muggle quidditch activity in the United Kingdom. Teams shouldn’t train, and every tournament should be postponed or canceled. The organization also canceled the British Quidditch Cup (BQC) and ended the 2019–2020 season.

BQC should have been held April 18–19 at Shrewsbury Sports Village, but it was suspended in March. QuidditchUK hoped at first that it could organize the tournament in the summer.

Firstly, our estimates had been for a late July BQC, which was based on projections [that] showed improvements to public health being made from late May. However, with current infection/casualty trends, and our government’s inability to provide clear and concise guidelines, this is clearly no longer the case. It is therefore unlikely that we will see drastic changes in time to host an event on the scale of BQC safely.

Another reason for canceling the event was that, according to a survey, most players prefer a stronger start to the 2020–2021 season than holding BQC in late summer. 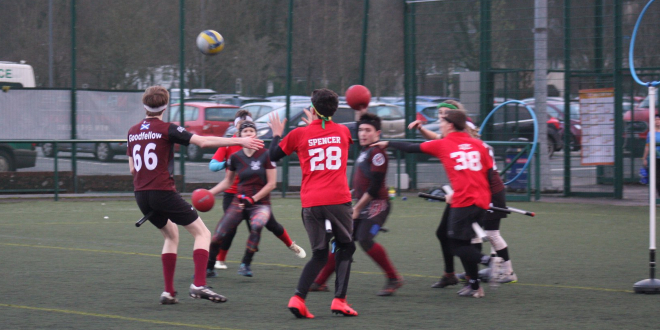