Despite the fact that he is known by Potter fans as the cross and calculating Rufus Scrimgeour from Harry Potter and the Deathly Hallows – Part 1, the widely acclaimed actor Bill Nighy is all for laughs, even in dramas. As his poignant family dramedy Sometimes Always Never gets a virtual debut, Nighy shared his thoughts on acting comedy and his favorites.

Nighy stars in Sometimes Always Never as Alan, a retired Merseyside tailor and a father in search of his long-lost son. Since his son stormed out after an argument over the acceptability of the word “Zo,” Nighy’s character becomes obsessed with and obsessively good at Scrabble. After a body shows up, family drama and a quest for closure follow. What we get is a beautifully crafted, bittersweet story full of wit, love, and humanity. The film originally premiered last year, and it saw its release in virtual theaters on June 12, courtesy of Blue Fox Entertainment.

Nighy’s quiet comedy is down to the fact that a substantial portion of his early career was made up of strictly serious drama in theater. However, in a recent interview with the Talks, the actor revealed that comedy has been very important to him ever since his change of tune in 1998’s Still Crazy, in which he appeared alongside Timothy Spall (Peter Pettigrew):

It’s indisputable. If everybody laughs, job done, you know what I mean? It’s not airy fairy or ‘Is he any good?’ or ‘Did that line sound like somebody speaking for real?’ Those things I had very little confidence in. And it was a surprise because I didn’t move in those comedy circles, and I always thought it was a skill that other people had. I never watch my films because I’m squeamish about the acting, but I did watch Still Crazy with an audience. It was excruciating, but they did laugh where I had hoped they would laugh, and that was a big deal!

A big deal indeed – in fact, he even said, “I think it’s a responsibility to try [to] remain amused!” Though he talked about his love of blues music, and a great deal about Christopher Walken’s acting, Nighy’s attitude is a true cure for the blues:

Like everybody, I like to laugh, and there'[re] lots of things to laugh about. I suppose it’s a mechanism [that], you know, prevents you from taking yourself too seriously, and also it’s a way of reassuring people, I guess. It’s a habit.

Does this mean the actor praises banana peels over nuanced performances for comedic effect? Not at all, since he revealed he is partial to subtle humor, saying, “I mean, I like buried comedy, I like it disguised, so that nobody gets caught trying to be funny, and yet the audience all laugh when you arrange for them to laugh.” 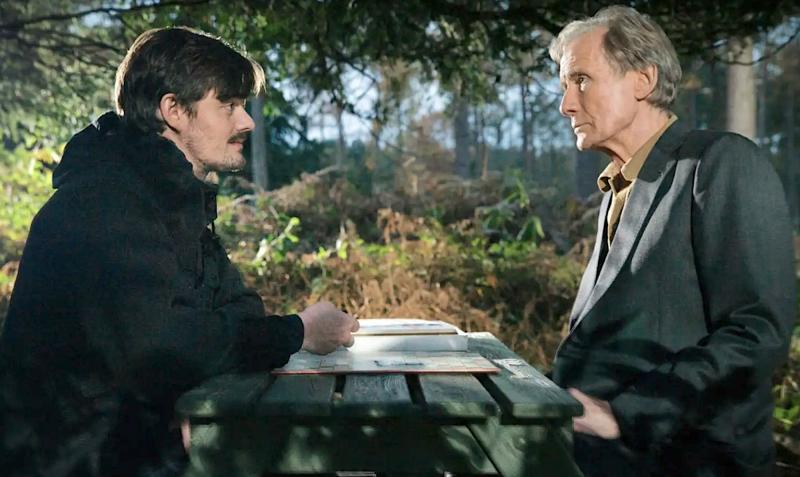 Comedy is not only a kind of arrangement for Nighy but also necessary even in an otherwise dramatic piece and a good channel to convey a message, in his opinion:

I think it’s bad manners to ask people to sit in the dark for two and a half hours without telling them a joke! I think it’s vulgar. (Laughs) I don’t really want to go out there unarmed without any jokes up my sleeve, you know what I mean? Because it’s quite scary anyway. I leave plays without jokes to the younger artists. But I do believe that information travels well in joke form. You can deliver stuff very efficiently if it’s funny and people will welcome it. You can work on their resistance.

Sometimes Always Never joins a whole host of other movies with our beloved Harry Potter alumni now available on streaming services. Why not sit down to enjoy Nighy’s comedic brilliance with other acting royalty familiar from the franchise? The Best Exotic Marigold Hotel is the perfect summer treat, or Pride while it’s still Pride Month. Or if you are like us and don’t care about the season, Love Actually remains one of the prime examples of Nighy’s comedic genius.