Have you ever wondered which Houses the world’s political leaders would have been Sorted into at Hogwarts? Well, I have. Choosing politicians I was familiar with, I answered WizardingWorld.com’s Sorting Ceremony questions and found out which (in)famous leaders I share Hufflepuff House with.

I did the bare minimum of research on each leader, utilizing Wikipedia, recent articles written by their constituents, how I perceive their portrayed personality in the media, and also what they look like. Eight new email addresses and WizardingWorld.com accounts later, I finally Sorted eight world leaders into Hogwarts Houses. Half expecting all of them to be Sorted into Slytherin, where I assume all politicians stem from, I was surprised by the results.

This is not entirely surprising as “ScoMo” – or as Australia likes to refer to him, “Scotty from Marketing” – is a bit of a showboat. However, I would have thought a Gryffindor would have thrown themselves into Australia’s state of emergency during the bushfires. When his country was literally on fire, staying in Hawaii and stating “I’m entitled to a holiday” was not a very Gryffindor-y thing to do. 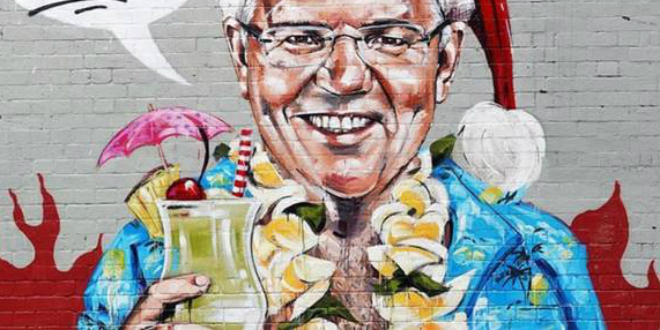 Liked, admired, and genuinely “nice,” it is not surprising J.T. was Sorted into Hufflepuff. However, cracks are starting to show in his political career with claims such as “lack of substance” thrown about. As he’s the only Hufflepuff in this (admittedly short) list, it gave me a bias toward my own House that perhaps it is not a birthing ground for political prodigies.

Macron embodies most of the characteristics of a Slytherin: ambition, cunning, leadership, and resourcefulness. He is especially resourceful with money if the recent changes in French pension laws are anything to go by. Macron is definitely going to need the power of invisibility – an answer I easily chose during his Sorting Ceremony – to navigate his way through the often rioting streets of Paris.

She has been described as the “Chancellor of the Free World,” the “de facto” leader of the European Union, and named as the “most powerful woman in the world” 14 times. Angela Merkel, regardless of whether you like her or not, is impressive. She has multiple doctorates, including one in quantum chemistry, and she is one of the longest-serving and most successful politicians. Wit, learning, and wisdom are this woman’s bread and butter. If she had received any result other than Ravenclaw, I would have declared the test inaccurate.

This did not surprise me in the slightest. Apart from being one of the most underrated politicians, Michael is a poet, former broadcaster, and all-around good guy. He takes his two Bernese Mountain Dogs with him to as many political gigs as possible and has spoken out about climate change, urging his contemporaries (read: Trump) to take it seriously. If he were at all part of the magical world, he would resemble an Irish Arthur Weasley with a hint of leprechaun. 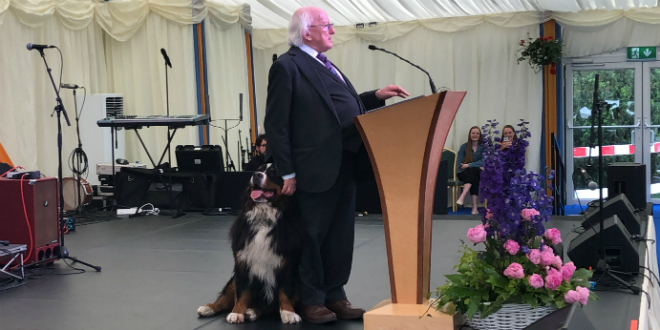 This did surprise me. As one of the most liked and humble leaders in the world, I was expecting a Hufflepuff/Gryffindor blend. Jacinda could be noted as the antithesis of Macron in many ways, so this is yet another example of how it is worth noting that not all Slytherins are nefarious characters, just as not all Gryffindors are stand-up individuals (read: Peter Pettigrew).

This answer was perhaps when I started doubting the quiz’s ability to Sort at all. B.J. has proven, categorically, without a doubt, that he does not value intelligence, creativity, or wit. Then, I realized that Gilderoy Lockhart was also Sorted into Ravenclaw, and perhaps Johnson’s apparent lack of intelligence is in fact similarly genius – a clever ruse to get others to overlook his obvious and potentially serious flaws. For example, I am going to hazard a guess that Johnson’s hair cut (the most creative thing about him) is a recommendation from his campaign manager since media outlets cannot help but comment on it and seemingly dilute his more newsworthy political buffoonery.

I just couldn’t bring myself to let this… guy (read: another word my editor wouldn’t let me publish) into Hogwarts. And let’s face it, he’d get expelled anyway.

It is fair to say this was a very loose experiment that in no way reflects the answers the individuals would have given had they taken this quiz themselves. Perhaps they have, and their answers were similar to my barely researched ones. Who knows? So for now, I ask you to refer to the results above when querying who shares your Hogwarts House. You could be sharing a House with a famous/infamous prime minister or president. Yay! (Or not.)

Do you agree with the Sorting Hat’s decisions? Who are some other world leaders you would like to see Sorted?

A Dirigible Plum is a rare delicacy that few witches and wizards have the pleasure to enjoy. This Quibbler section takes inspiration from the Muggle satirical publication the Onion and includes only the most refined and serious of topics in the wizarding world.