It may be July, but Hallmark is not letting that get in the way of its festive spirit! The company is adding two iconic Wizarding World characters to its Harry Potter Storytellers collection as part of its wider Keepsake Ornaments premiere.

Adding to the ornaments already in this collection are Dumbledore and Hagrid, both of which were designed by Kristina Gaughran and Tim Bodendistel, the creatives behind the previously released Harry, Ron, and Hermione Storytellers ornaments.

At just over six inches, the Dumbledore ornament is modeled on Richard Harris’s portrayal of the character in Harry Potter and the Sorcerer’s Stone and features incredible details on his robes and hat. The ornament retails for $29.99 and will be available to purchase on July 11, 2020. 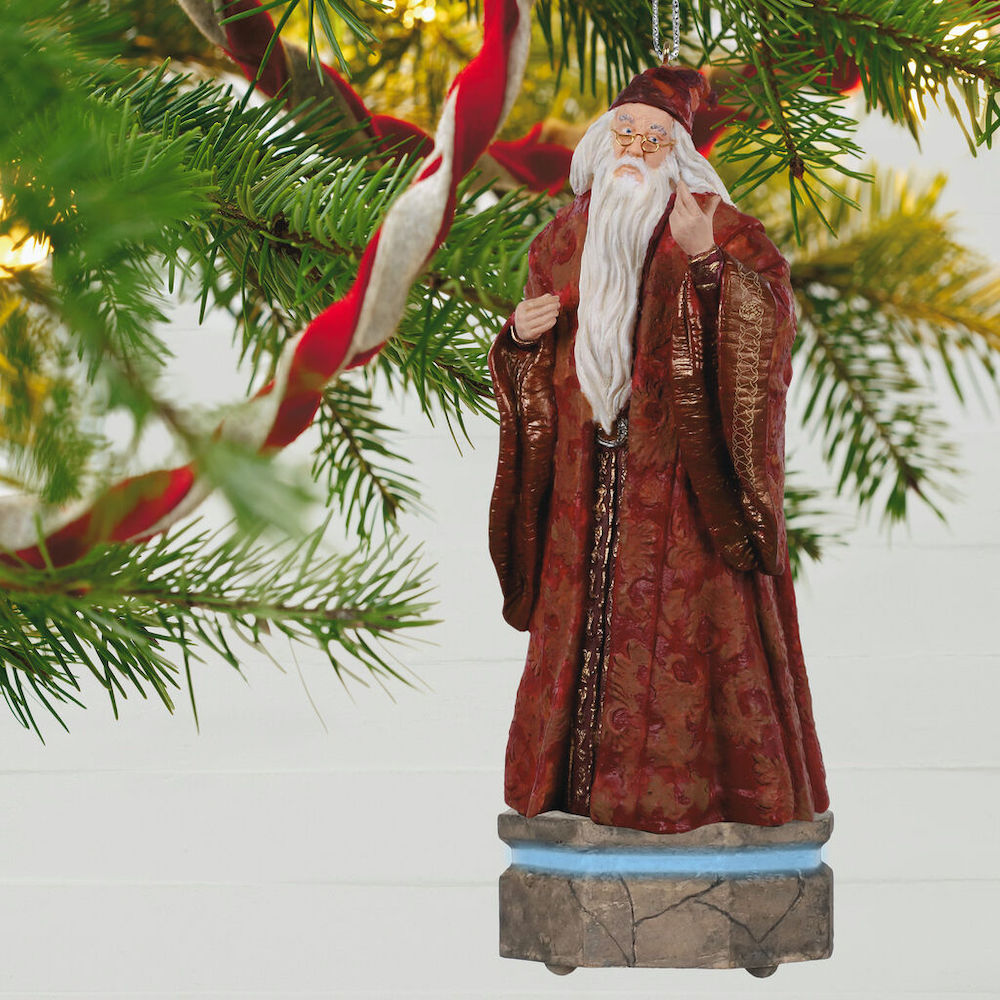 Designed by Kristina Gaughran and Tim Bodendistel, the ornament is modeled on Richard Harris’s portrayal of Dumbledore. 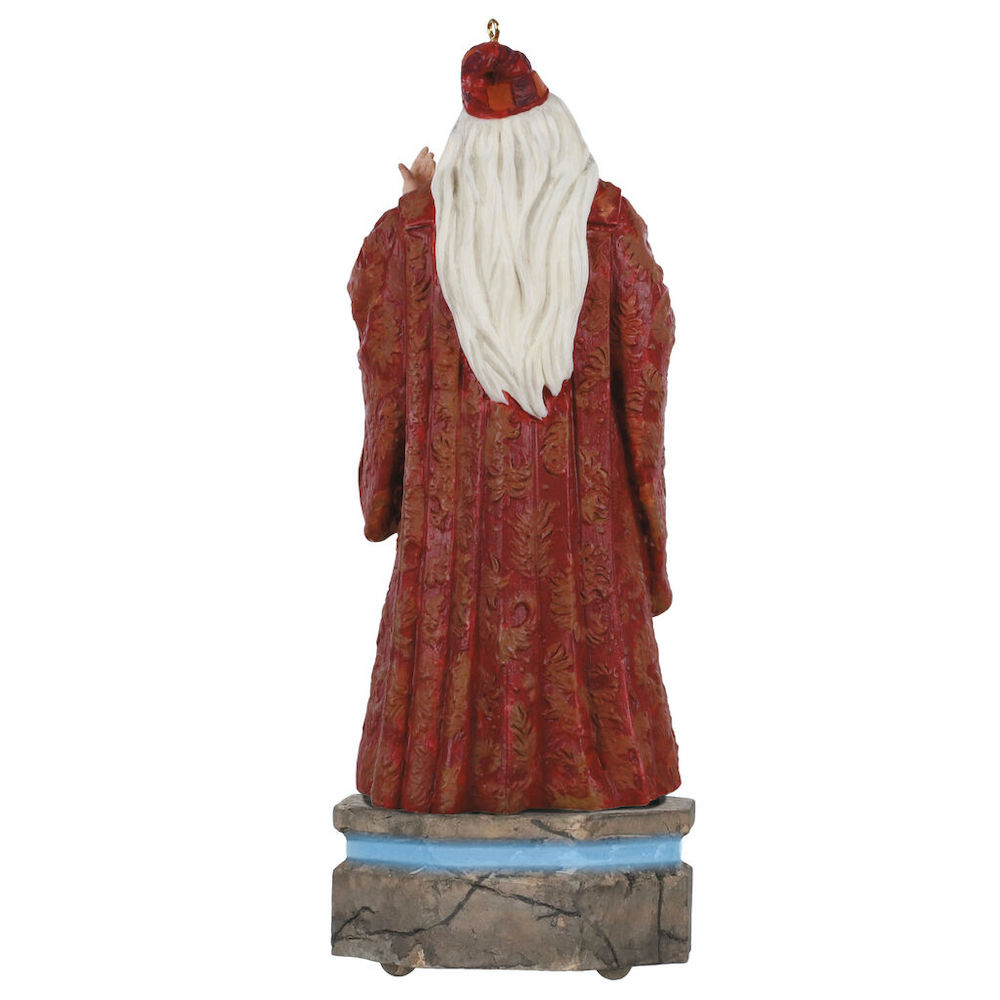 The Dumbledore ornament retails for $29.99.

Hagrid’s ornament portrays the Hogwarts gamekeeper with his trusty pink umbrella and coat of many pockets, one of which we’re sure contains a dog biscuit or two. The Hagrid ornament also retails for $29.99 but unlike the other ornaments in this collection, will not be available to purchase until later this year. 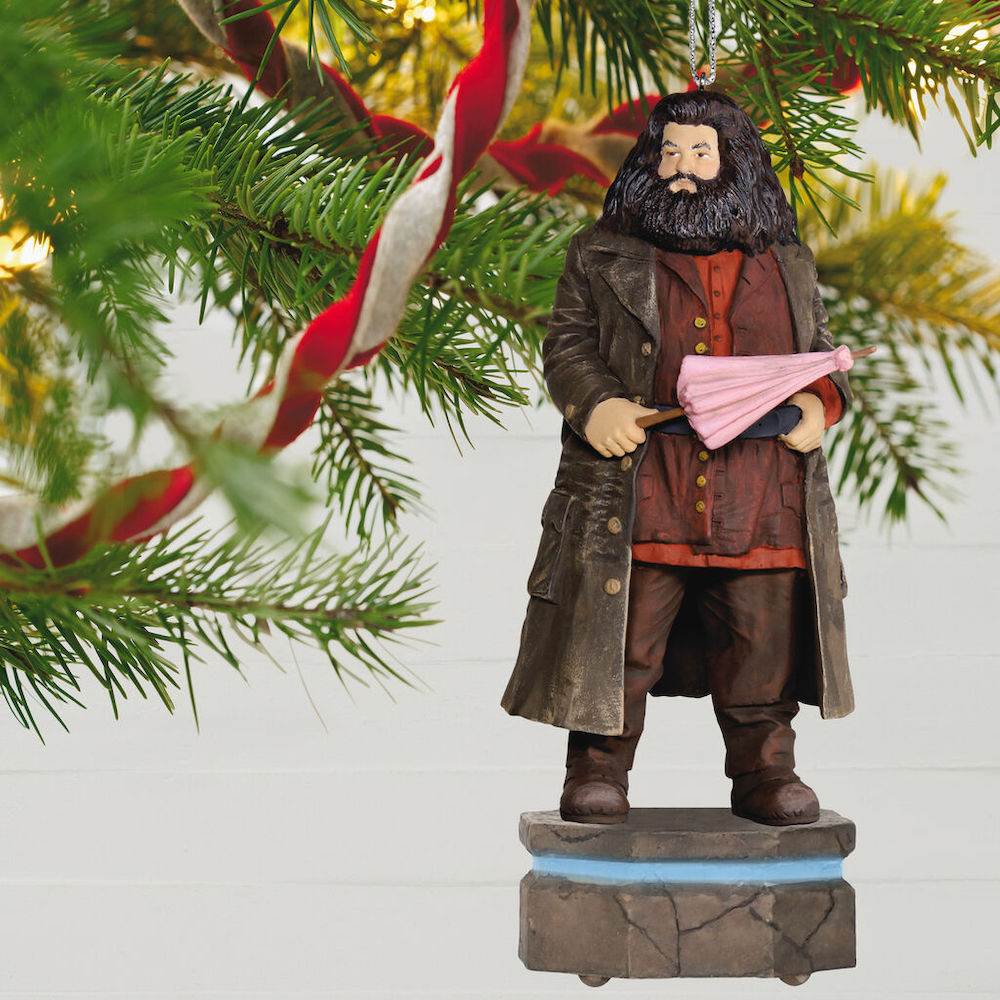 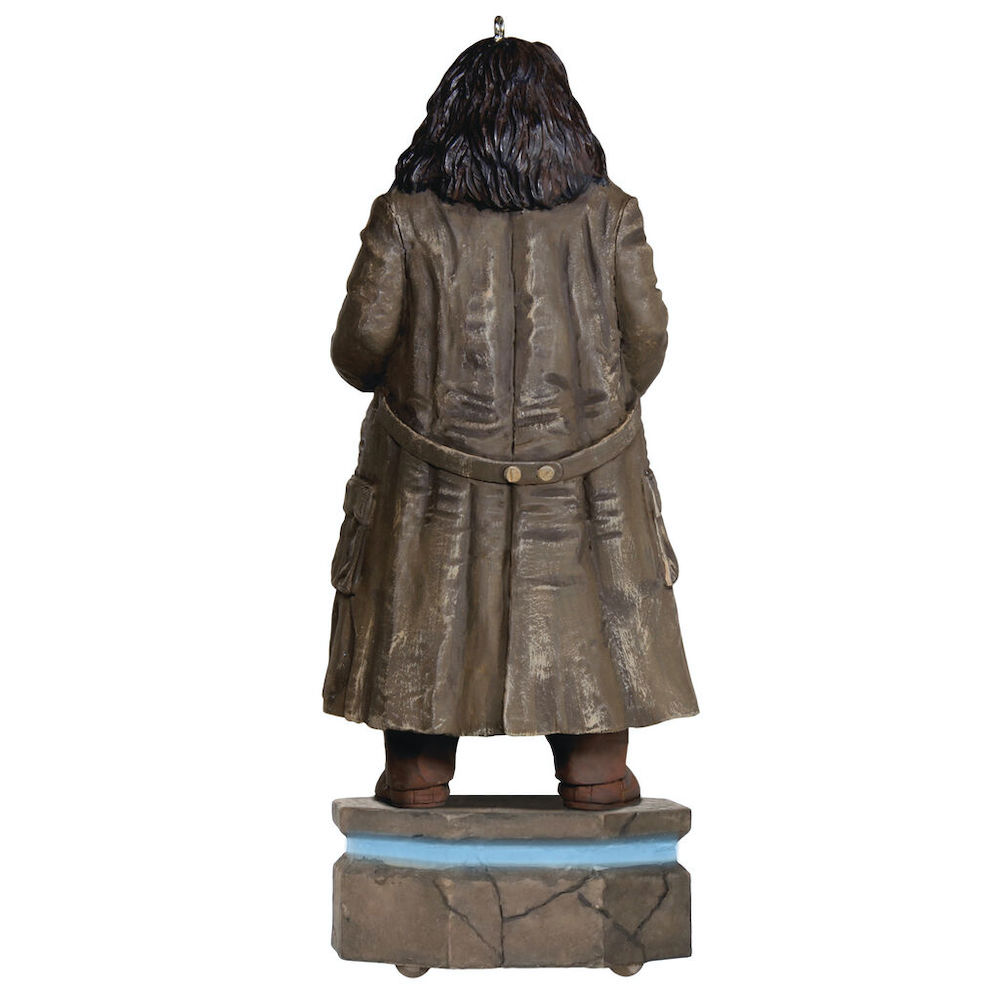 Unlike the other ornaments in this release, the Hagrid ornament will be released in July.

When connected to Hallmark’s Keepsake Power Cord, each character lights up and performs a scene from Sorcerer’s Stone. When multiple ornaments are connected to the Power Cord, interactive performances are unlocked.

Dumbledore, Harry, Ron, Hermione, and the Hogwarts Castle tree topper will be released as part of the Keepsake Ornaments premiere, which takes place July 11–19 on Hallmark’s website. This is a great opportunity to purchase the trio and tree topper if you have missed them in previous releases. The Hagrid ornament will be available starting October 3, 2020.

Hallmark is also running a giveaway of the five character ornaments on its Instagram page. The giveaway closes on July 9 at 11:59 p.m. CDT and is available to collectors in the United States only.

Will you be adding Dumbledore and Hagrid to your ornament collection?