There’s even more magical news for fans hoping to get their hands on the Funko Harry Potter Advent calendar. Although still only available for preorder, the calendar is currently listed on Amazon for $39.96 instead of the recommended retail price of $59.99.

Preorders of the Funko Harry Potter Advent calendar won’t ship until October 15, but it’s not clear how long this discount will last. If you want to add magic to your festive fun and save some Galleons at the same time, you might want to take advantage of this sale! 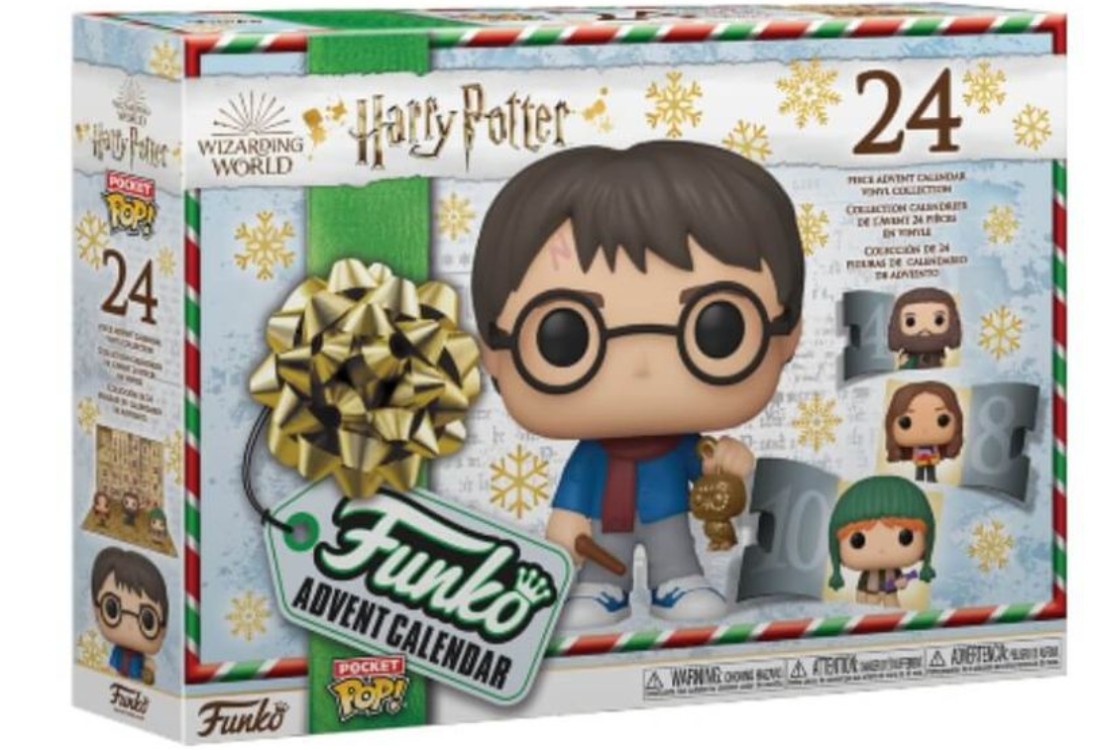 The Funko “Harry Potter” Advent calendar for the holidays is currently available from Amazon for 2/3 of the suggested retail price.

It’s time to Pop! open some early holiday gifts. After the wild ride 2020 has been so far, is it too early to get into the holiday spirit? The magical new Harry Potter Holiday Funko Pop! collection that has been announced says absolutely not.

For those of you who like to get a head start on holiday shopping, you’re in luck. Funko has officially introduced a new line of holiday-themed Harry Potter Pop! figures. They are available for preorder now. Most figures are $10.99, although Hagrid, a much larger figure, is a bit pricier, at $14.99.

This new collection includes five Harry Potter characters dressed in their holiday best. This is one of the many collections of Harry Potter Funko Pop! figures already available. 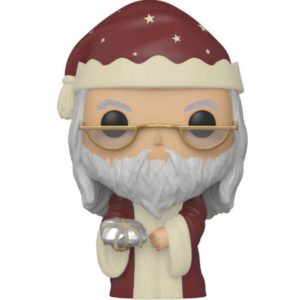 Dumbledore is dressed as Father Christmas and holding a gift

Dumbledore is dressed as Father Christmas and looks to be holding a special package Harry received on his first Christmas at Hogwarts. 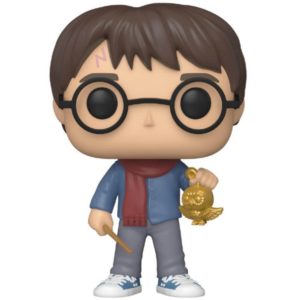 The Harry Potter Pop! figure is holding a golden owl.

Harry is featured in a scarf, probably made by the loving Mrs. Weasley. He is holding a golden owl and his wand. 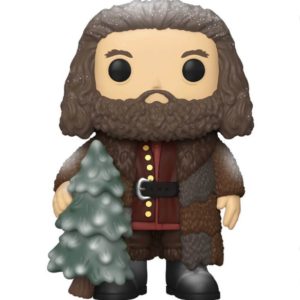 The Hagrid Pop! is holding a Christmas tree and snow-covered.

The Keeper of Keys and Grounds at Hogwarts is covered in snow and toting a (much smaller than he) Christmas tree. This figure is six inches tall. 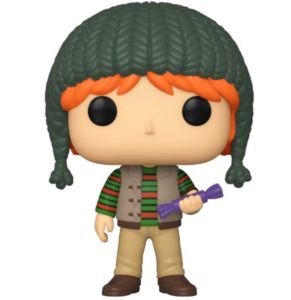 The Ron Pop! figure is holding a Christmas cracker.

Ron is holding a Christmas cracker in this figure. We wonder what magical creatures will pop out of there! He’s wearing a knitted hat from Mrs. Weasley. 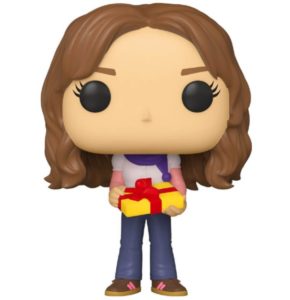 The Hermione Pop! figure is holding a gift.

Hermione is holding a gift and sporting her homemade gift of a scarf from Mrs. Weasley.

These aren’t the only figures in this collection. Funko is also doing mystery boxes that will feature 12 iconic characters in snow globes. Give the globe a shake, and gold glitter will surround the character. Will you end up with Dobby or Ron in his dress robes? These mystery boxes are $9.99. 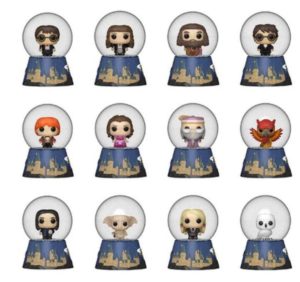 The final prize of this collection is an Advent calendar with 24 days of surprises to open. Each figure is Pocket Pop! keychain-sized. Last year, these Advent calendars sold out globally. With the price at $49.99, preorder yours today so you don’t miss out. 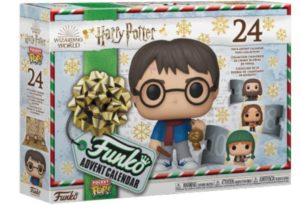 The Funko “Harry Potter” Advent calendar is ready for the holidays.

This magical collection is enough to make anyone start humming Christmas carols. Which of these Pop! figures are you most excited to add to your collection?