Tonight’s the night: The 2020 Virgin Media British Academy Television Awards are finally here. With the Emmy nominations recently announced, Harry Potter fans have reasons to celebrate, since both Helena Bonham Carter and Fiona Shaw are in the running for the prestigious award. While we have to wait for the Emmys until September, the BAFTA Television Awards will be broadcast in a virtual format for the first time ever tonight, and we can definitely look forward to seeing our favorites live.

The original awards ceremony celebrating the best TV shows was initially scheduled to be broadcast on May 17, with the craft awards celebrating outstanding technical achievements on April 26. Due to COVID-19 delays, the craft awards were streamed online on July 17, with the TV awards to follow tonight, on July 31. So who can we look forward to spotting on our screens tonight?

David Tennant (Barty Crouch, Jr.) has been confirmed to appear as a guest host through the event, though his series Deadwater Fell has not made the list of nominees this year. However, Kelly Macdonald’s (Helena Ravenclaw) crime drama The Victim is up against HBO and Sky TV’s hit show Chernobyl in the Mini-Series category. That’s two Scots in one night. Sarah Brown, Creative Director of Drama at STV Productions and executive producer of The Victim, talked about what this means for Scotland’s film and TV industry:

I do feel these dramas have given us a bedrock to build on. People are discovering Scotland not just as a setting, but the breadth of talent we have both in front [of] and behind the camera. There was a phase when there wasn’t much being made here, but we’ve definitely got up a head of steam now.

Another Harry Potter alumna who has not been confirmed but may appear is Gemma Jones (Madam Pomfrey), or Gentleman Jack‘s Aunt Anne, because the series has been nominated in the Drama Series category. Suranne Jones (Anne Lister) has also been nominated for Leading Actress, contending with Samantha Morton (Mary Lou Barebone in Fantastic Beasts and Where to Find Them) for her role in I Am Kirsty (Channel 4). Callum Turner (Theseus Scamander) is also among the nominees for Leading Actor for The Capture, along with Jared Harris (Chernobyl). 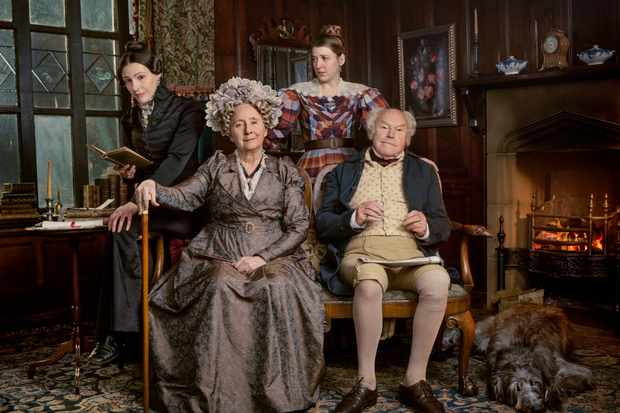 Tennant and the hopeful winners in their respective categories will join a host of awesome actors and comedians such as Richard Ayoade, Jeff Goldblum, Ruth Madeley, Chris O’Dowd, Billy Porter, Michael Sheen, and Tim Minchin, who has composed a new, original song for the occasion. Visit the official website to see the full list of nominees. The BAFTA TV awards ceremony will be broadcast at 7 p.m. BST on BBC One.