Tomorrow is National Mutt Day, but what does “mutt” really mean? A longhaired creature of doubtful pedigree or a rare new pet with plenty of talking points? The Dirigible Plum believes the latter, and to celebrate the wonderous day of mutts, we have asked our very own Luna Lovegood to come up with a list of various rare magical beasts she thinks would make excellent pets.

*Disclaimer: We asked Luna to select only creatures that have had consequential proof documented as evidence of their existence.

We’ll start this list off easy, then get into the more adrenaline-seeking pet owner picks.

Pros: Relatively low maintenance if any. The food requirement cost is low. (Lettuce.)
Cons: Is a 10-inch, toothless brown worm.

A pink, fleshy creature with no discernable purpose. 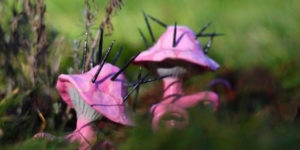 Pros: Unknown
Cons: Unknown – I guess this is like buying a “mystery box” from eBay. Will you find an unexpected treasure? I doubt it.

A small humanoid magical creature. Similar to its (probable) cousin the Cornish Pixie.

Pros: Enjoys picking flowers.
Cons: Like the Pixie, the Coco Rumsey Catcher has the possibility to be incredibly annoying and to mildly inconvenience everything you do.

Another small humanoid creature – this time with wings.

Pros: Is adept at holding quills so could replace a pen holder.
Cons: Can also write with those quills anywhere… Anytime…

This creature is as on the label – a horse with wings.

Pros: Is a friggin’ winged horse.
Cons: Depending on the breed, they vary in levels of maintenance from moderate to high. Also, if you are in the market for an Abraxan (giant palomino breed), you are going to be spending a lot of Galleons on single malt whiskey.

Pros: This showstopper is incredibly powerful, will bond with its owner if treated right, and loves to play with fluffy feathered cat toys. Aww.
Cons: Potentially has the ability to warp space, which could be annoying if she or he decided to run away.

A giant snail that changes color every hour.

A large dog-sized creature with the head of a frog, long fangs, and red glowing eyes. 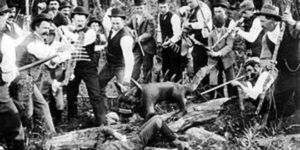 Pros: Powdered Hodag horn can make the user immune to alcohol and able to withstand seven days and nights without sleep.
Cons: It needs its horns. Also feeds on Mooncalves – a delightfully awkward and cute magical beast – which is not cool.

Part bird, part reptile, this beast is as large as a dragon and bulletproof.

Pros: Aside from its Luke Cage-like traits, it has serrated fangs that easily pierce steel. If you are in the metal business, this could come in handy.
Cons: Is naturally curious and the cause of multiple trips by the Obliviator Squad to Obliviate Muggles who have seen it appear on the news, in the papers, or in their backyards. Ownership will be wrought with fines relating to endangering the Statute of Secrecy.

A medieval beast resembling a large moose, the Leucrotta has long craggy antlers and a huge mouth, which is said to open back as far as its ears.

Pros: Never needs to close its eyes, can almost turn its head 180 degrees thanks to a rigid spine, and is believed to be able to change its sex on alternating years.
Cons: Can imitate a human’s voice and uses this ability to lure men into the night to devour them. Also, that mouth opening thing is incredibly stomach-turning.

An ash-colored warthog found in the Congo and Zaire.

Pros: Can turn invisible therefore is basically the magical version of Pumba.
Cons: Super dangerous and impossible to catch.

Popularized by DreamWorks Pictures, Ogres are known as lean, green machines… with a soft side.

Pros: Has a wicked Scottish accent. (Probably.)
Cons: Actually classed as a “being” so technically not able to be anyone’s pet.

An incredibly dangerous and crafty shape-shifter, the Hidebehind – when not invisible – resembles a tall, silver-haired, skinny bear. This beast is the hybrid of a Demiguise and a ghoul.

Pros: Excellent contortionist skills withstanding, there are very few pros as this beast’s main source of nutrients is humans.
Cons: Apart from the whole human killer issue, the Hidebehind has a tragic backstory and is believed to have developed a taste for human flesh as a result of cruelty shown to the breed’s original parents by Phineas Fletcher, a notorious animal trafficker.

The quintessential definition of “pimp my ride,” the Ford Anglia – once owned by Arthur Weasley – is a small blue “family” car currently inhabiting the Forbidden Forest.

Pros: One of a kind, can fly, is semi-sentient, and will protect its family from spiders.
Cons: Does not want to be a real car and refuses to leave the Forbidden Forest. It also has many dents.

Which one is your favorite? Will any of these fabulous “mutts” be making their way to your home soon?