The Languages of Spells

I started taking Latin in high school because I knew spells in Harry Potter derive from the language. But then I started dabbling in Italian and took French and Spanish classes (word to the wise – taking two years of college Spanish classes in seven weeks is not for the faint of heart) and discovered spells also come from a lot of other languages. Here are some of the many languages of spells and their meanings that I’ve discovered through my forays into language study.

A lot of the fan fiction I’ve read wonders if the spells used in the wizarding world are universal with the many languages of the world. Queenie’s use of Aberto to help Jacob, Newt, and Tina escape from the Ministry shows there seems to be some overlap, because “aberto” is Portuguese for “open.”

Gus from My Big Fat Greek Wedding can help explain why Harry used Arania Exume to get away from Aragog’s children in Harry Potter and the Chamber of Secrets. The spell is Latin with an assist from Greek.

“Arania” is the Latin cognate of Greek for “spider,” and “exumai” is one of two Latin words that means either “withdraw” or “exile.”

The spell is basically the magical version of “shoo, fly.” 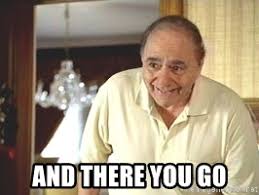 The author has noted in multiple interviews that this spell stems from the famous abracadabra. But linguists and language teachers I have talked to do not know where abracadabra comes from. Even the Merriam Webster Dictionary says the word is “of obscure origins.” It possibly came from Hebrew or Aramaic. It was a popular amulet from ancient to Medieval times since it was believed to ward off malaria and the plague.

It is amusing when Newt uses this spell to get the Niffler out of the jewelry store in the first installment of the Fantastic Beasts franchise because it is so literal. “Finestra” is Italian for “window.” Fun fact: I actually learned about the word “finestra” from a history class that discussed the Defenestration of Prague. In 1618, Protestant nobles threw Catholic nobles out of windows of a government building in Prague. That event was one at the beginning of the 30 Years’ War. 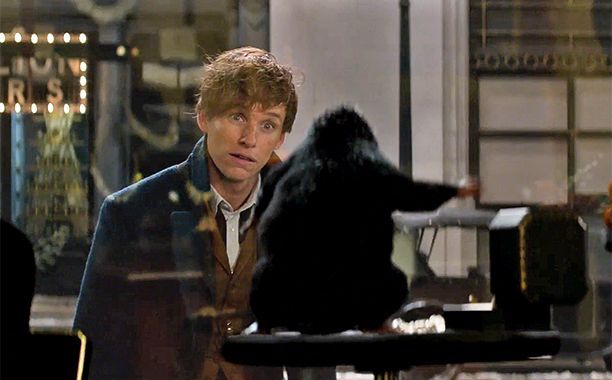 The snake coming out of a skull to signal the presence of Death Eaters is a very literal representation of the spell. Morsmorde combines two French words.

The spell is French for “eat death.” Voldemort was totally obsessed with death, and his name means “flight of death” in French. It’s interesting that his name and the rallying spell for his Death Eaters are in French when there is not any indication Voldemort would have had the ability to learn French at the orphanage or Hogwarts.

Why is Harry so appalled after he cast the spell “for enemies” on Draco in Harry Potter and the Half-Blood Prince? Because Sectumsempra combines two Latin words to create a very morbid meaning.

“Sectum” = cut and “sempra” = always (in popular culture, the word is more commonly seen as “semper,” like the Marines’ “Semper Fi” or when John Wilkes Booth shouted “Sic Semper Tyrannus”).

It sounds like the spell cuts into a person until they bleed to death. George was lucky it only cut his ear off. 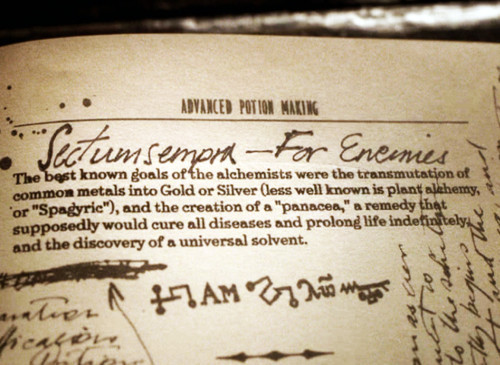 That is the spell used to send up red sparks. It comes from the word “vermillion,” which is an old English word for red. The high school and university in Vermillion, South Dakota have red as part of their school colors for this reason.

These are just a few of the spells with interesting meanings. If you want to learn more about every spell used in the wizarding world, take a look at The Unofficial Ultimate Harry Potter Spell Book: A Complete Reference Guide to Every Spell in the Wizarding World. It can be found here: