Since we are all spending more time at home this year, a lot of us have been focusing on making our living spaces a little more magical. Check out these Harry Potter makeovers that would make anyone forget the lockdowns.

Writer Kate Sample has turned her home in her Chicago neighborhood into a place of marvel. Halloween is her favorite holiday, and she knew she wanted to do something special this year. “This is not judgement [sic] on anyone, but I personally felt weird putting out gravestones and things like that in a year like this year [when] there is real death happening,” Sample said. Inspired by her trip to Edinburgh, Scotland, she has been collecting artists’ items for months to create the display that includes spiderwebs, platform nine and three-quarters, Hogwarts House banners, and even an animatronic dragon. Sample’s neighbors have added more Harry Potter trinkets to the decor, which was installed over two days with the help of the design studio Cavalier and Company. She plans to hand out Harry Potter candy for (socially distanced) trick-or-treaters, so don’t miss Dickens Avenue between Fremont and Bissell Streets if you’re in the Windy City this Halloween. 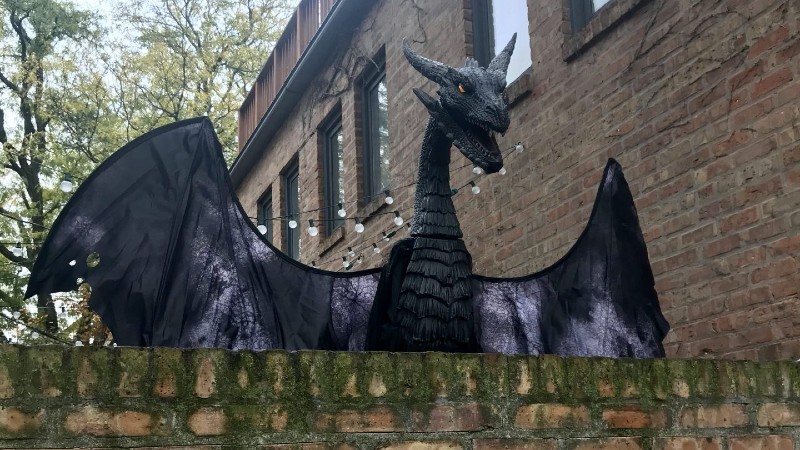 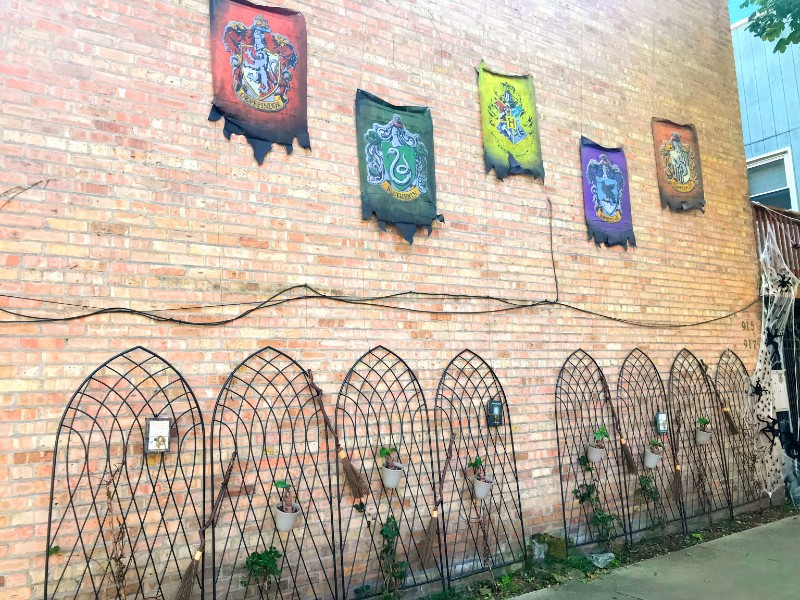 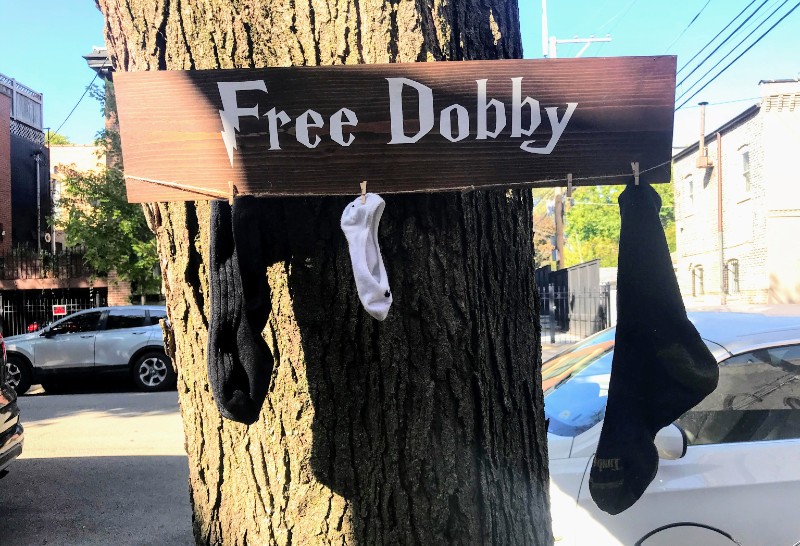 Self-confessed Harry Potter nerds Dan Harrison and Mark Parkinson have turned their summerhouse into a magical pub. The couple moved into their 18th-century cottage near Leeds this June. Since then, they have rewatched the movies, gathered their memories from Warner Bros. Studio Tour London – The Making of Harry Potter and Universal Orlando Resort, and taken to collecting decor items from charity shops, antique shops, and online auctions to create their own backyard Leaky Cauldron. The result is a charming summerhouse full of goblets, tankards, handmade potion bottles, vintage books, flying keys, custom-made signs, bespoke beer mats, bar runners, and a fireplace. The couple told their story as part of the Yorkshire Evening Post and Leeds City Council’s “Covid Diaries,” and Harrison said it helped them cope with the pandemic:

The time spent on the project was a welcome distraction and helped us focus on something other than the worry and anxiety of the Covid crisis. We were able to spend our evenings and weekends staining wood, making shelves and crafting, seeing as we were unable to spend time with friends and family. We had a brief window when we were allowed guests over, and we have had many nights drinking in there all evening and playing board games. 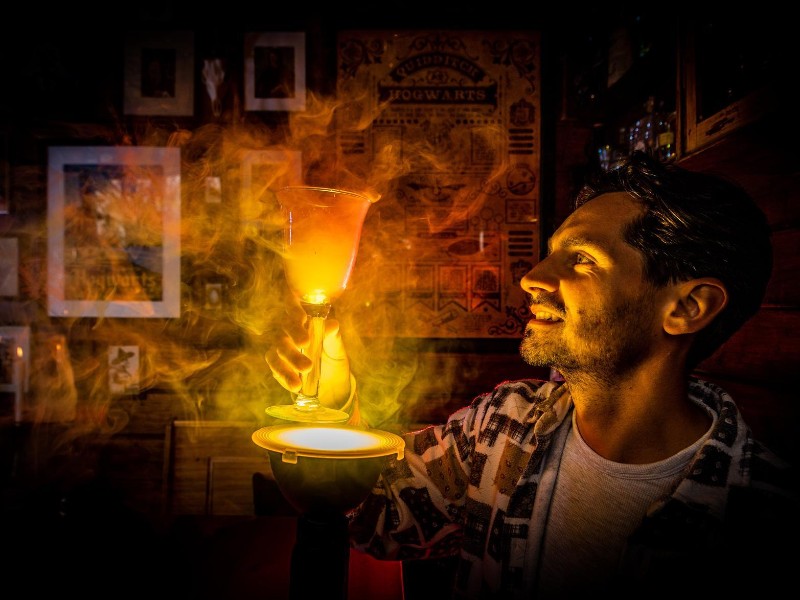 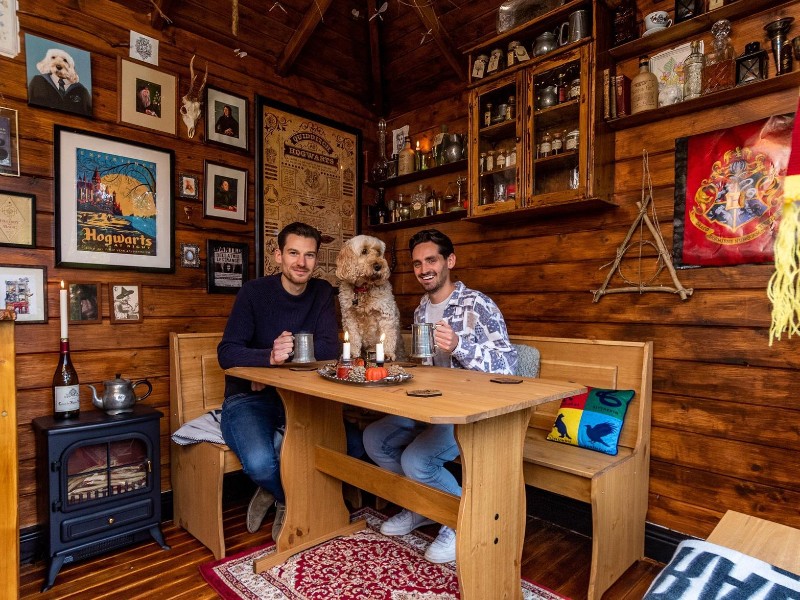 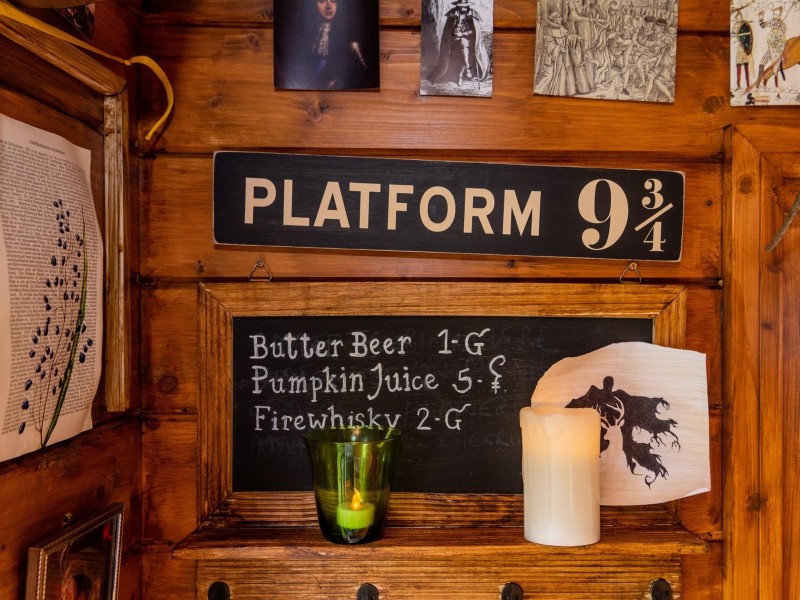 Sophia Daly turned her seven-year-old daughter’s room into every Harry Potter fan’s childhood dream bedroom. Using upcycled furniture and materials, she gained inspiration from the movies and asked her daughter what she wanted. The answer: Gryffindor! Going from there, Daly decorated the room with redbrick- and bookshelf-patterned wallpaper, Marauder’s Map blinds, stars, candles and keys on the ceiling, and pictures and items familiar from the wizarding world everywhere. When she is not playing with them, little Alana’s toys are stored in their Azkaban cage. 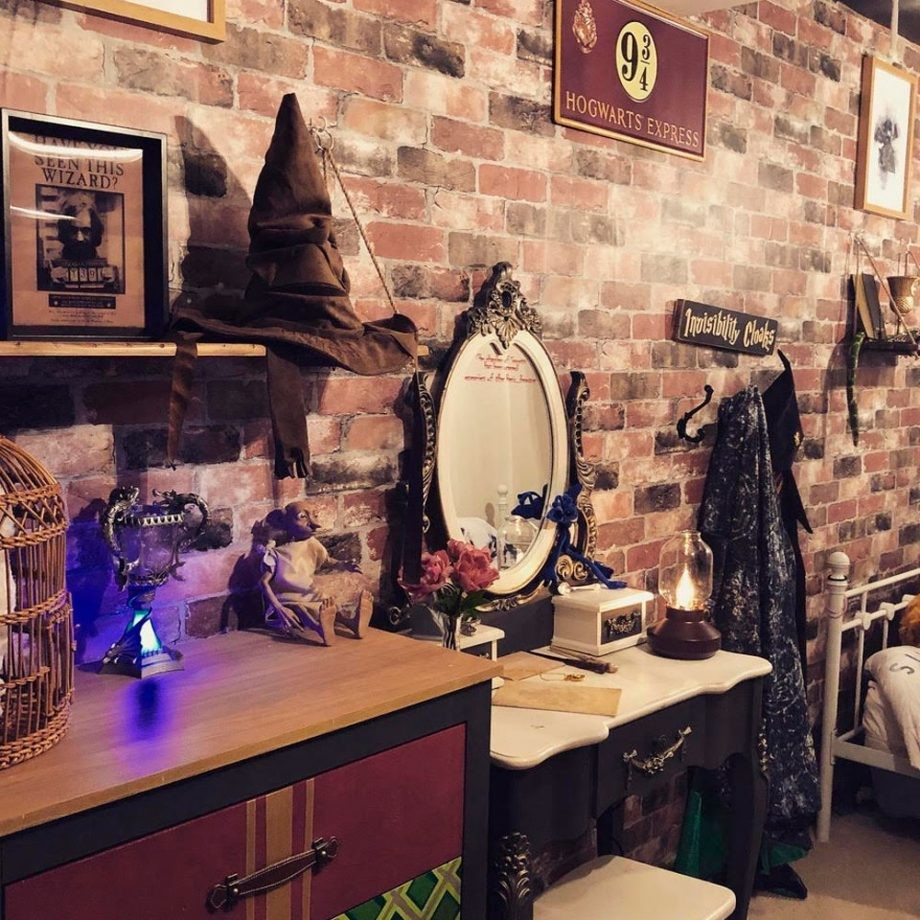 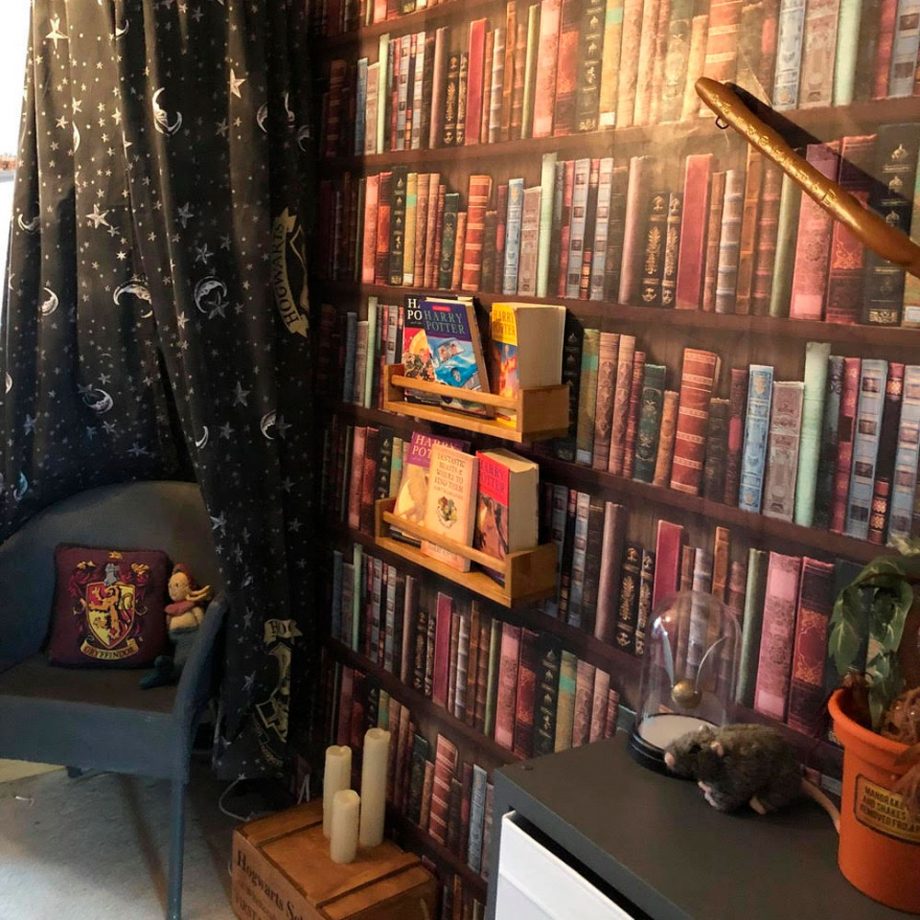 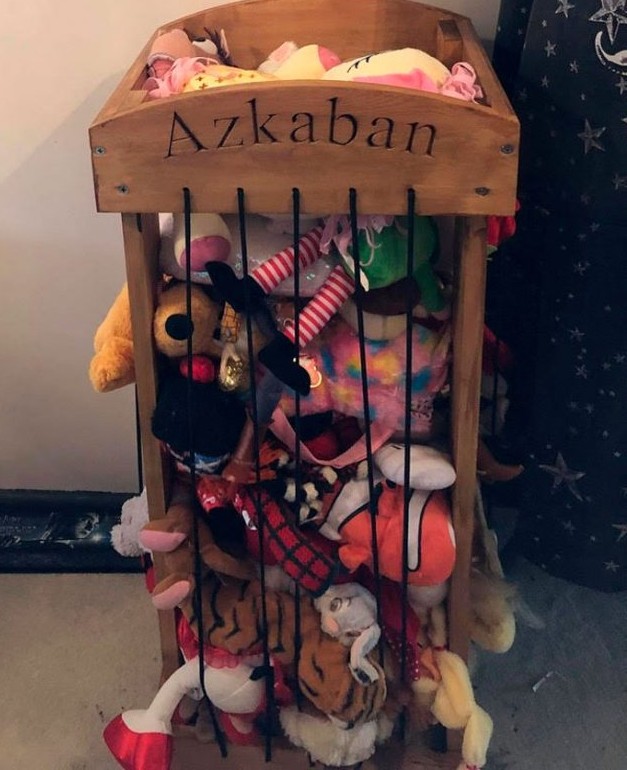 Dylan Saxby’s six-year-old daughter is the luckiest girl in the world because her dad has built an entire magical world behind an unassuming wardrobe door just for her. It doesn’t open on Narnia but a carefully replicated miniature Diagon Alley. Saxby sourced the wood from his wood merchant friend who works at Pinewood Studios and spent his spare time since April building the 4.2 by 1.2 m playstreet. He said the room was well received when he unveiled it: “Ella was astounded when she saw the street finished. She said ‘can we keep this forever[?’] Playing in it all weekend ended up being more tiring than building it.” The street currently has a bookshop and reading nook, a pen shop, a Quidditch shop, and an owl shop, and Saxby plans to open a toy and candy shop by Christmas.

Have a magical Halloween with awesome Harry Potter decorations to chase this spooky year away!