Matthew Lewis is too humble to claim to be a wizard, but that didn’t stop him from playing the iconic Neville Longbottom in the Harry Potter movies. Similarly, although he hasn’t had any children of his own, that’s not going to stop him from playing a dad-to-be in the new feature film Baby Done.

Are we sure he is not actually a wizard? His transformation from the Longbottom years to one of the hottest actors out there may be down to witchcraft, not luck, but we will just have to believe him on that. Talking to the Australian Broadcasting Corporation’s triple j team, Matthew became quite flustered when his famous “glow-up” was brought up:

Well, being 31 years old now, I have to pretend I don’t know what that phrase means, ‘glow up.’ I mean, what is that? But gosh, I mean, I don’t know, man. I guess it’s a compliment, I suppose. I am very humbled by the nice things that people say. I don’t know what they are talking about, to be honest. They could be saying a lot worse things, I suppose! 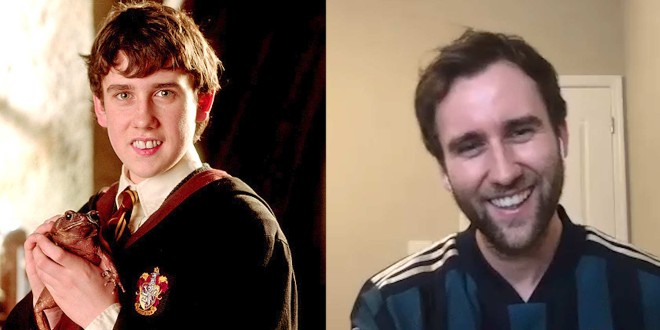 Fans of the Leeds-born and Leeds United-supporting actor can catch him in a new romantic and family (or almost-family) comedy, Baby Done, starring opposite New Zealand comedienne Rose Matafeo (Funny Girls). Explaining his choice, he said that while he isn’t a father as yet, the film’s creators and the story found him at an appropriate time in his life:

Rose [Matafeo] and Taika [Waititi] were both attached, and with that kind of calibre of people, I knew it was going to be a good script. I read it and immediately just fell in love with the story. I’m 31 years old, and so a lot of it resonates with me. My older siblings have all got kids; my parents are constantly sort of, like, ‘When are you guys gonna…?’ So I’m acutely aware of all that kind of stuff, and the characters just felt so real and so warm. I just felt like I knew what to do with it.

The trailer teases that Matthew’s character is in for a wild ride in this one, with a couple of figurative and literal falls along the journey.

Does this mean Matthew is as ready for having children as his fictional counterpart in Baby Done? Perhaps not just yet, since he said, “I’ve already got two dogs, and they’re a nightmare. I can’t have kids as well.” However, he thinks he is bound to get more nudging after his family sees the movie:

Don’t even know if I’ve told them what it’s about. I think I was like, ‘I’m just making this romcom in New Zealand, don’t worry about it’. When my parents see it, [G]od, they might be like, ‘You’d be a good dad!’ Probably going to be more ammunition for them to throw my way.

The movie was inspired by director Curtis Vowell and writer Sophie Henderson’s real-life experiences as a couple going through pregnancy and all the life changes it brings. “Curtis is a lot more like Tim than he would care to admit,” Matthew let us know cheekily. Don’t let the creator duo hear him say that!

Baby Done is out now in cinemas in New Zealand and Australia.